Perspectives and Motivations Vary in Reopening of the Middle East

Countries across the Middle East and North Africa are reopening their economies under very different circumstances. 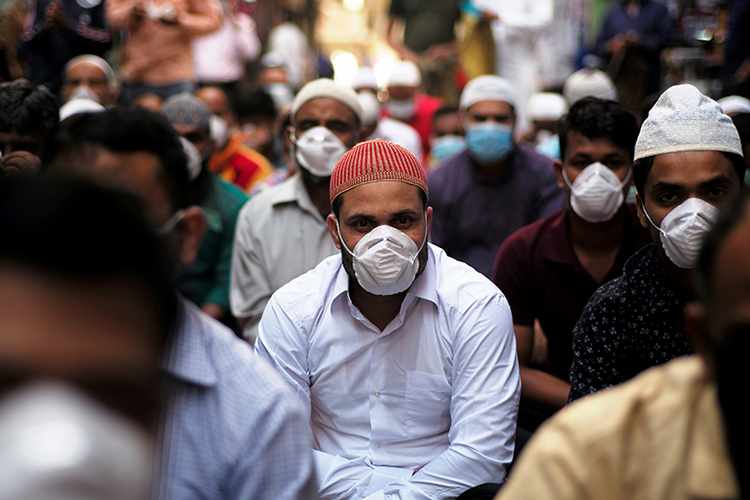 Like many around the world, the governments of countries in the Middle East and North Africa (MENA) are eyeing a reopening of their societies. While many countries have chosen a careful, gradual approach to lifting their COVID-19 measures, the motivations for reopening differ widely.

In Algeria, businesses have started to reopen gradually in the past weeks, with schools set to reopen after June 14 when COVID-19 lockdowns are set to expire. With Algeria’s case count still increasing, local experts claim the country needs to expand testing in order to ensure a safe reopening.

Algeria’s western and eastern neighbors have seen far-reaching measures that are now very easing at different paces. Morocco extended its lockdown to June 10 and has yet to announce a concrete deconfinement plan while Tunisia intends to open higher education, religious sites, and the hospitality sector on June 8.

Middle Eastern states like Jordan and the UAE have seen some of the strictest measures globally. Jordan had loosened some measures weeks ago but decided to reimpose a lockdown ahead of Eid al-Fitr celebrations. The UAE continues most restrictions as the country’s health authorities detected 779 new COVID-19 cases on May 26. Oman has kept its COVID-19 cases relatively low but has seen a recent spike in infections, prompting renewed caution in its government response.

While most countries worry about the damage done to their economies, two nations face increasing pressure over their religious obligations. Home to Islam’s holiest sites, Saudi Arabia is under constant pressure to allow access to the Prophet’s Mosque in Medina and Mecca’s sacred Grand Mosque that surrounds the Kabaa.

As hajj season is soon at hand, Muslims around the world are keeping an eye on the kingdom’s COVID-19 response. Saudi Arabia expects to lift its curfew on June 21, but is still in the midst of its epidemic, passing 70,000 cases on May 23.

With Iranians locked out of Iraqi holy sites in, the government has reopened its local shrines to permit worshippers under strict measures, even as much remains unknown about the true COVID-19 figures in Iran.

Like many countries around the world, economic difficulties are forcing a reopening of industry and the hospitality sector in the MENA region. Bahrain is reopening and hopes to soon reopen its highway to Saudi Arabia, a major source of income for local hotels and restaurants.

Egypt is similarly dependent on tourism and is reopening hotels after a major downturn in its economy. In Kuwait, authorities are considering reopening mosques as its May 30 expiration date for curfews approaches, but cases still continue to climb.

Several countries appear to be using the COVID-19 crisis to expand their control over the population. Amid the chaos of the crisis, Turkey is targeting feminist movements, increasing state power, and even alleging another potential coup attempt. Algeria is similarly using the crisis to target Hirak protesters and activists. In Qatar and Israel, COVID-19 apps that monitor citizens are raising concerns about increased state surveillance and a loss of privacy.

In Iraq, Lebanon, and Palestine, the local COVID-19 outbreak is just one of many crises. Lebanon and Iraq were facing major unrest and opposition to government policy before the crisis and economic woes have only added to local tension.

In Palestine, a fourth crisis has arisen as the growing threat of Israeli annexation of vast swaths of the West Bank looms.

Ongoing violence in Libya repeatedly targets crucial infrastructure needed to fight the pandemic like hospitals, ports, and airports as the Tripoli-based Government of National Accord (GNA) has refused international calls for a ceasefire.

Syria has seen some success in realizing a ceasefire, but sporadic violence and damaged infrastructure and healthcare facilities have limited the country’s ability to cope with COVID-19 patients.

Yemen remains the worst conflict-affected region in the world as many of its hospitals have been turned into rubble, and local experts fear the worst.

With countries wavering amid conflict, economic pressures, and health crises, the MENA region faces a variety of challenges. While the region has kept the impact of COVID-19 relatively limited, most governments remain cautious of a second wave as they take the first steps towards a return to normalcy.