Minor charges are landing activists in prison in what Amnesty International says stunts free speech and endangers their lives. 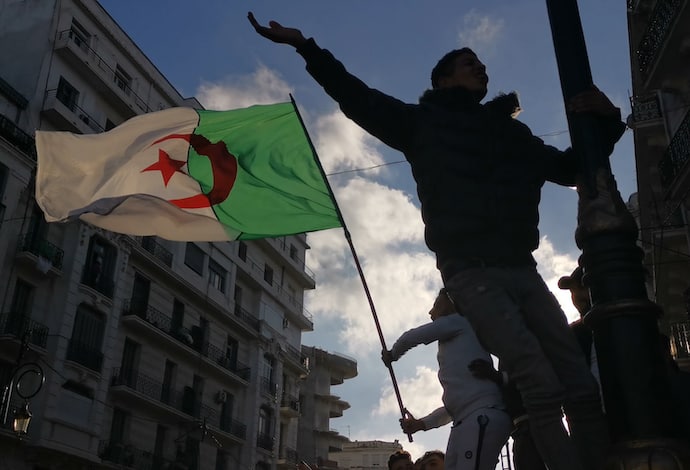 On Wednesday, May 20, a judge sentenced activist Soheib Debaghi to one year in prison on charges related to posts on Facebook. The government appears to be prosecuting the young man over criticizing the government, limiting his free speech and potentially endangering his life, according to several NGOs.

On April 27, Amnesty International revealed Algerian efforts to quell dissent under cover of the global pandemic. Amnesty reported that political opposition often results in charges of “harming the integrity of the national territory,” “incitement to unarmed gathering,” or “publications meant at harming the national interest.”

Algerian authorities clearly did not heed the Amnesty report as they charged Debaghi on Wednesday with organizing an “illegal gathering,” as well as “insulting an official body and publishing potentially damaging material.”

Amnesty had urged the government to allow citizens their free speech, saying “Algerian authorities must urgently halt arbitrary prosecutions aimed at silencing Hirak activists and journalists amid the COVID-19 pandemic.”

Debaghi’s sentence is the third unfortunate case this week. Larbi Tahar and Boussif Mohamed Boudiaf also received 18-month sentences for their own Facebook posts. These cases are examples of structural and systematic attempts at stifling dissent, according to Amnesty.

Heba Morayef, Amnesty’s director for the MENA region, is concerned that prison sentences amid a COVID-19 outbreak could endanger lives over controversial opinions. “The authorities must immediately and unconditionally release all peaceful activists detained solely for expressing their views online and offline and/or calling for a democratic change,” Morayef stated.

He reiterated the government’s misuse of the health crisis, saying, “at a time when the Hirak has suspended its peaceful protests due to the pandemic, the authorities have pounced to imprison one of its leaders after an expedited and unjust trial.”

The Algerian government has rapidly accelerated arrests and prosecutions of activists and their supporters. When the country first  reported coronavirus within its borders, Algerian authorities used the virus to ban protests and force citizens off the streets. The virus provided the opportunity to follow through with something the government had not been able to do for over a year: Force its citizens back into their homes.

The government used a legitimate threat to stop the Hirak protests that had rocked the country for over a year. Without addressing the movement’s concerns, Algeria was able to pressure its citizens by appealing to their sense of solidarity and practicality.

The government would reserve none of that compassion for its opponents as it ceased the moment to further silence opposing voices, according to Human Rights Watch.

Since Algeria detected its first case, at least a dozen activists have been questioned for their online expressions. Several received lengthy sentences that could see them exposed to coronavirus while in prison.