Doctors without borders is seeing a rapid COVID-19 outbreak as it urges swift intervention by the UN and donor states. 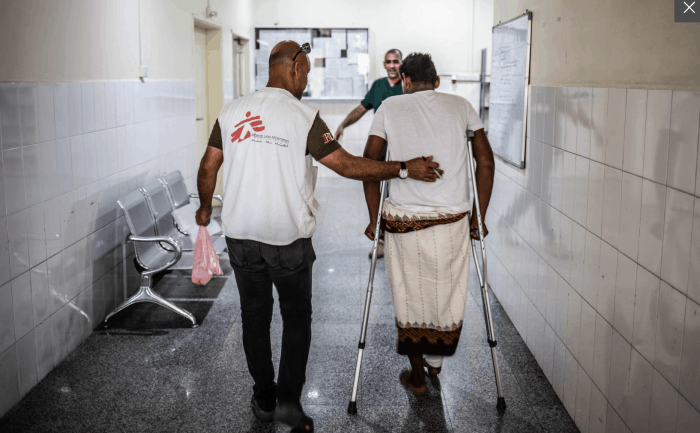 The international health NGO Doctors Without Borders (MSF) has issued a distress signal for thousands of Yemenis from their treatment center in Aden. The center is the only place in Aden with the facilities needed to treat people infected with the coronavirus and the NGO is facing a worrying flood of patients.

Between April 30 and May 17, 173 patients have been admitted to the center, 68 of whom have since died. Since patients are often admitted while already suffering from advanced infections, there is little that the NGOs medical staff can do to save their lives.

Yemenis dying in their homes

The fact that newly admitted people show signs of advanced stages of the infection’s symptoms suggests that many people are suffering from the infection at home, where they can do nothing but wait to die. While detecting cases is difficult, a rapid increase in burials in the city have revealed that as many as 80 people a day are dying, an eight-fold increase over ‘normal’ numbers.

Caroline Seguin, MSF’s operations manager for Yemen is raising the alarm. “What we are seeing in our treatment centre is just the tip of the iceberg in terms of the number of people infected and dying in the city,” Seguin stated on MSF’s website. “People are coming to us too late to save [them], and we know that many more people are not coming at all: they are just dying at home. It is a heart-breaking situation.”

Rapid assistance from abroad is needed to save the lives of many who will perish from symptoms that could otherwise be treated. Help will have to come from the highest levels, according to Seguin. “The United Nations and donor states need to do more and do it urgently, not just for Aden but for the whole of Yemen,” MSF’s local manager said.

In order to make a difference and save local lives, the international community needs to urgently provide money for healthcare workers, protective equipment to keep them safe, and ventilators to help patients breathe.

“The high level of mortality we are seeing amongst our patients is equivalent to those of intensive care units in Europe,” Seguin stated, “but the people we see dying are much younger than in France or Italy: mostly men between 40 and 60 years old.” In order to ensure Yemen’s healthcare system that already struggles to treat Malaria and Dengue fever survives, rapid deployment of resources is needed.