After a cease-fire brought calm to Syria, could the same happen in Libya? 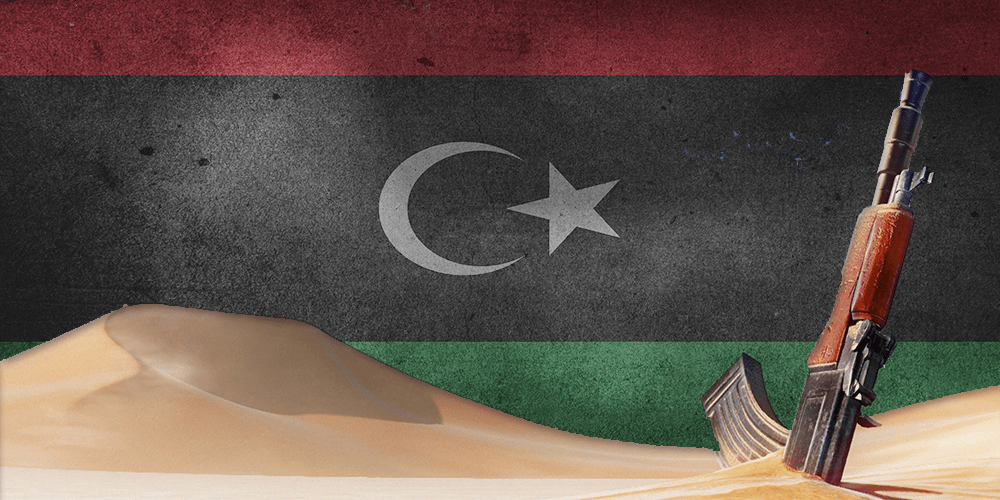 A glimmer of hope appeared for war-torn Libya as Russian Foreign Minister Sergei Lavrov and Turkish Foreign Minister Mevlut Cavusoglu spoke on Thursday, May 21. The two foreign ministers announced that they had agreed on backing an “immediate ceasefire,” according to Reuters.

After a March cease-fire in Syria between the two countries resulted in a state of relative calm in Idlib, desperate and weary Libyan civilians may be hoping the same could come true in their devastated country.

Calls for a cease-fire

Several other countries that are involved in the Libyan civil war have similarly expressed their wish for a pause in violence and the spiraling chaos of stalemates, reprisals, and minor territorial gains that have marked the conflict.

On Wednesday, May 20, the Minister of Foreign Affairs of the UAE, Anwar Gargash, took to Twitter to affirm that the UAE’s position “has been firm and clear and shared by the majority of the international community.” He announced the UAE will back a comprehensive cease-fire and a return to political negotiations as “the only acceptable path forward.”

“This crisis has been going for almost ten years; Libyans will not have the chance to create a stable or prosperous country until combatants aim higher than tactical territorial gains.” Garbash tweeted, saying “these are mirages of victory and no substitute for a political process.”

The statement followed a May 12 statement from the EU. The European bloc’s foreign affairs chief, Josep Borrell stated that “the European Union demands that all parties act responsibly and immediately cease the fighting all over Libya,” while similarly calling for a resumption in UN-brokered negotiations.

The EU was responding to a report from UN Secretary-General Antonio Guterres that highlighted the suffering the conflict has inflicted on Libya’s civilian population.

The Eastern Libyan forces, led by Khalifa Haftar, initially called for a cease-fire on April 29, to coincide with the Islamic holy month of Ramadan. The call came days after Haftar proclaimed a mandate that was ill-received by his foreign allies, including the UAE, Russia and France.

However, the Tripoli-based government rejected the cease-fire as it was making territorial gains against the Eastern faction after having been under siege in the capital for over a year. Nevertheless, the advances made reveal a typical element of the Libyan conflict as they possess a temporary advantage that is anything but decisive.

The Tripoli-based Government of National Accord (GNA) appears to have lost some of its legitimacy in the eyes of international observers even as they have gained a temporary military advantage. While it makes advances against positions held by Haftar’s forces, the GNA continue to be powerless in the country’s oil fields that are the key to Libya’s economic outlook.

As the Tripoli government delays answering the call for a cease-fire, Libya’s civilians continue to suffer. The GNA now risks losing its label as the ‘internationally recognized’ government as it appears to ignore calls from the UN, EU and even its important military backer Turkey. It is unclear how the GNA intends to continue fighting if Turkey opposes such actions.

As politicians and their aligned militias contemplate the sudden international pressure on Tripoli, the Libyan people remain the victim with little agency over their country’s fate. Antonio Guterres’ report to the UN Security Council on May 11 highlighted the dire situation that Libyans are facing as fighting continues.

The UN secretary-general report revealed how both sides had continued arming their mercenaries with more advanced weaponry in breach of the internationally-backed arms embargo. Guterres also brought attention to the 200,000 unfortunate people forced to abandon their homes in and around Tripoli. And, amid these factors, the coronavirus pandemic presents a looming and uncontrolled threat to all.

The cease-fire is crucial to alleviating some of the Libyans’ suffering ahead of the end of Ramadan. Pointless fighting over minor territorial gains have, since the start of April, resulted in nothing but pointless suffering. An attack on pipelines in Shuwayrif, that carry vital water supplies to remote regions, left two million people without water.

Similarly, the stability near the Tunisian border is threatened by continued fighting and natural gas supplies were hindered in Miratah and Khums making it impossible to cook Iftar meals. While fighting directly impacts the daily necessities of civilians, the continued closure of the vital oil industry means Libya has few resources to improve the economic outlook of its population.

With most of the world uniting behind a cease-fire ahead of Eid al-Fitr, the Tripoli-based government risks losing any legitimacy it had left. And, as the UN pushes for diplomacy on the economic, military, and political elements of the conflict, the offered cease-fire provides an unexpected possibility of relief in what has been a conflict devoid of hope.