Bloody protests sparked by Lebanon’s currency crash killed one protester and left banks alight in the northern city of Tripoli on Monday night. 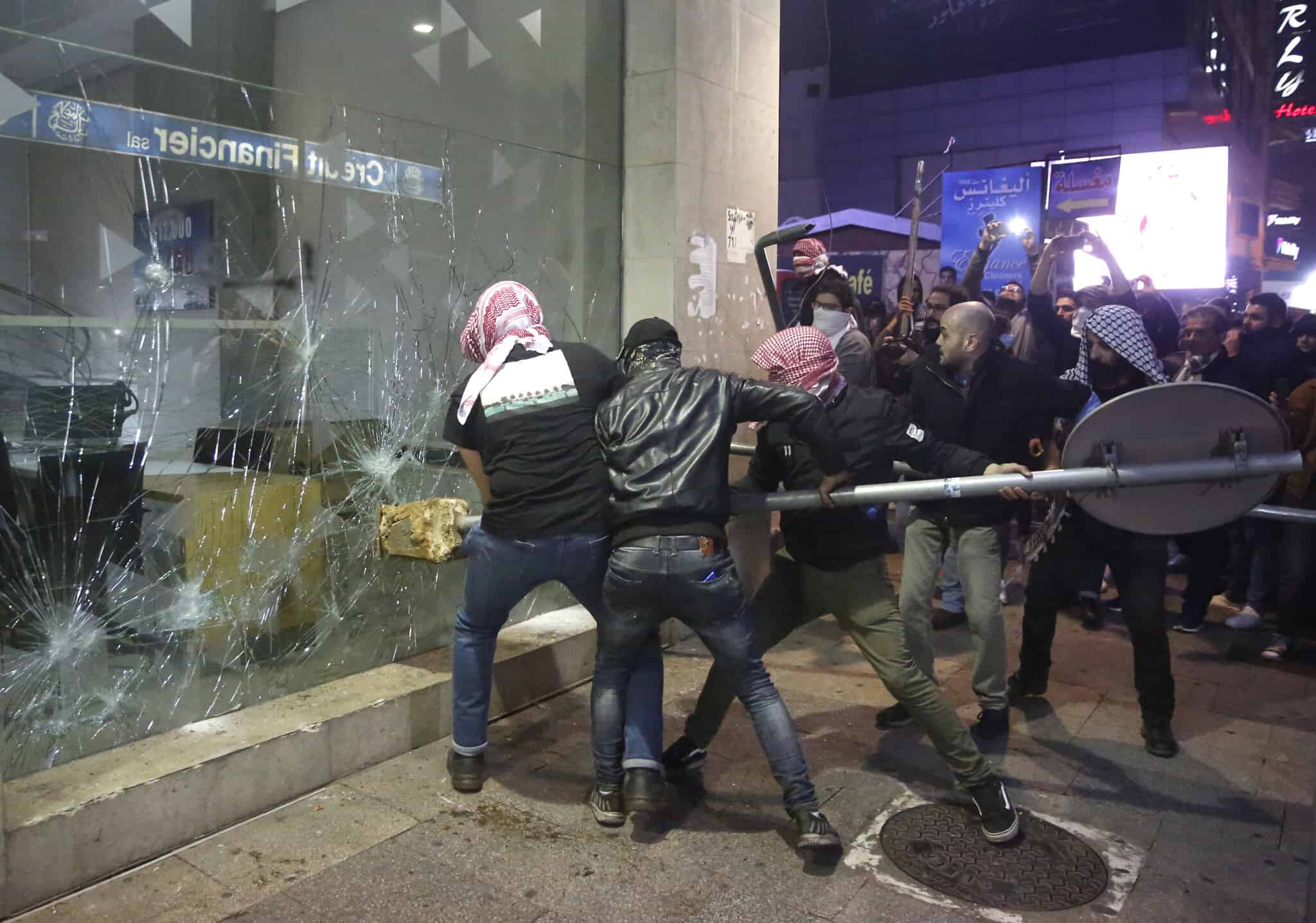 Protesters in Lebanon defied COVID-19 curbs and took to the streets of Tripoli, the country’s second-largest city on Monday, April 27. Anger over the country’s dramatic currency crash that has caused the cost of living to skyrocket boiled over into violent clashes between civilians and security forces that left one protester dead and over 50 army personnel injured, according to Lebanese government and media accounts.

Protester Fawaz el-Samman was allegedly fatally injured by live ammunition fired by security forces to calm an aggressive, stone-throwing crowd on the streets of Tripoli on Monday night. This morning, Samman’s sister announced via Facebook that her brother died from his injuries.

“My Brother Fawaz Fouad al-Samman, 26, was martyred by his wounds as a result of a live bullet during the rebel clashes with the army yesterday in Tripoli,” Fatima Fouad wrote today, Tuesday, April 28.

A candlelit vigil in front of the Bank du Liban in Hamra, Tripoli in honor of Samman is scheduled to take place at 9 p.m. local time on Tuesday.

The Lebanese Army released a statement on Tuesday saying 54 troops were injured in the Tripoli riots and other clashes around the country, triggered by Lebanon’s worst economic crisis since the 1975-90 civil war.

“Army units arrested nine individuals for throwing firecrackers and stones at the residence of MP Faisal Karami and at soldiers deployed in the area [of Tripoli], for triggering chaos and for torching three banks and their ATMs,” the statement said.

“Some protesters also torched an army vehicle, which prompted troops to fire in the air and throw tear gas to disperse the demonstrators,” the state-run National News Agency said.

What appears to be gunshots can be heard in a compilation of video footage from Tripoli showing hundreds of people running through streets cloaked in thick smoke amidst burning buildings, shared by Sky News Arabia’s Lebanon correspondent Salman Andary.

Banks were a major target for protesters’ anger and several were still ablaze on Tuesday morning, prompting the national banking association to close banks in Tripoli until “the return of the security.”

The value of the Lebanese pound plunged even further over the weekend and is currently trading at a black market rate of 3,800 pounds to the dollar, while the official exchange rate remains at £1,507. The currency devaluation has sent the price of food soaring, while the deeply indebted country’s liquidity crisis has been further exacerbated by the nationwide COVID-19 lockdown.

Monday’s outpouring of discontent was not limited to the impoverished north, and security forces trying to clear blocked roads across Lebanon were reportedly met with fierce resistance. In the capital Beirut, enraged residents used a Molotov cocktail to torch a bank in the suburb of Ras el-Nabaa in the early hours of Tuesday morning.

Protests are likely to continue over the coming days, in spite of the threat of COVID-19 and violent tactics employed by security forces as there is no end in sight to Lebanon’s spiraling economic crisis.