Lebanon faces health, economic, and political crises, forcing people back onto the streets. 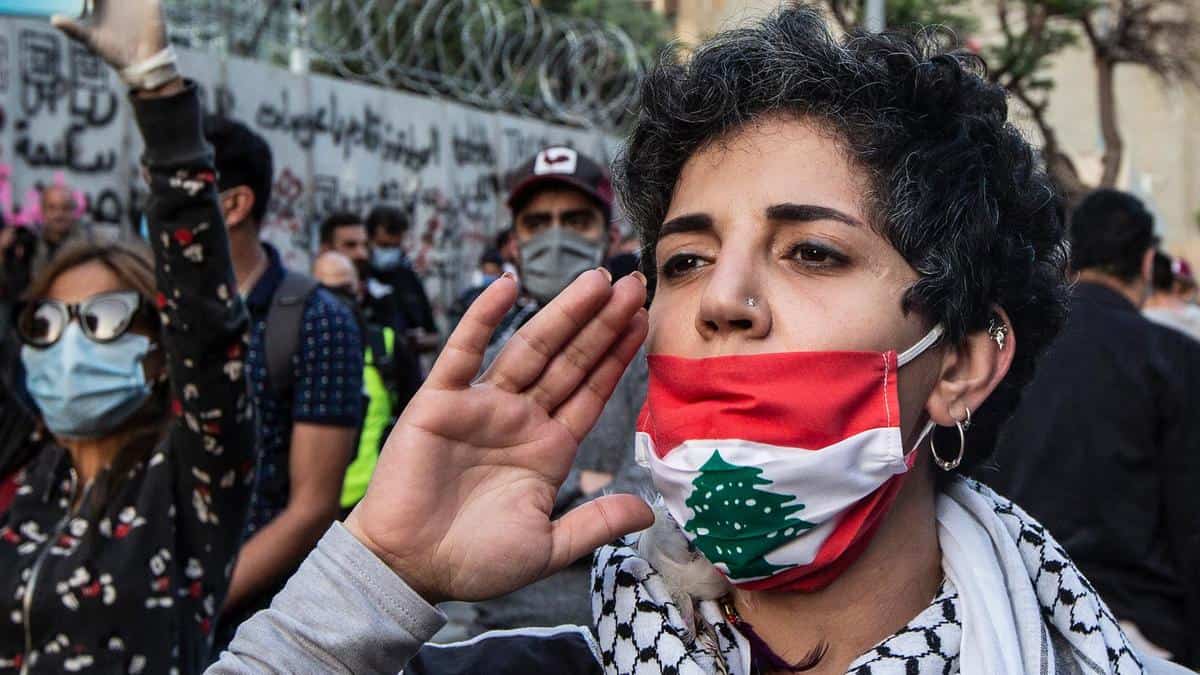 The threat of the COVID-19 pandemic means most national leaders do not have to fear public protests over their actions. During the last financial meltdown in 2008, demonstrators around the world protested government measures and expressed their displeasure with the handling of the crisis. The unique characteristics of our current economic crisis amid a pandemic allow little opportunity to voice discontent.

In Lebanon, however, the economic crisis that started long before the pandemic has resulted in enough economic hardships for protests to reemerge. On April 21, Lebanon’s frustrated masses protested the government from their cars and on April 26, people became desperate enough to take to the streets once again.

The country’s economic woes started long before the virus appeared. Corruption, mismanagement, and incompetent politicians sent the country spiraling from one crisis to the next. The country ground to a halt last year as nationwide protests rocked its political elite. In order to increase state revenue, 2019 saw the Lebanese government announce several new taxes on fuel, tobacco, and on the use of popular social media application Whatsapp.

The Lebanese people thought the new taxes shifted the financial burden, created by inept politicians, onto the people. At the same time, the people could not count on their government to provide basic services such as electricity, water, and sanitation. The ensuing protests saw political offices destroyed, roads blocked, and masses of Lebanese people turning out to protest their government’s policies.

Eleven weeks of protests that started on October 17, 2019 and continued until the end of the year forced Prime Minister Saad Hariri to announce his resignation, while the government abandoned many of the proposed taxes. Lebanon’s economic problems were only getting worse. The country was forced to default on the repayment of its Eurobond loans in March this year and announced its depleted foreign currency reserves would no longer be used for the repayments.

The Lebanese government’s inability to pay back its growing debt caused a deepening monetary crisis. Over the weekend, yet-unknown assailants threw an explosive device at a bank in southern Lebanon, as the Lebanese increasingly blame their banking sector and central bank for the country’s troubles.

Riad Salameh, governor of Lebanon’s central bank, is facing criticism from both politicians and protesters. Gebran Bassil of the Free Patriotic Movement (FPM) party blamed “thieving, corrupt, and greedy beneficiaries as well as bank owners, shareholders, and the central bank” for the crisis. While 1,500 Lebanese Pounds equaled approximately 1 US Dollar in 1997, when it was officially pegged to the currency at that rate, in April 2020 it would cost roughly LBP 15,000 to buy the same Dollar.

Banks have stopped any withdrawals in US dollars. Instead, the Lebanese central bank issued rules that any account in US Dollars must be paid out in Lebanese Pounds. The move created severe concerns. Haaretz reported a Lebanese shop owner as saying, “Whatever the rate is, it’s a loss, that’s how we feel. In any bank in the world, if you put your money, they must give it to you (in the same currency) as it was deposited.”

The seemingly unrelenting barrage of bad news that continues to send the country spiraling further out of control has forced people to neglect their personal health and take to the streets. Monday, April 27 saw roads and highways blocked with burning tires as security forces scrambled to reopen them. The continuing deterioration of Lebanese living conditions have resulted in a population that has little to lose, even as the threat of coronavirus endangers its health.

Human Rights Watch (HRW) has warned that more than half of Lebanese citizens are at risk of food insecurity while hundreds of thousands of Lebanese people are expected to soon slip under the global poverty rate. Increased hunger, frustration, and poverty will ensure continued protests and a potential worsening of the country’s COVID-19 outbreak.

Lebanon currently has 707 recorded cases of COVID-19, including 145 recoveries and 24 deaths, but many fear the virus could easily spread undetected. The official numbers are low– too low, according to many public health experts that fear the country has little control over its epidemic. The country’s economic woes mean that medical imports are limited as purchases in USD are complicated.

“Many people who had an income have lost it, and if the government does not step in, more than half the population may not be able to afford food and basic necessities,” senior HRW researcher Lena Simet told Arab News. How much firepower the Lebanese government has left to stem the tide is unclear as economic, health, and political crises continue to devastate the country and fuel each other in a calamitous spiral of misery and discontent.