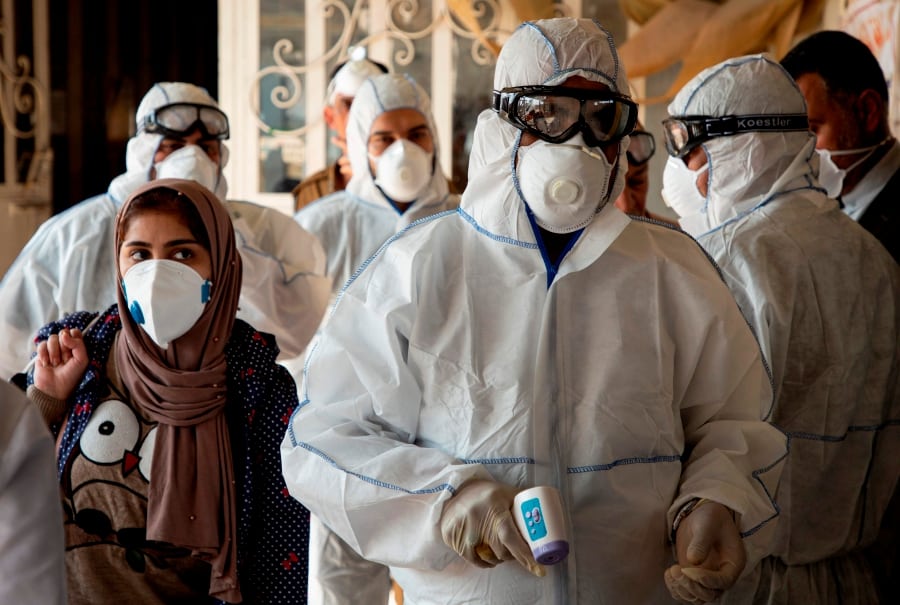 “The Middle-East still has a chance to stop COVID-19,” said Richard Brennan, regional emergency director for WHO’s Regional Office for the Eastern Mediterranean on Tuesday, April 8. The region has confirmed 77,000 COVID-19 cases and almost 4,000 deaths to date, with 78% of those cases in Iran.

The fact that all other Middle Eastern countries have reported less than 4,000 cases, with most counts below 1,000 means there is still hope for the region, according to the WHO official.

While the US and UK have witnessed a disproportionately high death rate among people of color, the Middle East is thus far reporting averages similar to those seen across the globe.

Iran demonstrates a worst-case scenario with the virus spreading amid chaos and economic devastation. The country’s numbers appear to be flattening out, in an encouraging sign that the Iranian outbreak passed its peak. “Of all the other countries, in most instances we are still seeing a concerning rise in the number of cases day after day,” Brennan said about Iran relative to other Middle Eastern nations.

Early preventative measures such as lockdowns and the closure of public events have helped stem the spread of the virus. Most countries in the Middle East are reporting numbers significantly lower than their European counterparts. The focus should now change to testing as many people as possible.

“We really do need a comprehensive approach to the way we scale up the proven public health measures such as early detection, such as early testing, the isolation of patients who have the disease,” Brennan said.

A number of concerning issues remain that might complicate matters further. A shortage of healthcare workers in the Eastern Mediterranean region could endanger the feasibility of rapid testing, which is required to ascertain the scope of the virus’ spread.

“We need health workers to be mobilized to ensure their availability to meet shortages,” Ahmed Al Mandhari, Brennan’s superior, proclaimed during an online press conference in Egypt.

The WHO and many international NGOs have raised an alarm about the region’s conflict zones. After initial encouraging news of a potential ceasefire, Yemen remains with limited hope of relief. Russia and Turkey have committed to a ceasefire in Syria as they respond to their own national health crises, providing a brief lull in violence for the devastated country. Libya’s embattled and besieged national government has started to report cases, but its lack of control over most of the country means that authorities lack the ability to stem the tide.

Countries facing political and economic instability, such as Iraq and Lebanon, are similarly concerning. Human Rights Watch sounded an alarm in an April 8 statement about the dangerous effects of government measures. Without much economic support for citizens in lockdown, the watchdog NGO fears the impact of the virus could easily extend beyond those infected.

As the world continues to struggle to contain COVID-19, the Middle East’s early implementation of measures has helped prevent a rapid spread of the virus. Now that lockdowns are in place and more is becoming clear about the novel coronavirus, the Middle East requires another push to enhance testing and increase healthcare capacity.