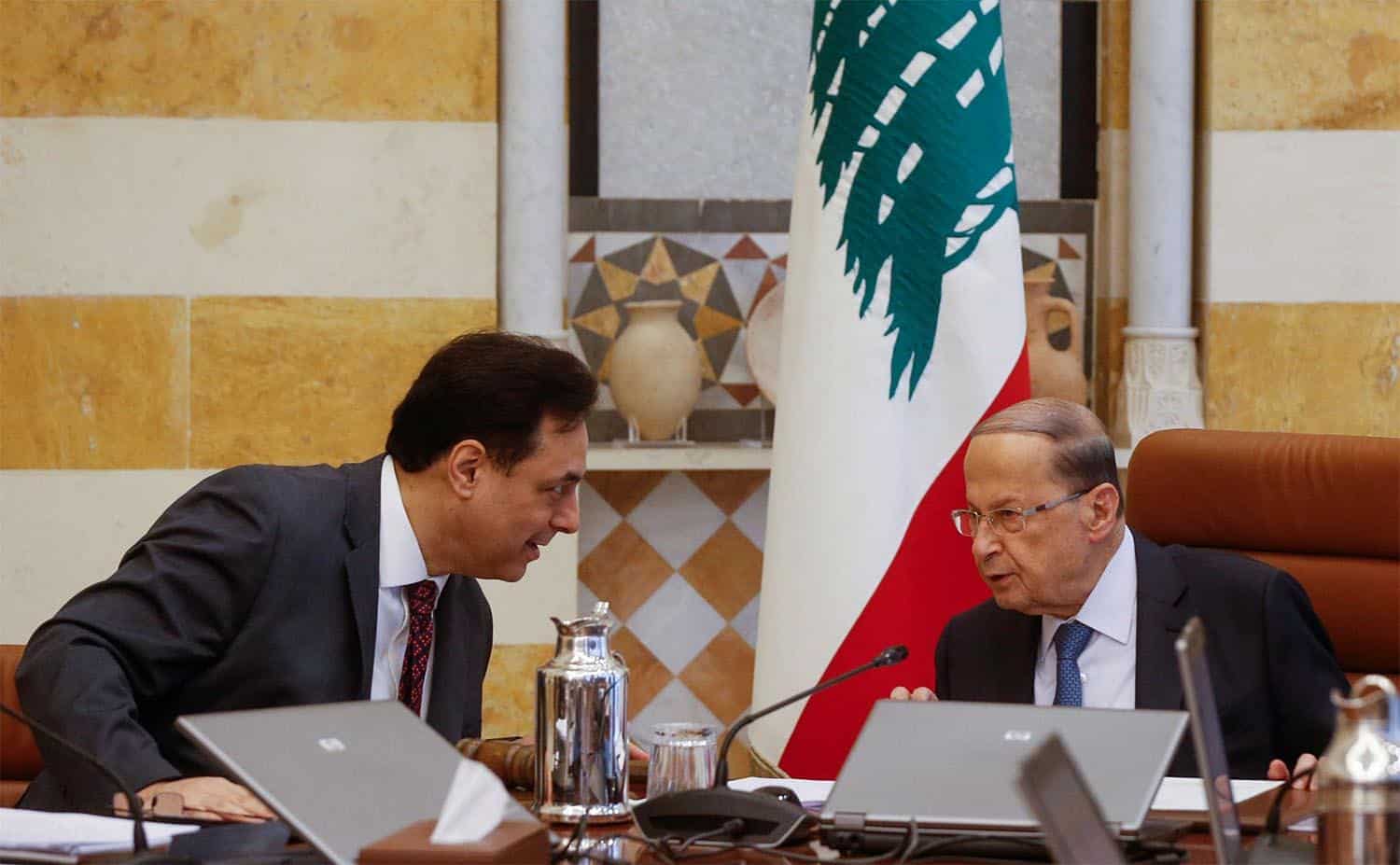 Lebanese President Michel Aoun called on the international community on Monday, April 6 to support the country financially and to help Lebanon overcome a severe economic collapse.

The country has witnessed its greatest financial crisis in recent history over the past several months, and the spread of the new coronavirus epidemic is exacerbating the crisis.

The country has experienced a rapid economic downturn for months, with a severe shortage of liquidity, a significant decline in foreign reserves, and a decrease in the value of the Lira against the US Dollar in the parallel market.

While the government, which was formed at the beginning of the year, worked on an economic plan that it described as a “rescue,” COVID-19 arrived in Lebanon. The country has so far recorded 541 cases, including 19 deaths.

Aoun urged support during his meeting with ambassadors of the International Support Group for Lebanon (ISG) member states, which include European and Arab countries.

“Given the seriousness of the current financial situation, and the significant economic effects on the Lebanese, residents, and displaced persons, our reform program will need external financial support to support the balance of payments and to develop our vital sectors,” Aoun stressed.

The ISG, during its last meeting in Paris at the end of 2019, stipulated the formation of an “effective and credible” government that would undertake “urgent” reforms to provide any financial assistance to Lebanon.

Prime Minister Hassan Diab’s cabinet, nominated in January to tackle a financial meltdown and unprecedented anti-government protests, has pledged a far-reaching reform plan to address the crisis as the cabinet seeks to enter restructuring negotiations with creditors.

The coronavirus pandemic has added to the country’s difficulties, complicating reform efforts, Aoun said, appealing for help. “Today we are confronting all these crises and their consequences and we welcome any kind of international assistance,” he added.

Lebanon suffers from debts amounting to $90 billion, which constitutes approximately 170% of its gross domestic product, according to the credit rating agency Standard and Poor’s. This debt percentage is among the highest in the world.

Lebanon announced last month that it had stopped paying all Eurobond dues in foreign currencies as part of a comprehensive debt restructuring that would protect the “limited foreign exchange reserve.”

The influx of Syrian refugees to Lebanon since the conflict began in the neighboring country nine years ago has exacerbated the small, fragile country’s economic burden.

The secretary-general of the United Nations described the COVID-19 pandemic as the “most challenging crisis humanity has faced since World War II.”

The Syrian refugee crisis was previously described as the worst humanitarian crisis since the Second World War. Lebanon currently hosts two of the worst crises that have afflicted the world for 75 years.

Authorities estimate that there are 1.5 million Syrian refugees in Lebanon, less than a million of whom are registered with the Office of the United Nations High Commissioner for Refugees. Most of them live in difficult conditions and depend on international aid.