Lebanon: Unrest Grows in Parallel to COVID-19 and Liquidity Crises

In the past week a prison riot, self-immolation attempt, and bank hold-up highlighted growing instability in Lebanon, fueled by the liquidity crisis and COVID-19 pandemic. 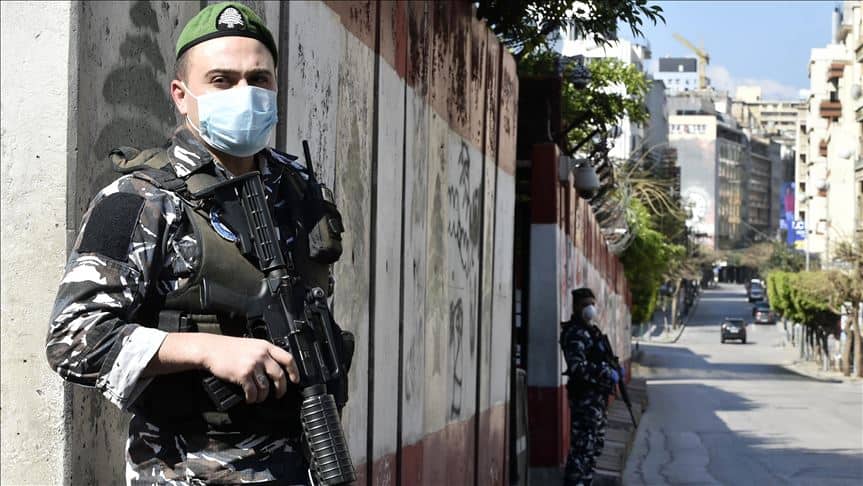 Lebanon is suffering under the weight of dual shocks from its economic crisis, punctuated by a Dollar shortage, and the growing coronavirus outbreak that promises to deepen the country’s economic woes.

In recent days, a number of alarming incidents demonstrated high levels of fear and uncertainty spreading, like COVID-19, throughout the country.

A man-made a failed attempt at self-immolation today after his bank refused his request to withdraw $500 from his savings account, containing $200,000, in southern Lebanon.

Lebanese news outlet Naharnet reports the individual from Jdeidet Marjayoun drenched himself and part of the bank in fuel before security forces intervened and successfully stopped him from igniting the accelerant.

The man’s extreme reaction demonstrates the heightened level of uncertainty in the Lebanese banking and finance sector.

Parliamentary Speaker Nabih Berri appears to be equally alarmed by the status of Lebanese bank deposits and raised the issue with Central Bank Governor Riad Salameh on Tuesday, April 7. Berri called on the bank to reassure citizens about their savings, and guarantee their deposits, be they big or small.

“Speaker Berri reaffirmed to Salameh that people’s deposits in the banks must be considered sacred and must not be acted upon under any circumstances,” a spokesperson said.

“Regardless of what you say is a campaign against the central bank, take the initiative and seriously reassure the people about their money,” Berri allegedly told Salameh in the meeting.

The scarcity of US Dollars has prompted a crash in the Lebanese Pound’s (LBP) black market value. Banks have been restricting access to dollars, creating an environment of uncertainty, further reducing faith in the banking sector and the LBP.

On April 3 a Central Bank circular instructed financial institutions to allow small depositors (holding less than LBP 5 million), to convert savings to dollars and withdraw them at the stabilized market rate. Many account holders are expected to take the opportunity to cash out.

A bank hold-up in the city of Tyre on April 8 synthesized Lebanon’s health and liquidity crisis.  A group of young men entered the bank and took the manager and employees hostage for over an hour before security forces resolved the situation.

The ringleader was demanding $15,000 for his mother’s medical treatment, and hung banners outside the bank stating, “In the Name of the Lebanese People, This Branch Has Been Closed until Further Notice” and “What was Taken by Force Can Only be Retaken by Force.”

“The country’s financial crisis has caused a dollar shortage that, since September, has restricted the ability of medical supply importers to import vital medical supplies, including masks, gloves, and other protective gear, as well as ventilators and spare parts,” Human Rights Watch reported on March 24.

Meanwhile in Tripoli, a wild prison riot broke out on April 7 among inmates scared of COVID-19 infection. Four inmates were allegedly wounded when security forces fired rubber bullets to break up the fracas at Qoubbeh Prison.

The rioters called for the government to make good on its long-running promise of a general amnesty for those who committed minor crimes and drug-related offenses.

On April 6, security forces thwarted an escape attempt from Zahle Prison in the Bekaa Valley when they uncovered a tunnel several meters in length. Family members said inmates were trying to escape because, “they are scared about the coronavirus issue, they are scared it will spread,” Al Jazeera reported.

As of April 5, 559 detainees had been released, Interior Minister Mohamed Fehmi said. Up to 9,000 prisoners are being assessed for release to reduce the burden on the heavily over-prescribed prison system due to the COVID-19 outbreak.

Governments across the Middle East and North Africa have released prisoners in an attempt to prevent the spread of the novel coronavirus in facilities which are often overcrowded and have compromised sanitation.