The Lebanese financial crisis has ‘no light in sight at the end of the tunnel’ as debt payments become 'bigger than Lebanon can bear.' 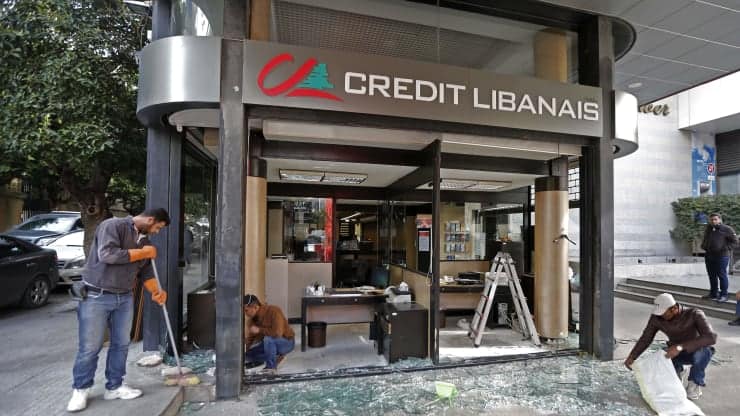 On Saturday evening, Lebanese Prime Minister Hassan Diab nervously fixed his cuff-links, put on his glasses, and adjusted the microphones in front of him. He was about to shock the world.

Lebanon’s economic crisis has been spiraling out of control, leaving the new prime minister with no option but to publicly announce that the government will default on the $1.2 billion bond payment that was due the following Monday.

“Our debt has become greater than Lebanon can bear, it has exceeded Lebanon’s capability to pay its interests. Lebanon has become a prisoner of its own economic policies based on leverage and accumulated interests, which have undermined the productive sectors of our national economy, leaving no light in sight at the end of the tunnel.” Diab declared in his national address.

International partners, local political players, and the Lebanese people were presented with a number of initiatives to stem the tide, drenched in populist language as Diab called for “a new fight for our independence in order to be freed from the enemy tightening its grip on the present and future of the Lebanese people.”

The prime minister’s remarks intend to unify Lebanon’s divided public as the country will have to cut back on its already limited spending. The government announced reform efforts targeting the electricity sector, making the tax system more ‘fair,’ fighting tax evasion, as well as launching a new national anti-corruption strategy.

Shortly after the speech, Hezbollah, which supports the current government, announced their support for the default and their opposition to IMF interference.

Reuters reported Hezbollah’s deputy leader describing the IMF as “a US tool to which Lebanon would not submit” as a Hezbollah MP declared opposition to the neo-liberal reforms commonly demanded as part of IMF support.

Meanwhile, international players urged the Lebanese government to discuss debt restructuring. France offered “ any need for help, either bilateral or multilateral,” while the US treasury secretary told Reuters they were “monitoring the situation.”

Lebanese debts are currently exceeding $90 billion and the World Bank warns that 40% of the country’s people might soon be living below the poverty line.

With internal and international divisions toward the government’s approach, Lebanon’s financial future remains in dire straits.

Read also: Will Dubai Expo 2020 Have the Economic Impact the UAE Hopes For?