The dual economic and COVID-19 crises have put an end to Beirut’s 70-year-old Le Bristol Hotel as a bread crisis looms. 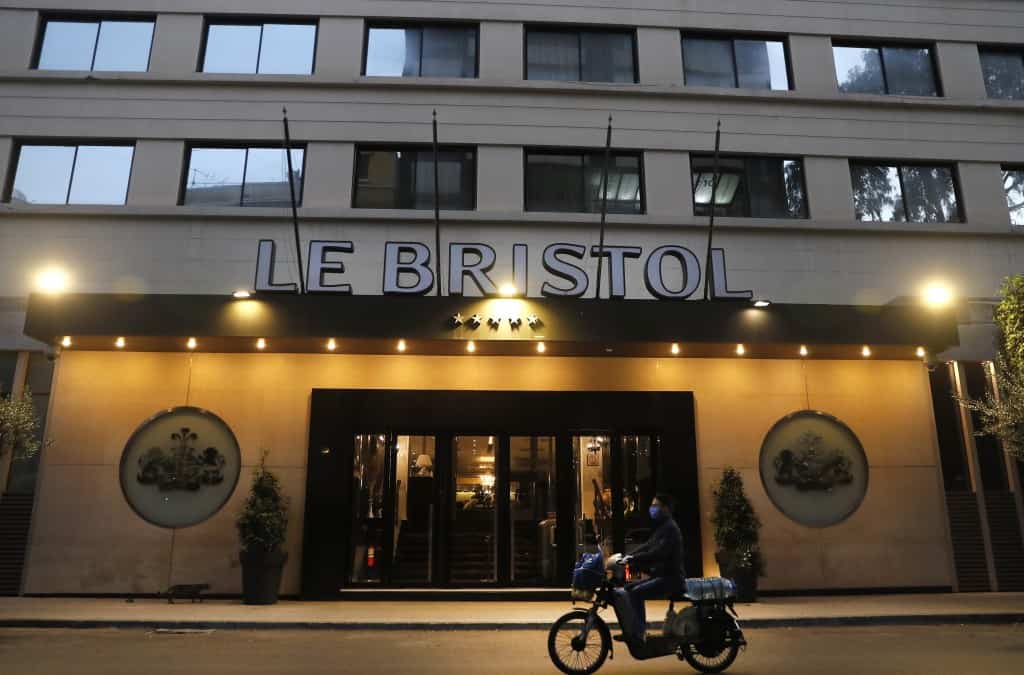 The grand old Le Bristol Hotel has been a Beirut institution for nearly 70 years and survived civil war protests, but will not reopen its doors when Lebanon eventually lifts its novel coronavirus shutdown.

The luxury hotel’s executive assistant manager, Pascale Selwan Tabet, confirmed yesterday, April 18, that Le Bristol was not able to overcome the low occupancy rates caused by the dual shocks of Lebanon’s economic and COVID-19 crises and is now closed for good. According to the national hotel owner’s association, occupancy rates in Beirut were already as low as 10-15% due to months of protests, before COVID-19 halted travel completely.

“The succession of these dramatic events in town and globally has impacted the hospitality industry. Then the coronavirus pandemic ‘executed’ the tourism industry,” Tabet said.

For seven decades, the hotel, an architectural mix of East and West, has brought together the crème de la crème of Lebanese society with royalty and international stars from around the world. Renowned for its gastronomy and lavish ballroom parties, Le Bristol is owned by one of Lebanon’s richest families, the Doumets.

After the hotel’s closure, expected to be officially announced next week, 120 employees will lose their jobs. Lebanon’s unemployment rate is already high and only set to rise further, with the International Monetary Fund (IMF) predicting the Lebanese economy will contract another 12% this year, as opposed to 6.5% in 2019.

Lebanon was already mired in a deep economic crisis prior to the arrival of COVID-19 and defaulted on its international loans in late March. A dollar shortage has further compounded the economic crisis, causing the value of the Lebanese pound to plummet.

The economic crisis is now starting to have a major impact on food security, with bread the latest commodity to be affected. Bakers have announced they will only sell bread directly from their bakeries as of Monday, April 20.

The Union of Bakeries Syndicate claims they can no longer make money on their current wholesale bread price because the astronomical dollar exchange rate has massively driven up production costs.

Union leader Ali Ibrahim said that while distribution represented 90% of bakery sales, “there is no law that forces us to distribute bread.’’

Economy Minister Raoul Nehme has refused the union’s request to raise the standard price of a packet of bread sold in stores, and in retaliation the union is halting distribution to stores, villages, and remote areas.

“We resort to selling straight from bakeries at the official price, with the economy minister refusing to put two prices, between bakeries and shops,” he said.

There are now concerns that Lebanese citizens will struggle to get bread due to the movement restrictions imposed to curb the spread of COVID-19. Former Economy Minister Raed Khoury acknowledges that baker’s profits have declined due to the high exchange rate but argues they are still making money and need to accept lower profits as the new normal.

It remains to be seen how the bread distribution cut will play out on Monday. The union is adamant that they are “not responsible for the overcrowding in front of bakeries,” but it is likely that long bakery queues and increased food insecurity will be consequences of the  Union of Bakeries Syndicate radical decision.