Kadhimi is intent on marketing his new government transparent, but Iraqis have still taken to the streets to protest his cabinet. 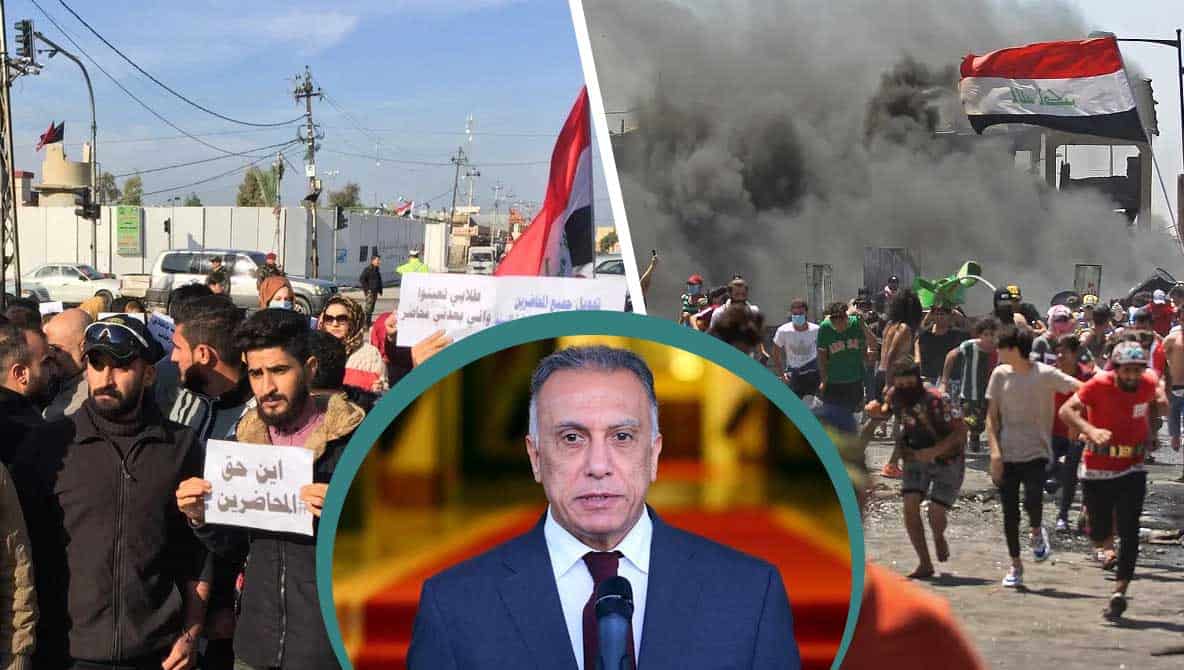 Newly sworn-in Iraqi Prime Minister Mustafa Al-Kadhimi announced yesterday at the first session of the Council of Ministers the release of all detained protestors, affirming his administration will adopt transparency rather than being a government of “dark rooms.”

The PM outlined the formation of a fact-finding committee regarding the events of the Iraqi protests, which erupted in October 2019. The committee is set to hold those involved in the killing of protestors and security services accountable, compensating the families of the victims, and caring for the injured, Kadhimi said.

“The detainees will be released except for those involved in the blood of the Iraqis. We will hold the negligent accountable and provide compensation to those affected,” Kadhimi said.

Kadhimi also announced the formation of a crisis cell composed of specialists in foreign affairs and international relations to review a strategic agreement between the US and Iraq that protects the country’s “unity and sovereignty.”

Kadhimi stressed that his government is committed to transparency and appealed to the media to be careful in conveying information and decisions issued by the cabinet.

The Iraqi PM went on to say that he had issued a decision to form a committee of experts to coordinate with the relevant authorities to overcome obstacles to conducting “early, fair, and free elections.” Finally, he announced his decision to appoint Lieutenant General Abdel Wahab Al-Saadi as president of the Iraqi Counter-Terrorism Service.

Despite the new PM’s optimistic rhetoric, hundreds of Iraqis rallied May 11, 2020, in Baghdad to express their rejection of the new government.

Relations with America and Iran

Kadhimi stressed during diplomatic meetings yesterday that Iraq will not be an arena for settling scores between the US and Iran.

Speaking with the American ambassador to Iraq, Matthew Toler, the PM underlined “the necessity of cooperation between [the US and Iraq] in the economic and security fields and confronting terrorism and regional stability,” but said “Iraq will not be the arena for the liquidation of accounts and the attack on any neighboring or friendly country.”

Toler affirmed that his country is ready to support Baghdad in all fields and help the country confront the COVID-19 pandemic.

“Iraq will not be a passage or headquarters for terrorism or a starting point for attacking any country or arena for settling scores,” he reiterated to the Iranian diplomat.

Like Toler, Masjedi expressed his country’s aspiration to develop bilateral relations and enhance cooperation between the two countries in all fields, according to Iraqi government sources.

Neither Washington nor Tehran issued a statement about the content of the diplomatic meetings.