There is a brief window in which progress can be made towards peace in Syria, according to the UN envoy. 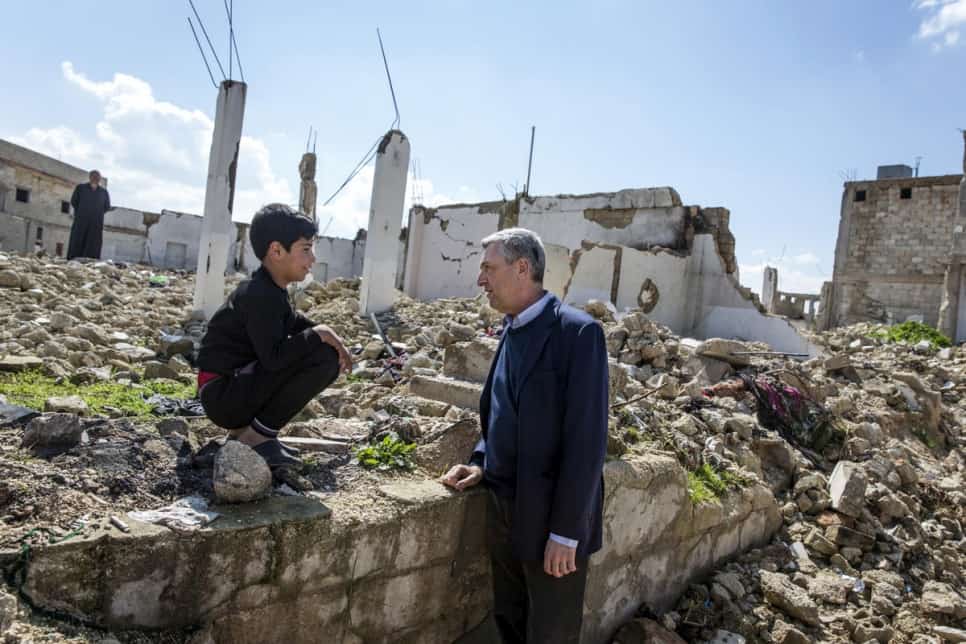 The Special Envoy for Syria, Norwegian diplomat Geir Pedersen, told the United Nations Security Council (UNSC) yesterday that the current lull in military activity has created a moment where positive change is possible if international and internal actors work together.

With much of Syria facing precautionary COVID-19 measures, Pedersen was able to communicate with Syrians across the country through digital platforms. The concerns Syrians expressed left the envoy “struck by how deep their concerns are,” according to his briefing.

Pedersen reported that Syrians expressed widespread disappointment with political actions to improve citizens’ lives. “There is a widespread sense that international competition is more prominent than cooperation, with Syrians paying the price,” the special envoy for Syria told the UNSC.

The UN Envoy reported that Russian-Turkish cooperation had brought relative calm to the war-ravaged Idlib province as both sides are upholding their March ceasefire agreement, but some hostilities continue between opposing factions in the country. Improvised explosive devices continue to pose a threat around Afrin, and intermittent “incidents” of mutual shelling persist.

Echoing the call of the UNSC, Pedersen expressed hope that all key players in Syria could work together to ensure that the current relative calm is “sustained, enhanced, and expanded into a nationwide ceasefire.” However, threats to stability remain after Israeli planes struck targets in Deir-ez-Zor and Aleppo and a military build-up and clashes continue in the country’s southwest.

Daraa, one of the places where the 2011 revolution started, continues to present a “constant risk of escalation” according to the Norwegian diplomat, who also emphasized that instability in Syria is creating instability in the region, especially in Libya where Syrian mercenaries are used.

Pedersen argued for a cooperative approach in countering terrorist groups to ensure stability in the country, saying, “It is hard, but it is not impossible, and we must try.”

Syria has no mass outbreaks of COVID-19 so far, Pedersen reported to the USNC, with the country reporting 64 total cases of the virus. Six of the 64 cases emerged in northeastern regions, while government-controlled areas claim the remaining 58. The northwest of the country has yet to report any COVID-19 infections.

Early COVID-19 measures helped avert a larger spread, and the government is now easing some restrictions. “The importance of full, sustained, and unimpeded humanitarian access” is important, according to Pedersen. The diplomat warned, however, that restricted access to certain regions creates widened gaps in access to medical supplies.

The UN secretary-general’s call to waive sanctions globally has gone into effect in Syria, the UN Envoy stated. He commends the ”public assurances by relevant states that their sanctions programs relating to Syria neither ban the flow of humanitarian supplies nor target medicine and medical devices.”

Although the threat of a major outbreak had been limited, concerns remain regarding the impact of COVID-19-related measures on Syria’s fragile economy and the further depreciation of the Syrian pound. The virus also continues to threaten Syrian refugees at home and abroad, and Pedersen commented that only a political resolution to instability could truly resolve this.

The UN envoy expressed hope that the Geneva-based discussion to establish a new constitution in Syria could soon continue. “If the Constitutional Committee could work seriously, it could build trust, make an important contribution to a political settlement, and be a door-opener,” Pedersen stated. Because of travel restrictions, the committee has postponed meetings but will resume discussions as soon as flying is once again permitted.

Pedersen reported significant progress in local women’s empowerment. His meetings with the Syrian Women’s Advisory Board continue virtually as travel restrictions continue. The board emphasized the “active leadership role that Syrian women are assuming in their communities, in a context of the severe economic crisis and humanitarian needs.”

The advisory board has asked for assistance in order to “help and protect the most vulnerable Syrians including refugees and internally displaced; children and the elderly,” Pedersen told the UNSC. They had asked for special attention to cases of “women who suffer from violence and abuse, and detainees and abductees who are now at greater risk because of the pandemic.”

Pedersen reported that Syria’s civil society appears frustrated as they “perceive that the political process, and not limited to the Constitutional Committee, has stalled.”

A brief window of opportunity

“There have been too many episodes in the past decade where fleeting opportunities to turn dynamics towards a political path were lost,” Pedersen warned the UNSC. “Those missed moments were followed by renewed violence and a hardening of positions among regional and international actors.”

Pedersen appeared eager to use the current relative peace in the country to further a more sustainable peace: “I want to stress that renewed and meaningful international cooperation, building trust and confidence between international stakeholders and with Syrians, including through reciprocal measures, is essential, and could unlock progress.”

Pedersen believed that bilateral discussions between Russia and the US could prove crucial. Pedersen told the UNSC that “Russian-American dialogue has a key role to play here, and I encourage them to pursue it.”

“Ultimately there is a need to come together to support a renewed effort in a Syrian-led, Syrian-owned, UN-facilitated political process,” Pederson urged.

With a relatively stable situation in Syria, the special envoy expressed his hope for “a political settlement that can meet the legitimate aspirations of all Syrians and fully restore Syria’s sovereignty, unity, independence, and territorial integrity.”