Is Saudi Arabia Waging a War on US Oil Producers?

US senators accuse Saudis of trying to destroy the US oil industry and threatening 10 million American jobs. 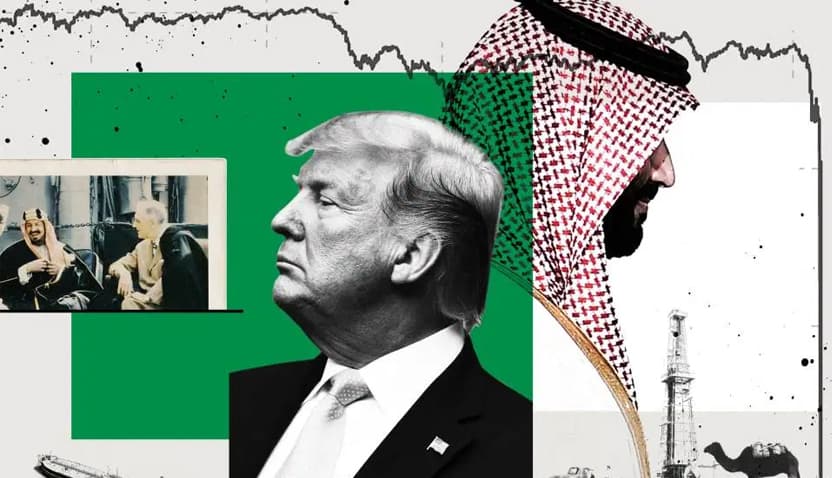 On March 30, nine US senators joined Princess Rima al-Saudi on a conference call, and proceeded to “rip into her,” according to US Senator Ted Cruz. The princess, who is Saudi Arabia’s ambassador to the United States, attended the video conference where the senators “unloaded on her,” Cruz later boasted in a television interview with CNBC. “You are not behaving like a friend when you are trying to destroy thousands of small businesses across Texas and the country,” the senator said.

Cruz accused Saudi Arabia of “exploiting the coronavirus crisis to drive American producers out of business,” and threatened that the Saudi-US relationship could “change fundamentally.” Saudi Energy Minister Prince Abdulaziz bin Salman on April 15 said his country “was never looking to put the US shale industry out of business,” after the world’s oil producers agreed on an unprecedented cut in production.

Just spoke to my friend MBS (Crown Prince) of Saudi Arabia, who spoke with President Putin of Russia, & I expect & hope that they will be cutting back approximately 10 Million Barrels, and maybe substantially more which, if it happens, will be GREAT for the oil & gas industry!

The brief but historic American oil price drop into the negatives on April 20 highlighted the precarious nature of US oil production. With storage running out, the glut in American oil has few places to go amid weak global demand. The US expects its storage facilities will be exhausted within a few weeks, meaning trouble is on the horizon for the country.

While the United States struggles to deal with its expensive-to-produce but abundant hydrocarbons, a fleet of Saudi tankers filled with much cheaper crude is crossing the Atlantic and heading for US shores. These tankers were loaded before the historic production cut and contain a volume seven times the usual monthly intake of Saudi oil in the US.

20 tankers—filled w/ 40mm barrels of Saudi oil—are headed to the US. This is SEVEN TIMES the typical monthly flow. At the same time, oil futures are plummeting & millions of US jobs in jeopardy. My message to the Saudis: TURN THE TANKERS THE HELL AROUND. https://t.co/gYoQzvHAEQ

From Saudi Arabia’s perspective, these are similarly hard times. Like many Gulf states, the country depends on oil exports for a large part of its budget. Saudi Arabia also needs income to continue its diversification efforts, in order to wean itself off its reliance on oil in the long run. The country has publicly flexed its financial muscles in recent weeks, but remains in a precarious situation as global demand remains depressed.

The IMF estimates that Saudi Arabia needs oil prices to hover around $80 per barrel to balance its budgets and the country’s recent $7 billion bond sale surely is an indication that not all is well in the Arabian Peninsula. The country could borrow a record $58 billion during the crisis, according to Arabian Business, and its oil that is heading towards the US has suddenly lost much of its value.

If the US shale gas industry were to collapse and the Saudis received blame, the Middle Eastern kingdom could also lose a valuable strategic ally. The Saudi army, navy, and air force all rely heavily on American weapon-manufacturers and maintenance contracts. Losing US support could seriously undermine their standing in the region.

Saudi Arabia and Russia are arguing over the price and flow of oil. That, and the Fake News, is the reason for the market drop!

If US experts’ fears were to come true with a  US shale gas industry collapse, the Saudis would lose a major competitor in the long run. Shale gas production would be expensive to shut down, and then would require significant investment to restart again, if it ever could. If a collapse were to happen, it could potentially re-balance global supply and demand, which would raise Saudi oil income and state revenue.

When politicians attributed the drop in oil prices to a Russo-Saudi disagreement, the Saudis were able to count the US as a strong ally. In our current situation, if the US oil industry collapses and the 10 million Americans that work in the industry lose their jobs, it is likely the Saudis could become the eventual scapegoat as American politicians cast blame.

Now, as Ramadan commences, the bargain is clear to Saudi Arabia. The kingdom could strengthen its income and long-term economic prospects by doing whatever it can to cause an American industry to collapse. If it does so, the country might lose its most valuable military ally, leaving the kingdom more isolated in the Middle East.

We will never let the great U.S. Oil & Gas Industry down. I have instructed the Secretary of Energy and Secretary of the Treasury to formulate a plan which will make funds available so that these very important companies and jobs will be secured long into the future!

A resolution behind closed doors

In the end, it is very likely a resolution to the stand-off will be based on the relationship between Saudi crown-prince Mohammad Bin Salman and US President Donald Trump. The two leaders have supported each other so far and Trump’s response to the coming fleet of Saudi tankers should give an indication of which leader holds the upper hand.

If Donald Trump decides to put a ban on imports of Saudi crude, the Saudi fleet will have nowhere to go but elsewhere. If they are allowed to sell their oil in the US, the situation could be quite different. Trump has directed others to save the shale gas industry rather than taking it on as a personal task, which might indicate he is positioning himself to be able to cast blame on others later.