Will any artificial agreement work without real-world changes to supply and demand? 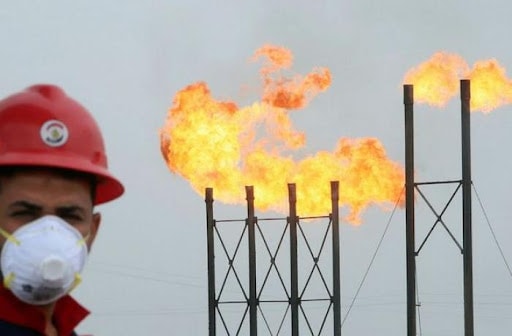 Yesterday, April 13, international media were still lauding “peace in the oil-price war” and a new “re-balancing” of oil supply in response to the COVID-19-related downturn. But as some experts and Arabia Policy predicted on Friday, the cuts have had little effect. After a small bump, prices again began to fall, with average crude oil prices now at $21.39 per barrel.

The 10% cut the major oil producers had negotiated was indeed historic, as production has never been artificially cut by this amount, but we are living in unprecedented times. The incredible drop in demand caused by the global economic collapse proved too great for the agreement to solve.

Artificial production cuts and stimulus alike serve to create brief moments of optimism with the hope that markets stabilize and improve. In contrast, worried sentiments regarding the unprecedented nature of our current dual economic and public health crises have been hard to overturn.

The nature of “good news” regarding COVID-19 has turned to stories about curves flattening and fewer people dying compared to previous days. Although this news could indicate progress, it is hardly the “good news” that would ordinarily spur market optimism.

The “peace agreement” in the Saudi-Russo standoff on oil production numbers created good press, but as experts analyzed the agreement, developments were already undermining its success.

As media headlines on April 13 were praising the agreement, Saudi Arabia’s state-owned oil production company Aramco announced it would be slashing its prices in Asia to lows not seen for decades. The move ensures Aramco will keep its significant market share in Asia, where early signs of recovery from the crisis could mean Aramco is the first oil producer to benefit from increased demand for oil in the region.

The reality of the deal, agreed on by most of the world’s oil producers, is that it might not have been enough. A 10% cut means 90% of current oil production is still flowing straight into storage units in our current supply glut. With demand for oil hampered by a lack of economic activity, reduced international flights, and reduced personal gasoline use, there is little chance an artificial cut would change expectations.

Still, a larger cut in production is in the offering. This cut will not come through any agreement or bilateral commitments. It will come from smaller oil companies collapsing under vast debts they have accrued. In order to produce oil, significant loans usually cover the unprofitable start-up phase. Current oil prices mean it is impossible to repay these debts, as most companies are not even breaking even.

Especially high-cost oil production methods such as those used in the US shale-gas industry, Canadian tar-sands, and deep-sea offshore extraction in the Gulf of Mexico are under threat. While many oil producing countries in the Middle East can extract oil for less than the current crude oil average price of approximately $20 per barrel, extraction in the US or Canada can cost double or triple that amount. This means that companies lose money on each barrel currently produced.

The collapse of higher-cost extraction industries will reduce the current supply glut which could spell the end of such low oil prices. The reverse in oil prices could be fairly sudden, even when combined with positive news of East Asian countries reopening their economies after their lockdowns have helped stem the spread of COVID-19.

When China has fully reopened, and expensive extracting industries have gone bankrupt, supply and demand should start moving closer together. In contrast to the artificial cut announced last week, this combined cycle of collapse and reawakening should lead to a more sustainable oil price.

As daily reporting about COVID-19 remains grim, there appears to be little chance of a rapid recovery in oil prices. Many countries have poured billions or even trillions into economic stimulus separate from budgets allocated to fight COVID-19. The current chaos in oil markets is showing that every dollar spent on healthcare could be the best and most effective stimulus imaginable.

By focusing on fighting the virus itself with all available resources, the world can shorten the crisis and speed up the chances of economic recovery. Anyone who argues for economic stimulus alone should ask themselves what the United States would look like today if the country had poured its $2 trillion stimulus into fighting COVID-19.