With oil prices below $20, Saudi-Arabia reports it has strong reserves and low debt as it pledges $500 million to global corona-efforts. 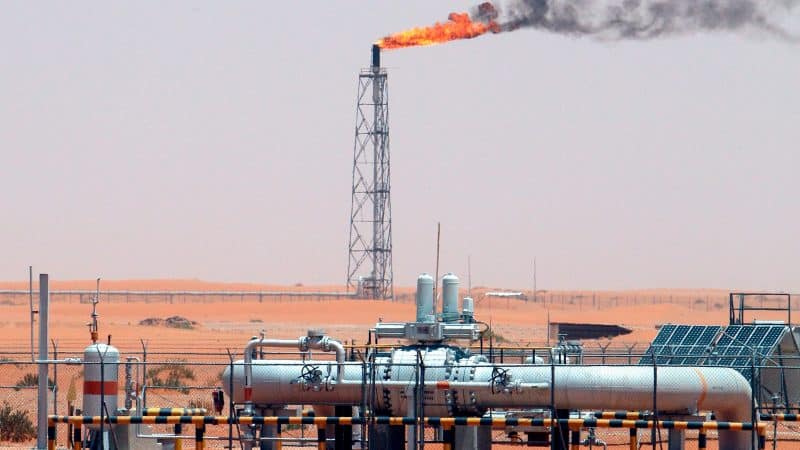 Saudi Arabia is ready to weather the geopolitical and economic storms stirred by the COVID-19 pandemic, according to Saudi finance minister Mohammed Al-Jadaan.

The Gulf state has relatively low debts and has a strong cash reserve, the finance minister reported on April 16.

As average oil prices have slipped below $20 this week, many oil-producing countries are feeling the pain. Saudi Arabia depends heavily on its hydrocarbon production but has built a sufficient reserve to survive what the finance minister described as a recession worse than the 2008 financial crisis.

A state news report on Friday, April 17, highlighted that the Saudi government has allocated the necessary resources to support its healthcare system as well as its economy. The government in Riyadh is preparing for rapid economic recovery following the current pandemic and is now looking outside its borders to provide COVID-19 assistance.

The Saudis have urged the International Monetary Fund to support MENA countries in their ongoing struggle to cope with the impact of COVID-19 on its citizens’ health and economy. As chair of the G-20, Saudi Arabia pledged $500 million to support global efforts to stop the pandemic.

A total gap of $8 billion stands between stopping COVID-19 or allowing it to become an even larger global problem. The Saudi government is donating $150 million to the Coalition for Epidemic Preparedness and Innovation, $150 million to the Global Alliance for Vaccines and Immunizations, with $200 million going to a variety of other health organizations and programs.

While Saudi Arabia reassures the international public of its financial strength, it continues to play a pivotal role in the global war over oil prices. A historic cut in oil production failed to improve oil prices after grueling negotiations between OPEC and several non-OPEC countries.

Following the meeting, Saudi Arabia’s state oil producer Aramco announced it would cut prices for the Asian market and has since offered lower prices to Europe as well. What was originally pitched as a Russo-Saudi standoff, the war over oil prices is now becoming a US-Saudi affair.

Cheap Saudi oil has flooded the American market over the last month as shipments of Saudi oil to the United States have nearly quadrupled since February, according to CNBC.

“A fleet of tankers full of Saudi oil is slowly making its way to the US Gulf Coast,” the Wall Street Journal reported as anxiety over oil prices increases among US energy experts.

With US oil prices below the cost of producing shale-gas, the US has lost its ‘trump card’. The US has, in recent years, become a top oil-producing country through widespread shale gas production. The controversial and expensive extraction method has led to a boom in hydrocarbon production in the US, but the heavily indebted shale gas industry is already on the brink of bankruptcy.

As the Saudi fleet of tankers filled with cheap oil continues to head for US refineries, Saudi Arabia appears to be in a strong enough position to warrant internal confidence. Whether that confidence originates from Saudi reserves or its potential future market share after the US hydrocarbon industry collapses, the ‘oil war’ appears to be going favorably for Riyadh.