Bump in Oil Prices After Russia Agrees to OPEC Talks

After a US intervention, Russia indicates it is ready to talk to OPEC, giving global oil prices a boost. 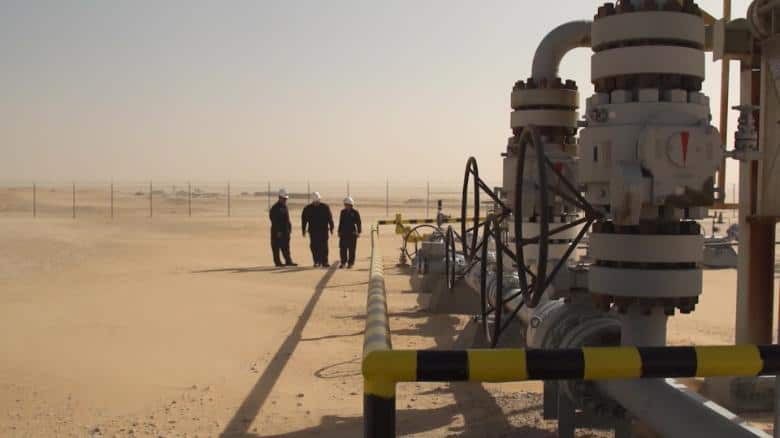 Global oil prices rose on Tuesday, March 31, as news broke that Russia is willing to sit down with OPEC to discuss the ongoing crisis in oil prices. US president Donald Trump spoke to President of the Russian Federation Vladimir Putin and agreed on “peace talks” with the Saudi-led OPEC bloc.

The economies of oil-producing countries are in dire straits, with an ongoing price war amid historic drops in both supply and demand caused by the COVID-19 pandemic. China has cut its economic output, airlines have stopped flying, and all over the world cars are staying parked at home as lockdowns become the norm in many countries.

The results of these unprecedented factors have led to oil prices not seen since the 1980s and led to severe trouble for oil-extracting industries.

Crude prices are up slightly, to an average of $21.24 per barrel. These prices are still insufficient to sustain competitive production for high-cost oil extracting industries, such as Canada’s tar-sand extraction and the US’ shale-gas industry.

Both Russia and the US have significantly higher production costs per barrel than Saudi Arabia. Similar to its Gulf state neighbors, the Saudis possess some of the cheapest oil to extract. This difference in production costs has been a primary fuse in the current oil war.

Russia and OPEC tried to limit oil production and stabilize prices during meetings in early March 2020. When these meetings failed, oil prices plummeted amid an outlook of global overproduction. When oil supply exceeds demand, storage facilities across the planet are filled to the brim and even oil-tankers are used to store billions of gallons of oil. With Russia, the US, and OPEC production at maximum levels, storage is quickly running out and countries that depend on oil revenue to fill state budgets are becoming more desperate.

President Trump has suggested he would “intervene” in the ongoing Russia-Saudi spat, and it appears that Trump was able to convince his Russian counterpart to return to the negotiating table.

“We don’t want to have a dead industry that’s wiped out,” Trump told the press on Monday, March 30, “It’s bad for them, bad for everybody. This is a fight between Saudi Arabia and Russia having to do with how many barrels to let out. And they both went crazy, they both went crazy.”

Expensive US oil-extracting industries, such as shale-gas producers and deep-sea offshore projects, are some of the primary victims of the disagreement between Russia and Saudi Arabia. Trump has every incentive to use the diplomatic avenues available to him, confirmed by his call with Putin and his intent to send a “special energy envoy” to Riyadh to sway Saudi opinion.

Even in the best-case scenario for oil-producing countries, an agreement on a global production cut might not cause a return to pre-pandemic prices. The global crisis limits industry, travel, and personal movement, meaning significant time remains before demand will equal supply. Goldman Sachs predicts industries such as airlines may never return to levels seen before the crisis, casting doubt on the notion that demand will return to its previous levels.

Many environmental organizations see the current slump in the use of hydrocarbons as a pivot point in the ongoing energy transition towards renewables. Greenpeace USA highlighted that shale-gas production has never really been competitive, calling the industry a “Ponzi scheme” in a March 22 publication on the future of oil production.

The organization stated that “oil companies failed to recognize that they should have become diversified energy companies 60 years ago. The price of that failure will now be paid by every human and every other species on Earth. The transition to lower consumption lifestyles and renewable energy systems remains more urgent than ever.”

The current crisis sheds light on some of the weaknesses in global oil production and also highlights the growing priority governments put on transitioning to cleaner energy.

On March 17, as COVID-19 numbers were growing in Europe, the Czech Republic Prime Minister Andrej Babis said, “Europe should forget about the Green New Deal now and focus on the coronavirus instead.” Many governments have put sustainable energy programs on the back-burner as they focus on limiting economic pain for their citizens.

An agreement between OPEC and Russia should certainly cause a rise in global oil prices. Whether oil prices will return to pre-crisis levels and whether demand will ever catch up with supply in the future may indicate the future of energy use.