With oil prices around $20 per barrel, experts warn prices could potentially hit the teens in the coming weeks as markets have slump over the novel coronavirus pandemic and a price war. 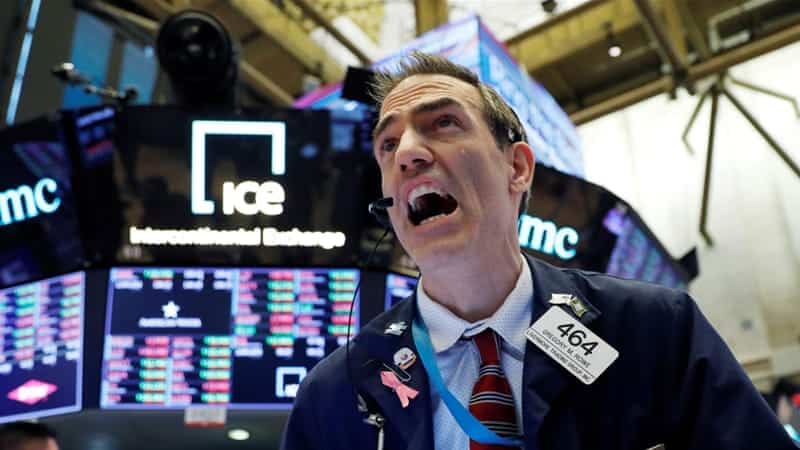 The global oil market is experiencing an unprecedented shock and drowning in a surplus due to the spread of the novel coronavirus and its impacts on the world’s major economies.

Some oil refineries have started shutting down due to the lack of demand. On the ground, barrels are selling for less than $10—and oil producers in some markets are actually paying buyers to rid them of crude oil, according to a Bloomberg report.

The world normally consumes about 100 million barrels of oil per day. Traders and analysts estimate that about one-quarter of this demand has disappeared over the past few weeks of COVID-19 lockdowns.

In the US, oil sellers predict inflation to worsen this coming week. The price of oil is inversely related to the value of the US dollar. Oil barrels around the world are priced in US dollars. Fewer dollars are needed to buy barrels of oil, the stronger the US dollar is. Because the US is a net importer of oil, rising oil prices trigger a rise in the US trade deficit, and more dollars are needed to purchase oil.

“The oil market has seized up, the logistic sectors are struggling to cope because of loss of demand,” said Gary Ross, an influential oil watcher and chief investment of Black Gold Investors LLC.

Since oil became essential to the global economy over a century ago, the world has never witnessed such a decline in demand, even during 1929, twin 1970s, and 2008 market crashes.

In the unprecedented era of COVID-19, billions of employees are prohibited from driving to work, international air traffic has been suspended, and companies and factories have shut down, contributing to the steep decline in oil demand.

The global aviation sector was immediately affected by the novel coronavirus pandemic as most countries canceled and suspended flights. This has reduced fuel consumption rates by 75%, or about 16 million barrels per day.

Between the abundant supply and the stagnation of demand, the global oil surplus can reach “10.6 million barrels per day in the second quarter of the year” to cite projections from Michael Tran, an analyst at RBC Capital Markets. This means that oil production will reach over one billion barrels, which will need to be stored in the period mentioned, a quantity sufficient to “approach the limits of (storage) at the end of the year or interpreters 2021,” Tran said.

Producers that do not have access to pipelines or export ports will quickly exceed the capacity of local reservoirs, merchants and consultants warn. Meanwhile, producers with coastal access are resorting to using giant tanker fleets to store surplus oil.

CEO of Frontline Ltd Robert Hvide Macleod said in February that the company has never seen so much demand for long-term tanker leasing. It is estimated that merchants may store about 100 million barrels at sea, but that amount represents only a few days of surplus production.

In the US, Plains All American Pipeline LP, one of the world’s leading pipeline operators, has asked oil producers to voluntarily reduce production to avoid flooding networks that connect wells with refineries through thousands of miles of pipes.

The rapid spread of COVID-19 has closed large sectors of the global economy, and the current drop in oil prices spells trouble for countries dependent on revenue from oil sales. Oil-exporting countries will face significant budget shortfalls in a time of unprecedented need for their populations.