The US Ambassador to Israel announced a surprise $5 million grant in COVID-19 aid to support Palestinians during the pandemic. 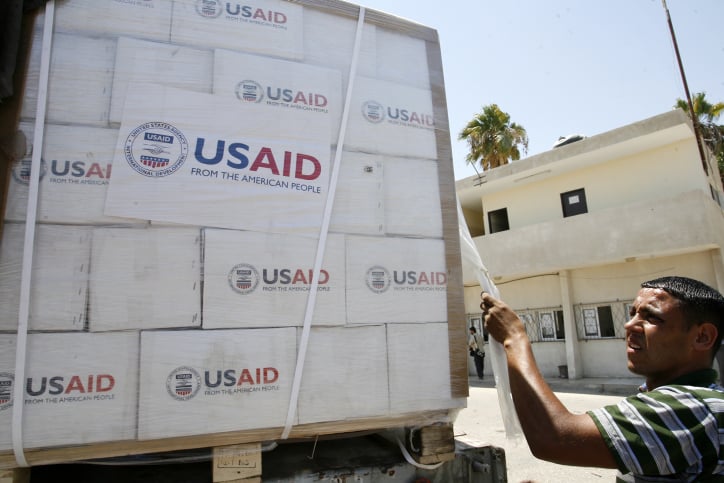 Days after President Donald Trump declared the US would withdraw funding from the World Health Organization, US Ambassador to Israel David Friedman announced that his country plans to give a surprise $5 million in COVID-19 aid to support Palestinians through the crisis.

I’m very pleased the USA is providing $5M for Palestinian hospitals and households to meet immediate, life-saving needs in combating COVID-19. The USA, as the world’s top humanitarian aid donor, is committed to assisting the Palestinian people, & others worldwide, in this crisis.

The United Nations Office for the Coordination of Humanitarian Affairs (OCHA) in the Occupied Palestinian Territory (oPT) has recorded 282 cases of COVID-19  in the West Bank and 13 in Gaza to date. There have been 69 recoveries and two fatalities from coronavirus in the oPT but infection figures for Palestinians living in East Jerusalem are unknown, the agency says.

“The current number of people detected positive for COVID-19 in the oPt, especially in Gaza, remains low relative to other countries, but this may reflect the limited testing capacity,” the OCHA said in an Emergency Situation Report on April 14.

“The capacity of the Palestinian health system to cope with an expected increase in caseload remains severely impaired by longstanding challenges and critical shortages, particularly in Gaza,” the United Nations agency warned.

The Israeli government allegedly shut down a clinic conducting coronavirus testing in East Jerusalem organised by the Palestian Authority on April 15, according to Israeli media reports. Four people working at the PA sponsored clinic next to a mosque in Silwan were arrested on Wednesday evening Israeli news agency Haaretz reported.

“All activity by the Palestinian Authority in Israeli territory that is not coordinated and approved by authorities is prohibited under law and the police must prevent it,” Israel’s Public Security Minister said in response to the clinic’s shutdown.

“Preventing the virus spread is a joint interest and if Israel doesn’t do the checks it must at least enable testing by others,” Cassif told Haaretz.

Ever-Closer bond between US and Israel

On April 12, Friedman was only one of ten individuals selected to attend a bi-annual Priestly Blessing at the Western Wall due to COVID-19 restrictions, further demonstrating the close cultural, religious and political ties between Israel and the Trump administration.

The US has grown closer to Israel under Trump’s presidency and, while continuing to be the world’s largest aid donor, America has cut the majority of its funding to Palestine.

Trump first froze aid to Palestine in two years ago after the Palestinian Authority (PA) violently protested his decision to recognise Jerusalem as Israel’s capital in December 2017 and move the Embassy there from Tel Aviv in May 2018. By August 2018, the US had cut almost the entire aid budget for Palestine, equating to a funding cut of over $200 million.

At the end of January 2019, the US said it would stop providing another approximately $60 million of funding to Palestinian authorities in the occupied West Bank and Gaza.

A year later, on January 29, 2020, Trump unveiled the long anticipated Middle East peace plan crafted by his son-in-law and senior advisor Jared Kushner. The controversial plan nicknamed the “Deal of the Century,” which aimed to reduce Palestinian territory significantly and essentially discards the two-state solution, was wholly rejected and heavily opposed by Palestinians.

Read also: Palestine is No Longer Arabs’ ‘Primary Cause’