Palestine is No Longer Arabs’ ‘Primary Cause’

As the ever changing political dynamics in the MENA region continue to shift, Arab countries’ traditional solidarity with Palestine may, too, be slipping. 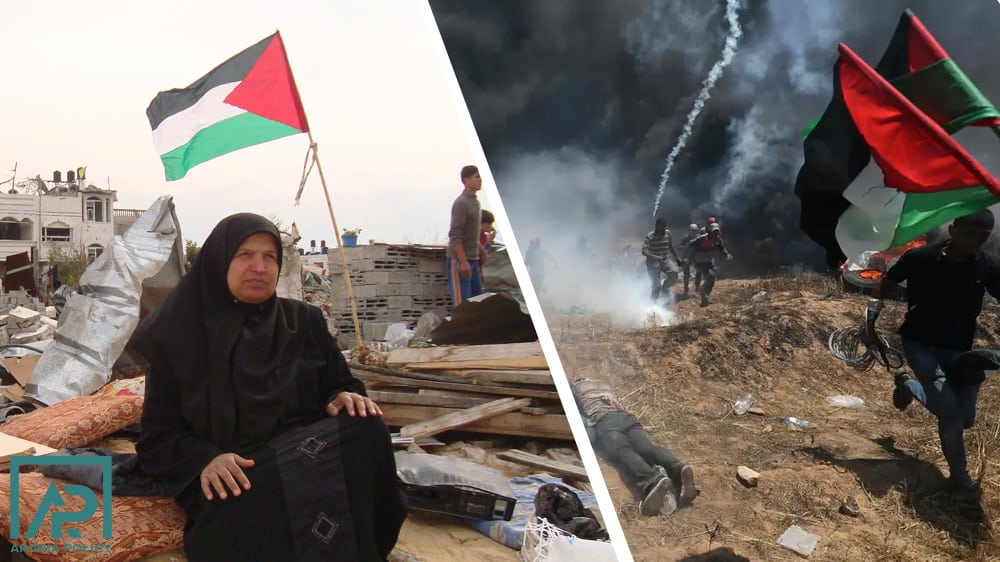 For decades the Palestine question was at the heart of political discourse throughout the Arab region. Seen as the Arabs’ “Primary Cause,” the issue was, at least in theory, one that united Arab governments and nations.

While Arabs are notorious for “agreeing to disagree,” as the great medieval historian Ibn Khaldun famously said, supporting the liberation of the occupied territories and condemning Israeli “aggression” had been the common denominator among Arab countries.

Arab armies took part in wars against the Jewish state after independence in 1948, in the Six-Day War of 1967, in the War of Attrition, and in the Yom Kippur War of 1970.

While for the most part the avenging defenders of Palestine failed to achieve crushing victories and could not regain large chunks of land Israel seized, the conflicts, at the very least, demonstrated that they unanimously regarded Israel as “the common enemy,” and that Arabs were united in their willingness to take up arms against it.

Arab masses have always felt very strongly about the Palestinian cause, sometimes almost on a similar level to their national causes.

Liberal, left-wing, and Islamist political movements might have their ideological differences, but whenever the Israeli Army launched an attack on Palestinian towns, killing and injuring civilians,  Arabs would all unite in condemning Israel.

Leaders of those movements could be seen, hand in hand, leading pro-Palestinian popular demonstrations. Ordinary citizens would take to the streets in large numbers in a show of solidarity with Palestinians.

Yet, all that has seemed to gradually change, especially since the whole region was set ablaze when Tarek Bouazizi, a young Tunisian street vendor, self-immolated almost 10 years ago, igniting uprisings throughout the region.

The “Arab Spring,” a game-changer

During the “Arab Spring,” attention shifted from the Palestinian issue to other hot zones in the Arab region. The fall of despots like Tunisia’s Zine Abidine Ben Ali and Egypt’s Hosni Mubarak, the NATO intervention in Libya and subsequent killing of Muammar Gaddafi, the civil war in Syria, and the ensuing rise of ISIS all relegated the Palestinian cause to the backburner.

As millions of people fled war and radical groups in Syria and Iraq, Palestinians ceased to be the largest population of displaced people in the region.

Countries such as Egypt, Libya, Iraq, and Syria continued to make the headlines in the last decade, capturing media and popular attention.

In Egypt, the military-led a coup against Mohamed Morsi, a leader in the Muslim Brotherhood and the country’s first elected civilian president. ISIS expanded into Libya, and General Khalifa Haftar rose to power in Benghazi. In Yemen, Shia Houthis rebelled.

Later on, the Russian intervention in Syria signaled that for regional and international players, there was more at stake in competing for influence beyond Palestine.

“Palestinians have lost the support they used to have in the Arab world. They are no longer a top priority on the agenda. We need to understand that the political order in the Middle East has changed since the Arab Spring,” said Israeli analyst Kobi Michael in an interview with French online platform La Croix.

“Today, the Palestinian Authority is in a situation of extreme weakness,” Encel told Canadian Jewish News.

“Arab states almost practically provide no support to it as they are preoccupied with what they see as the two main threats to them: Iran’s Pan-Shiism and Jihadism.”

When US President Donald Trump held a press conference with Israeli Prime Minister Benjamin Netanyahu to reveal his peace plan, the ambassadors of three Arab states, the UAE, Bahrain, and Oman were among the attendees.

Their presence gave the impression that several Arab governments, while not necessarily agreeing with the plan, see it as a basis for negotiation.

“This plan is a serious initiative that addresses many issues raised over the years,” said UAE’s Yousef Al Otaiba.

While it is not clear if the UAE, a key Arab country with close ties to Washington, will play a role in convincing Palestinians to engage in peace talks with Israel, Oman is already playing an active role in favor of normalized relations between Israel and the Arabs.

In October 2018 Netanyahu made a surprise visit to Oman at the invitation of Sultan Qaboos. The late monarch was keen on befriending the Jewish state. His government’s positions are quite at odds with official Arab discourse that remains unfriendly towards Tel-Aviv.

“The West has offered Israel political, economic and military support and it now holds all the means of power … but despite that, it fears for its future as a non-Arab country surrounded by 400 million Arabs,” said Omani Foreign Minister Yousef Bin Alawi at a World Economic Forum event in Jordan in April 2019.

Bin Alawi exhorted Arabs to “ease those fears” through “initiatives and real deals between us and Israel.”

The positions of both the UAE and Oman, while significant, are not as impactful as that of Saudi Arabia, the wealthiest country in the region and the epicenter of Sunni Islam.

Riyadh may favor negotiations, as a statement by the Saudi foreign ministry suggested. “The kingdom appreciates the efforts of President Trump’s administration to develop a comprehensive peace plan between the Palestinian and the Israeli sides, and encourages the start of direct peace negotiations between the Palestinian and Israeli sides, under the auspices of the United States.”

The Saudi welcome for the US initiative as a starting point for negotiations puts Palestinians in an awkward position because they came out strongly against the plan. Palestinians seem more isolated in their rejection of the Trump plan, a rejection they hoped would be shared by Arab capitals.

The fact that Saudi Arabia and Israel see Iran as their common enemy prompted Israeli media to speculate a normalization of relations between Israel and Saudi Arabia is on the way, something Saudis had to repeatedly deny.

“Saudi Arabia’s policy has been very clear since the beginning of this conflict. There are no relations between Saudi Arabia and Israel, and the Kingdom stands firmly behind Palestine,” Saudi Minister of Foreign Affairs Prince Faisal bin Farhan told Al Arabiya.

Bin Farhan left the door open for normalization, however, if both parties reach “a just and fair settlement” to the Palestinian-Israeli conflict.

Other Arab countries, like Egypt, apparently see the Trump plan as a last chance for peace and invoke what they see as realism before saying accepting or rejecting the plan.

“Egypt recognizes the importance of considering the US administration’s initiative from the perspective of the importance of achieving the resolution of the Palestinian issue, read a statement by the Egyptian foreign ministry.

Commenting on the Trump plan, Egyptian Member of Parliament Imad Gad told BBC Arabic that, in the past, Palestinians and Arabs ended up losing more than they were offered because they refused to accept Israel as a fait accompli.

Gad said the foreign ministry’s statement is a message from Cairo to the Palestinians to accept negotiations.

The talk about establishing industrial units on Egyptian soil to employ Palestinian workers as an incentive for Palestinians to accept the deal, Gad added, is something Egypt would welcome.

Such projects, he said, “can pave the way towards populating Sinai with 10 to 15 million people.” Since the plan gives Egypt an opportunity for economic gain, Cairo would be more than happy to support it.

However, what Egypt—and other countries in the region with large numbers of displaced Palestinian populations from wars with Israel—openly rejects is granting citizenship to Palestinian refugees.

As Palestinians find themselves caught between the US and Israel offering a small piece of historical Palestine and Arab states that have apparently grown weary of what they might see as a Palestinian burden amid ‘’ more pressing’’ domestic and foreign policy issues, Palestinians seem more isolated than ever before in their struggle to finally see a state of their own come to life.