The UAE has trained over 200,000 Yemeni soldiers to fight against Houthi rebels and spent $6 billion in humanitarian aid to improve the country’s infrastructure. 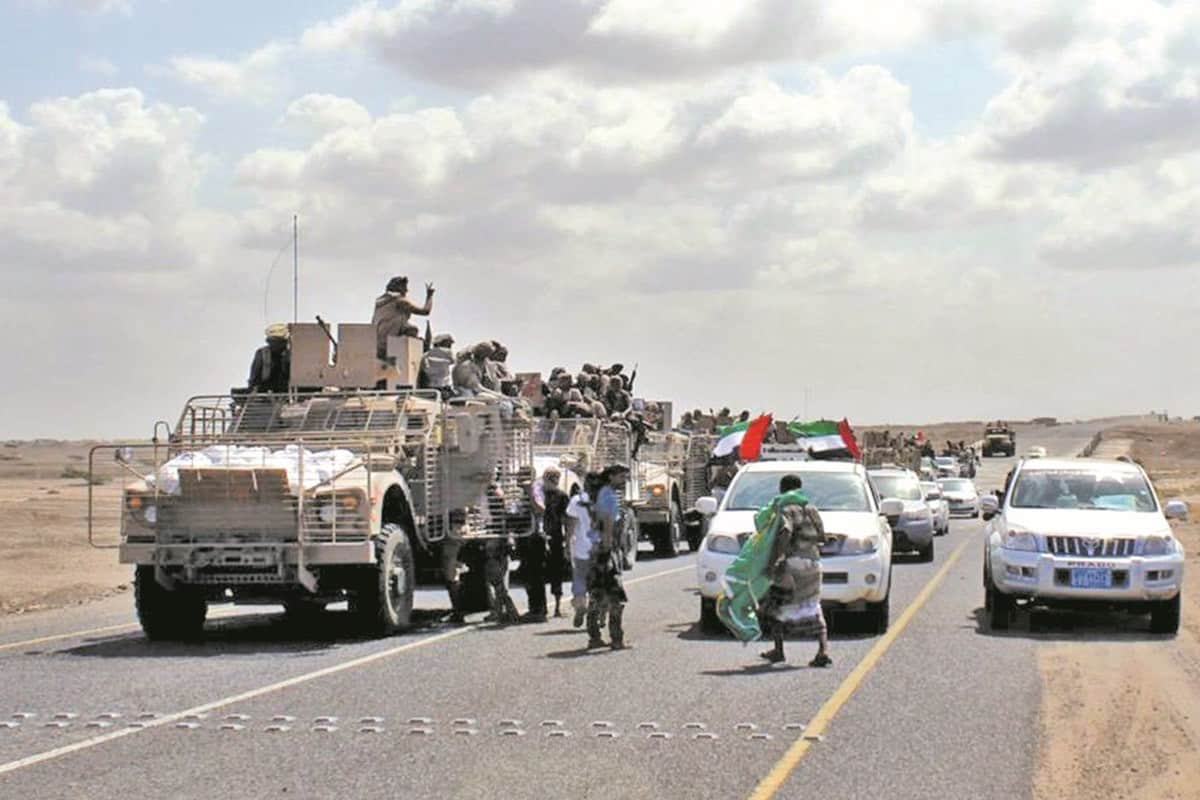 The ceremony took place at the Zayed Military City in Abu Dhabi on Sunday and was touted as an opportunity to celebrate the country’s achievements in Yemen during its 5-year mission with the Saudi-led Arab coalition to restore power to the embattled Yemeni government.

Described as “faithful falcons,” the 15,000 Emirati soldiers carried out more than 130,000 air operations, equivalent to half a million flight hours. The UAE navy also sailed 50 ships in more than 1,000 naval missions to transport aid and military equipment from the UAE to Yemen.

The UAE’s mission in Yemen also involved protecting transit and trade shops from attacks at sea.

Sheikh Mohammed bin Rashid, Vice President and Ruler of Dubai, took to Twitter to express his satisfaction with the UAE military’s engagement in the Saudi-led coalition.

“Faithful falcons, you sacrificed and raised our heads [with pride],” bin Rashid said.”We are proud of you, your families, and your work. We are proud of every hour you spent away from your country.”

Sheikh Mohamed bin Zayed, Crown Prince of Abu Dhabi and Deputy Supreme Commander of the Armed Forces, was as effusive in his celebration of the Emirati forces. In comments he posted on Twitter, he argued that the aim of the UAE’s military involvement in Yemen was to restore peace in the country and ensure stability in the region.

“The UAE will remain a bridge to peace and stability, supporting the region’s progress of hope for a better life and a better tomorrow,” bin Zayed tweeted.

During their 5-year mission to take back lands from Yemeni rebel forces, the UAE soldiers succeeded in liberating roughly 85% of Yemen. The mission was not, however, without its losses; 108 UAE military died in the fighting.

UAE’s Lt General Eisa Al Mazrouei paid tribute to the soldiers during his speech at the ceremony.

“The UAE Armed Forces learned many lessons during this mission at a heavy cost. We gave sacrifices to protect Yemen as an Islamic and Arab country,” Al Mazrouei said.

During their 5-year involvement with the Saudi-led Arab coalition in Yemen, Emirati armed forces also trained about 200,000 Yemeni soldiers. The training was aimed to prepare the  Yemeni military to maintain stability after the retreat of the UAE armed forces from the country.

From April 2015 to February 2020, UAE social and humanitarian initiatives in Yemen amounted to over AED 22 billion (US$6 billion), according to the Emirates Red Crescent’s latest figures.

Statistics from the Ministry of Foreign Affairs and International Cooperation revealed that the financial aid from the UAE came from non-profit organizations, including the WFP, Unicef, WHO, UNHCR, and the ICRC.

The assistance went mainly into rehabilitating schools and hospitals, securing energy, rebuilding airports and ports. Also included in the projects was the construction and development of roads and housing units, as well as investment in improving access to healthcare and education facilities.

According to the UAE and the Yemeni government, the projects aimed to provide everyday support to the Yemeni people affected by the conflict,  including widows and orphans

The Emirati officials announced a troop-redeployment in Yemen on July 8, 2019. The UAE said that it is transitioning from a “military-first” strategy to a “peace-first” plan.

The decision is seen as a significant move toward putting an end to the conflict and moving towards a dialogue-based approach.

Observers have also expressed concerns about whether the UAE-trained Yemeni forces will be able to maintain stability following the withdrawal of the UAE forces. Emirati officials are, however, confident that the Yemeni troops will succeed in taking over the Emirati soldiers’ mission.

The UAE’s decision to recall its troops came only after months of discussions with Riyadh.

The same day that the UAE announced troop-redeployment, Reuters reported “the drawdown was not a last-minute decision,” quoting a senior Emirati under the condition of anonymity. The official explained that Abu Dhabi and Riyadh extensively discussed the decision before announcing the withdrawal.