Sepp Blatter tells the media that the US could still host the 2022 World Cup after American authorities revealed corruption in Qatar’s bid. 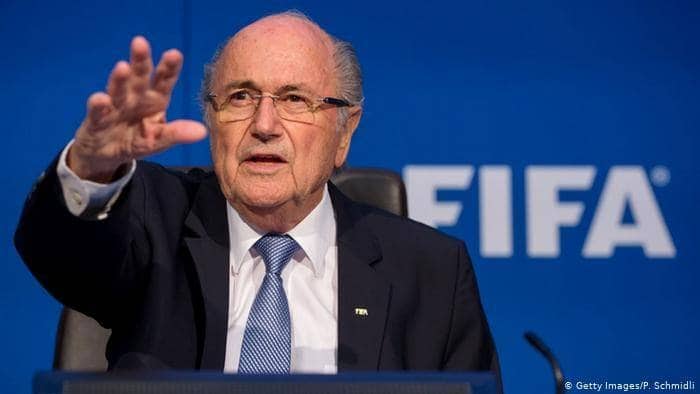 On April 15, former FIFA president Sepp Blatter told German magazine Bild that the United States could still host the 2022 World Cup. The statement follows last week’s revelations of corruption in the bidding process for the 2018 and 2022 World Cups.

Blatter himself left FIFA in disgrace in 2015, after 17 years managing the global organization that governs the world’s most popular sport. Under Blatter’s tenure, far-reaching corruption influenced where major tournaments would take place and how money was distributed in exchange for votes from smaller nations.

United States law enforcement started investigating FIFA following allegations of corruption in the bids for the 2018 and 2022 world cup tournaments. For decades most nations in the world had not dared to challenge FIFA in any way, but the US’ relative independence from the organization allowed it to investigate.

It did not take long before evidence emerged in 2017 that indicted top-level executives at FIFA and its partners. The indictments led to several prosecutions while other executives fled to countries that do not have extradition treaties with the United States. The 2017 revelations were just a drop in the bucket. Last week, prosecutors in New York unsealed an indictment that showed just how deep the rabbit hole went.

The 2018 World Cup in Russia and the 2022 World Cup, to be held in Qatar, had been assigned to these nations after significant bribery. Legitimate bids from countries such as the United States and several European nations had little chance of succeeding as the tournaments were bought and paid for before organizers could make any genuine evaluation.

The allocation of the 2022 World Cup in particularly raised eyebrows as the hosting nation, Qatar, faces 50° Celsius temperatures in the summer months when the tournament is typically played. Organizers had to make far-reaching adjustments to the global league’s schedules in order to move the tournament to November when Qatar’s air-conditioned stadiums would be more comfortable for playing and watching football.

It now appears Sepp Blatter is trying to extend an olive branch to the United States. In statements to Bild magazine, Blatter casually pondered whether the US would be able to host the 2022 world cup. The US is set to host the 2026 World Cup, but Blatter highlighted that the country has the infrastructure and financial capabilities to host the cup in 2022.

This would entail canceling Qatar’s bid. The Gulf country has been rapidly building stadiums, often conducting construction under terrible working conditions, and is on track to organize the prestigious tournament. “The Arab world deserves a World Cup,” Blatter said about the Qatar bid when FIFA selected it under his leadership.

Moving the tournament from Qatar, the smallest nation ever to host the cup, would be an unprecedented action. The US, Mexico, and Canada made a combined bid for the 2026 cup and North America would most likely be expected to apply its 2026 plans to 2022.

The move appears to be a brazen attempt to make the US more of a stakeholder in FIFA. If the North American bid were moved to 2022, it could efficiently dissuade the US from prodding deeper into FIFA’s shady practices as a direct beneficiary of a more positive narrative about FIFA.

This carrot-and-stick method has kept most nations subservient to FIFA. Football-crazy countries have been lured into giving FIFA tax breaks and strictly adhering to its methods in hopes of securing a major tournament in the future.

Blatter has little influence left at FIFA but his thinking is an example of the organization’s manipulative tactics that have allowed it to wallow in corruption unchecked. If the US indeed gets a chance at hosting the 2022 cup, it will be interesting to see if the country acquiesces to FIFA’s influence.

One thing has certainly become clear in the last half-decade: The United States is making an unexpected and much appreciated contribution to world football. Football fans around the world cheer for the United States’ efforts as they continue their investigations. The coming months should reveal if FIFA can make an offer the US can’t refuse, or whether the veil will further lift on FIFA’s corruption.