In 2010, then president of FIFA Sepp Blatter said “the Arab world deserves a World Cup. They have 22 countries and have not had any opportunity to organize the tournament.” While that argument might appear reasonable, the reason behind his comments was not. Then, in 2017, the world had its first glimpse into the shady dealings that had become inherent to FIFA’s modus operandi.

Considering the enthusiasm for football in MENA countries such as Egypt and Morocco, the prospect of an Arabophone country hosting the world cup is not a far-fetched fantasy. However, Qatar submitting a winning bid for the FIFA tournament seems more like a fan-fiction plotline than reality. In the tiny Gulf-state of Qatar, football-culture is limited to its national team and multi-billion dollar purchases of elite European clubs like Paris Saint.-Germain or popular sports channel beIn Sports.

In recent decades FIFA corruption has become so systemic that books and social media posts continue to explore the topic, with activists even calling Blatter’s head. Questionable decisions such as the  controversial move to host the World Cup in Russia had revealed the effects on the corruption, but no evidence existed to prove the accusations.

In December of 2010, Qatar beat the United States’ bid to host the 2022 World Cup. Although the announcement raised many eyebrows, no one would have predicted the move would change football’s governing body forever.

Following the announcement, US authorities started to investigate FIFA practices. The findings of the 2017 investigation showed that FIFA was not only corrupt, but that it had barely attempted to cover it up. Several senior executives faced charges, with a number of FIFA officials fleeing to countries without extradition-treaties with the US to avoid prosecution.

What became clear was that FIFA was not masterfully manipulating the system, but that national governments had been reluctant to investigate the organization as each country desperately wanted to stay within FIFA’s good graces. Only the US did not have to curry favor with the sport’s governing body and, as such, was able to quickly uncover the far-reaching institutional corruption within it. 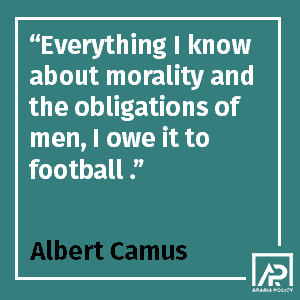 That body of evidence was further expanded on as of Monday, April 6 2020. New York prosecutors announced they had unsealed an indictment showing, in detail, how top executives had ensured that Qatar won its bid through bribery and underhanded dealings.

Two top executives in Latin-American football received bribes to sway their vote towards Qatar, the indictment revealed. Jack Warner, the former president of Concacaf, which represents North America and the Caribbean, was charged in 2017 but is again in the spotlight as the new revelations show he received $5 million in bribes to vote for Russia’s 2018 bid.

The money for the bribes came through a network of ten ‘shell companies’ or fake companies that only exist on paper. These fake companies were registered in a variety of locations throughout the world and were used to hide the original source of the money.

In 2017, Alejandro Burzaco, CEO of a sports marketing company involved testified that the three top executives had received bribes but no concrete evidence was available. Now the evidence is in the open. FBI assistant director William Sweeney said “the defendants and their co-conspirators corrupted the governance and business of international soccer with bribes and kickbacks, and engaged in criminal fraudulent schemes that caused significant harm to the sport of soccer.”

Besides the rigging of the bids to host world cups, the indictments also targeted corruption in the awarding of highly-coveted television distribution-rights. Two former executives for 21st Century Fox were charged with bribing officials to ensure rights were given to their company. A Spanish national stands accused of paying bribes to gain the broadcast rights to world cup qualifying matches in the Caribbean. 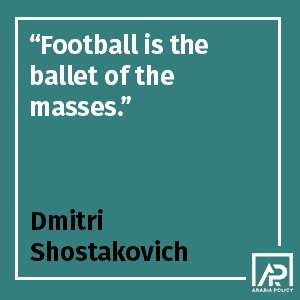 Both the 2017 investigation and Monday’s expose revealed much about the underhanded nature of the top governing body of the world’s favorite sport. Allegations of bribery touched each allocation of major tournaments and the losing bids will have had their suspicions confirmed.

Without bribery, the 2010 world cup might have been hosted in Morocco, but South Africa allegedly ‘bought’ the votes, while the 2018 World Cup could have been held in traditional football countries like the UK, Portugal, and Spain or the Netherlands and Belgium.

FIFA’s corruption goes so deep that even Gianni Infantino, who had promised to “clean up FIFA”  after succeeding Blatter as FIFA president, was exposed in the revelations of the 2016 Panama Papers.  As director of legal services at UEFA, he oversaw several shady deals selling broadcasting-rights to South-American companies. Shell companies would buy the rights for a low price and then sell them on for a large profit to actual broadcasters.

Bribery and underhanded dealings are not the only way that money is corrupting the ‘beautiful game’ (jogo bonito) as Brazilians call it. While football has traditionally been a sport for the working classes, it has transformed into a corporate monstrosity over recent decades.

Growing TV revenues from the globalization of the game have streamed to fewer and fewer clubs, ensuring a monopoly on success for Europe’s biggest clubs. While in the past Europe’s top professional cups were won by clubs from the Netherlands, Denmark or Portugal, now these smaller countries stand little chance without the financial firepower of the continent’s elite.

An elite club like Manchester United has revenues larger than the entire Portuguese or Dutch league. When a good young player emerges in Lisbon or Rotterdam, he is bought quickly by an elite club, often before they reach 18. At their new club they join a squad of forty other talented youngsters who have been tempted by the mind-blowing salaries these large clubs can offer.

Even in the exceptional situation where a smaller club has one successful year, like Amsterdam’s team of talented youth did last year, the next season they will have to start from scratch as all talent will have been plucked away by the sport’s elite. Teams outside of Europe similarly see their most talented players leave to end up sitting on the bench at Europe’s top clubs.

The sport is unfair by design, as the European top leagues have realized. The biggest clubs in the competition have repeatedly threatened to start their own ‘super league’ in order to get concessions and more control over UEFA, Europe’s governing body of the sport in the same way that the Premier League has taken control of the game from the Football Association in England. With the continent’s elite clubs now having to approve all major changes to the league, there is no chance the game will become more fair in the near future.

That corruption and money dictate the inner working of international football has become clear. Billion-dollar club owners and corrupt executives have led to a disfiguring of the beloved pastime for millions around the world and little can be done to stop it save for the occasional top executive getting arrested.

This unfairness is unique to football, unlike in American professional sports like basketball where leagues apply stringent measures to ensure fairness. Young talent is given incentives to stay at the team where they started, maximum salary expenditures limit the emergence of unbeatable elite teams, while strict salary caps and trade requirements limit the bidding wars that have resulted in football players worth several hundred million euros.

In football, however, life goes on as if nothing happens. Modern-day slave labor continues to be used to construct stadiums in Qatar, even as the country’s ‘valued’ citizens are in lock down. The World Cup in 2022 is unlikely to be moved to a new location and chances of world cup bidding becoming more transparent are slim.

Because football is so dear to so many, great abuses can be committed within its organizational workings. As long as billions flow into the coffers of elite clubs, sponsors, and executives, there is no incentive to change anything. Only because of the US’ relative lack of dependency on FIFA have these revelations come out and football fans around the world can only cheer for the US as they are doing what football-loving countries have been too fearful to do.

Monday’s indictments become part of a larger oeuvre of frustration within professional football. As the sport’s dirty laundry is aired, awareness of the unfair nature of football’s governing bodies increases. Only through a public outcry of the sport’s customers can change be realized. It would require great effort and persistence to change the entrenched powers involved in the game. But, as Pelé famously said, “the more difficult the victory, the greater the happiness in winning.”

Read also: Qatar Airways CEO: ‘We Are Not Taking Advantage’ of COVID-19