God, Country, Family, and Football: Sport in the Arab World

The Arab world’s obsession with football goes far beyond supporting its talented players. 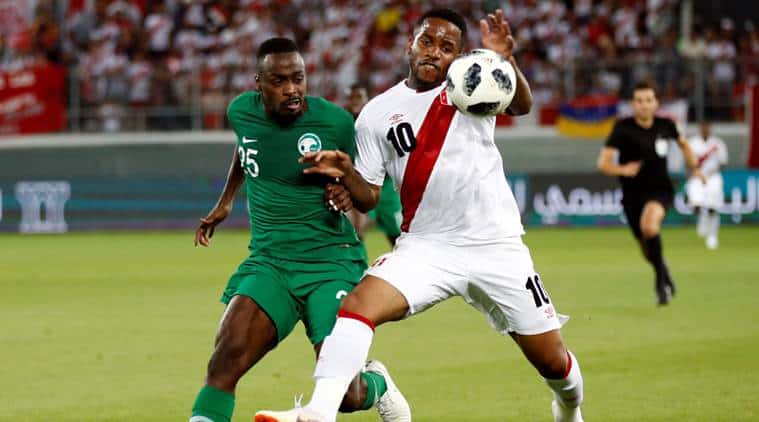 While living in the Arab World, one can hear a distinct sound on many calm evenings and otherwise quiet weekend afternoons. Short bursts of noise, roaring voices, and applause suddenly sound through many towns and villages. This common noise is not a case of social upheaval or protest—it is most likely due to FC Barcelona or Manchester United scoring a goal.

The love of football goes very deep throughout the Middle East and North Africa.

Traditional markets, souks, and ancient shopping streets are filled to the brim with replica shirts for almost every major football club in the world. Champions League or important matches in Britain or Spain mean packed cafes and coffeehouses, and the sound of the commentary is heard in many restaurants as complimentary background-noise for those wanting to keep up with the score while they eat.

While most youth in the region rally behind local clubs, they often supplement their football fervor with impassioned support for specific European clubs from Europe’s major leagues. Seeing a Real Madrid or Bayern Munich tracksuit is as common as seeing traditional clothing in many parts of the football-obsessed region.

Part of this support stems from the impressive list of Arab players who have made an impact on the global game.

Egypt’s Mohamed Salah, Algerian Riyad Mahrez, and Moroccan Hakim Ziyech serve as primary examples of Arab players that are currently having a significant impact on Europe’s top clubs, but the love of football often transcends the support for specific individual players.

The MENA region’s national leagues do not make the global top 25 but are some of the best leagues in Africa and Asia.

Morocco, Tunisia, and Egypt are considered to be among Africa’s top leagues while Saudi-Arabia is seen as the fifth-best league in all of Asia.

These national leagues, unfortunately, cannot compete in terms of the mind-boggling financial power that the elite clubs in Europe posses, and no other non-European league has been able to do so. But there is always hope as the enormous amount of talent and enthusiasm that exists in the Arab world provides a consistent pool of young footballers ready to make their mark on the game.

According to the book “Popular Culture and Political Identity in the Arab Gulf States,” the link between the sport and regional and national identity is unquestionable.

The book quotes Scottish football legend Bill Shankly to underscore how football is weaved into Arab identity, nationalism, culture and even politics:“Some people think football is a matter of life and death. I can assure them, it is much more serious than that.”

This is often not incidental, as political leaders and governing royalty have often understood the power of the sport.

As football is traditionally a sport for the poor and working classes, rulers have often used football to endear themselves to the public and build national identity. By supporting the development of local football leagues, sponsoring foreign teams, and even hosting major international tournaments, national leaders and business elites provide a sense of pride to their citizens.

“For an Egyptian like me, to have entered into the world of professional football, it just means that nothing is impossible,” Egyptian striker Mohamed Saleh once said.

As the internet and social media bring the sport ever closer to enthusiastic fans in the MENA region, following football matches around the world is becoming possible to even the poorest aficionado of the sport. With the amazing regional talent, governmental support, and the local shared passion for football, the sport’s influence in the region will likely only increase in the years to come.