Tensions are running high in the Arabian Gulf after the US and Iran authorized their naval ships to destroy opposing vessels if harassed. 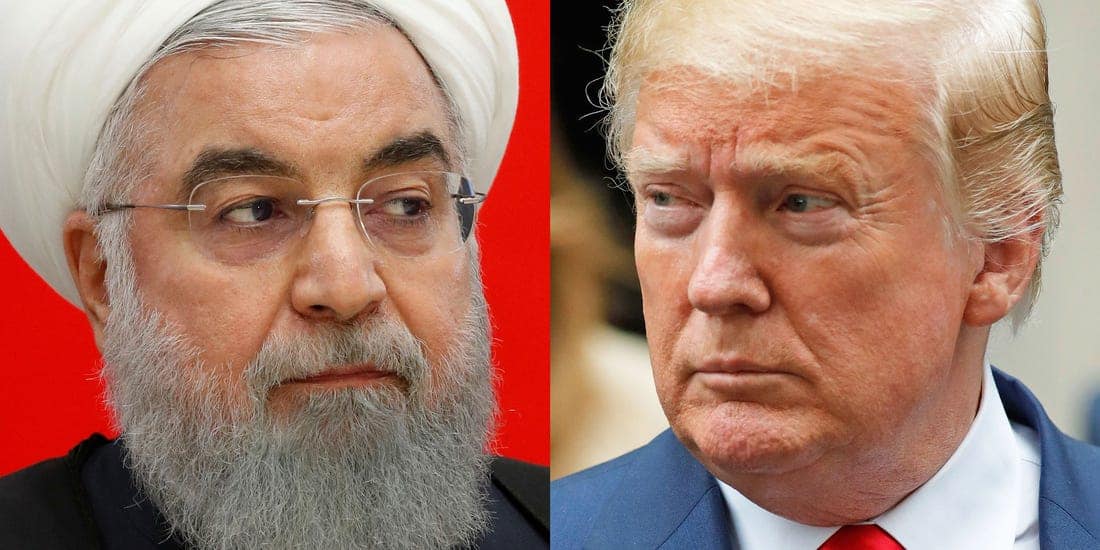 A day after Trump told the US navy to fire on any Iranian ships harassing naval forces in the Arabian Gulf, Iran’s Revolutionary Guards (IRGC) chief has instructed his warships to follow suit. During a visit to the strategic Strait of Hormuz, IRGC Major General Hossein Salami said Iran’s navy will respond with “swift, strict, and effective” action against any US vessels it deems threatening.

“I have ordered our naval forces to destroy any American terrorist force in the Persian Gulf that threatens the security of Iran’s military or non-military ships,” Salami said, while accompanied by IRGC Navy Commander Admiral Alireza Tangsiri.

Iran also summoned the Swiss ambassador, Markus Leitner, who represents US interests in Iran, to collect and transmit a letter reminding the US of their international obligations to freedom of navigation and maritime safety.

Iranian foreign ministry spokesman Abbas Mousavi told the state-run Islamic Republic News Agency (IRNA) the letter advised the US that “Iran will give proper response to any threat and illegal and aggressive act in the Persian [Arabian] Gulf and the Sea of Oman.”

On April 22, US President Donald Trump shared a tweet saying, “I have instructed the United States Navy to shoot down and destroy any and all Iranian gunboats if they harass our ships at sea.” He published the message hours after Iranian media reported the IRGC had successfully launched a defense satellite into orbit.

US Defense Department officials were quick to clarify that, in spite of Trump’s tweet, the US Navy had not changed its rules of engagement and would continue to defend itself as authorized under international maritime law.

“The President issued an important warning to the Iranians, what he was emphasizing is all of our ships retain the right of self-defense,” Deputy Secretary of Defense David Norquist said during a Pentagon briefing on Wednesday.

During the briefing, Air Force General and Vice Chairman of the Joint Chiefs of Staff John Hyten endorsed Trump’s statements, telling reporters, “nobody should doubt that the commanders have the authority right now to respond to any hostile act or hostile intent.”

Eleven Iranian vessels “repeatedly conducted dangerous and harassing approaches” to US Coast Guard ships in the international waters of the Northern Arabian Gulf, the US Navy said in an April 15 statement. The US Fifth Fleet also posted a video of what it claimed was Iranian harassment on Twitter. Such interactions between US and Iranian vessels were commonplace in 2016-2017, but had died down in the intervening years.

Meanwhile, Iran claims that it is the real victim of “unprofessional and dangerous moves” by US naval vessels that bothered an Iranian logistics ship in the Gulf last week. Salami said that US ships operating in the Gulf seemed “confused,” adding that they must be preoccupied by America’s unfolding coronavirus crisis.

The tit-for-tat rhetoric from the US and Iran over naval activities in the Arabian Gulf further escalates already-high tensions between the two countries. Any misstep from either side’s naval, coast guard, or merchant vessels operating in the Gulf could foreseeably provoke an aggressive response that may tip tensions into a heated conflict.

Tensions have run high between the US and Iran ever since President Trump unilaterally pulled out of the Iran nuclear deal in May 2018 and re-imposed economic sanctions on the rogue nuclear state. The relationship has grown more fractious in recent months after a US drone strike killed Iranian military commander Qassem Soleimani in January, and retaliatory airstrikes on an Iraqi base killed US troops.