Iran claims it launched its first military satellite into space the same day as Trump told his Navy, via Twitter, to destroy Iranian ships. 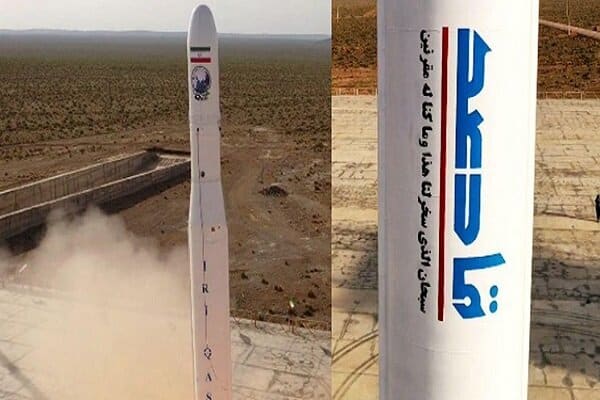 US-Iran tensions have escalated once again after provocative posturing and rhetoric from both sides on April 22.

“Today, the world’s powerful armies do not have a comprehensive defense plan without being in space, and achieving this superior technology that takes us into space,” IRGC Commander Major General Hossein Salami told the state-run Islamic Republic News Agency.

Lauded by Iranian military leaders as a “strategic achievement,” the launch is a worrying development for the US, who suspect the country could use the same technology to launch nuclear warheads.

Meanwhile at sea, the US claims IRGC navy vessels have been running “dangerous and provocative” maneuvers close to American Navy and Coast Guard craft in recent weeks. President Donald Trump responded today to the maneuvers with ire, giving his navy the green light to retaliate.

“I have instructed the United States Navy to shoot down and destroy any and all Iranian gunboats if they harass our ships at sea,” Trump tweeted on Wednesday.

Iranian authorities lashed back, saying that the US should focus on preventing COVID-19 from spreading through its military.

“Today, instead of bullying others, the Americans should put all their efforts toward saving those members of their forces who are infected with coronavirus,” military spokesman Abolfazl Shekarchi told the state-run Iranian Students News Agency.

On Wednesday, Iran’s Presidential Chief of Staff Mahmoud Vaezi also took a swipe at the US for blocking its IMF loan request. Meanwhile, Iran’s ambassador to the UN, Majid Takht Ravanchi, told the Asia Times that “the best thing that can happen in the region is the US withdrawal from this sensitive part of the world.”

Tensions have run high between the US and Iran ever since President Trump unilaterally pulled out of the Iran nuclear deal and re-imposed economic sanctions on the rogue nuclear state. The relationship has grown more fractious in recent months after a US drone strike killed Iranian military commander Qassem Soleimani in January, and retaliatory airstrikes on an Iraqi base killed US troops stationed there.