US Oil Prices Negative for First Time in History

Can US supply catch up with demand before US oil production collapses under its own weight? 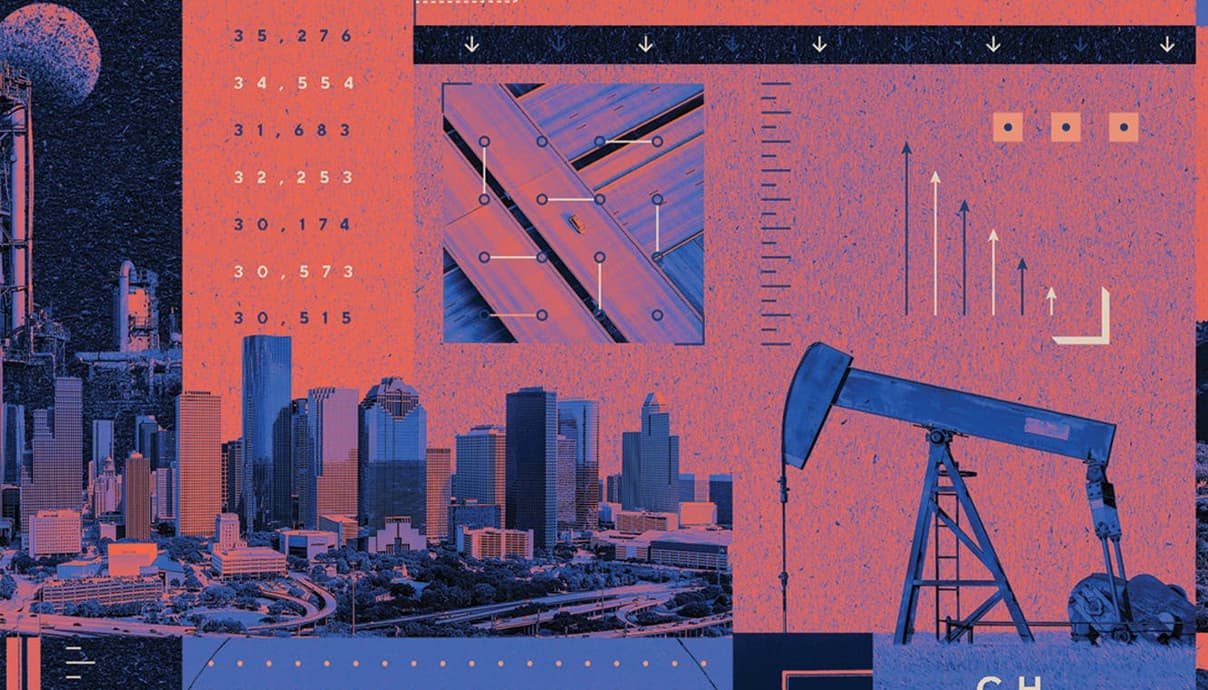 American oil prices fell to historic lows on Monday, April 20. As the day dragged on, prices fell over 300% to negative $40 per barrel, meaning producers would pay customers to take oil off their hands. For the first time in history, some of the world’s oil supply was essentially worthless as suppliers were rapidly running out of storage for the unprecedented production glut.

The primary reason for the oil price collapse over the last month is that one third of demand in global markets evaporated. Factories remain shuttered, airlines are grounded, and consumers are staying home. Oil prices fell below $0 in the US where storage capacity is running out, and many producers fear a spree of bankruptcies in North American hydrocarbon production.

Why the negative prices?

Prices fell into negative values on Monday as traders who had bought and sold contracts for oil to be delivered in May realized they could not sell the contracts to others. When investors “trade oil,” what they do is buy “futures,” meaning a contract to have oil delivered at a future date. Often traders buy these contracts not with the intent to use the oil, but to sell it at a higher price before the physical oil would be delivered.

In a way, oil traders gamble that the delivery contract they buy will be worth more closer to delivery when they can sell the contract to someone who actually intends to use the oil. The gamble did not pay off this month as a fall in global demand means more oil is produced than is used. With no one to buy the physical oil that is bound to be delivered shortly, traders were willing to pay others to take the contracts off their hands.

Why did this happen where it did?

The need for storage is especially important when it comes to West Texas Intermediate (WTI) crude, a specific type of oil produced in North America that is traded via a transport and storage hub in Cushing, Oklahoma. This hub is home to storage facilities capable of holding roughly 91 million barrels of oil, but this tremendous capacity is rapidly running out. Within two weeks, US storage is expected to reach “tank tops,” meaning there will be no more space to store excess oil.

Because much of the locally produced oil has to be shipped over land, there are limited storage facilities available to producers and buyers of crude oil. Contracts due in May would require oil buyers to either use or store the oil. Sellers were desperate to offload the contracts they had bought with no intention to use the oil, not wanting to pay for storing the crude.

Why not temporarily halt production?

Shutting down an oil well can be a complicated and even dangerous process. Wells can suffer damage which prevents them from ever reopening. Shutting off an oil well during a fall in demand is similar to tearing down a supermarket when there are no customers. It would reduce short-term losses, but tremendous costs would be required to rebuild the supermarket when demand increased again.

Oil and shale gas production requires constant pressure on wells to keep hydrocarbons flowing to the surface. Once this pressure is taken off, the well may collapse or suffer irreparable damage.

Another problem lies in the debt smaller US oil producers have taken on to finance the purchase of oil wells, which can easily cost $10 million to $20 million. Shutting these wells down properly requires a company to pay large amounts of money. At the same time, the company’s debt grows and they have no future prospect of income from the well without again investing large sums at a later date.

Is this a uniquely American problem?

Usually large quantities of oil flow south from Oklahoma to Houston, Texas for export, but as the global oil market has shrunk by at least one third, few are now buying.

Brent Crude, a similar light sweet crude produced in the North Sea, sets a benchmark price for European, African, and Middle Eastern oil. Although Brent dropped 10% after WTI fell into negative values, it still hovers around $20 per barrel in what is seen as a more realistic indicator of true oil prices. Brent oil is produced offshore and can be shipped to a variety of storage facilities, making storage issues less urgent compared to the situation in North America.

While $20 is still a very low oil price that is not sustainable for many producers in the long-run, the effect that WTI’s current price of negative $8.50 will have on hydrocarbon production in North America could become a long-term positive for oil producers in Europe, Africa, and the Middle East.

Rystad Energy earlier shocked the industry with their estimate that hundreds of US energy producers might soon file for bankruptcy, but this prediction factored in an oil price of $20. If prices go below $10, previously thought to be highly unlikely, more than 1,000 oil production companies across the US could go bankrupt.

Last week Donald Trump received nearly universal praise from market analysts for striking a “historic” deal to cut global oil production by 10 million barrels per day. The agreement has still not come into effect, and any positive impact from the deal will evaporate before the cuts become a reality.

Ironically, the only realistic way for oil markets to make a modest rebound is through the collapse of the US shale gas industry. The expansion of this industry has turned the US into a net exporter of oil. In the absence of competitive prices, many industry companies will collapse, reducing global oil production significantly and potentially re-balancing supply and demand.

The US oil industry employs roughly 10 million Americans. With a historic 22 million Americans filing for unemployment benefits since the pandemic hit, Trump can ill afford a collapsing oil industry. The US president offered to either buy or lease storage space for 75 million barrels of oil in US strategic reserves, which would buy some time but would not reverse the trend. Trump downplayed the negative oil prices as a “financial thing,” referring to the trade in futures, but offered little in the way of reassurance that all will be well in the oil industry.

In response to the historic drop in oil prices, the Dow Jones dropped nearly 600 points. Markets had been cautiously optimistic over flattening curves in the COVID-19 pandemic, still enjoying the effects of unprecedented stimulus and support provided by the US government and Federal Reserve. This optimism waned as oil prices fell, a historic indicator that difficult times are ahead.

The economic uncertainty is confounded by the structural nature of oversupply in oil markets amid significant doubts that a rapid economic recovery could materialize. While national leaders around the world appear eager to reopen their economies, without sufficient evidence that the pandemic is truly under control, there is little chance of a successful return to ‘normal’.