How Oil Prices are Impacting Kuwait and Iraq

The countries’ national budgets for 2020 did not account for a severe drop in oil prices. 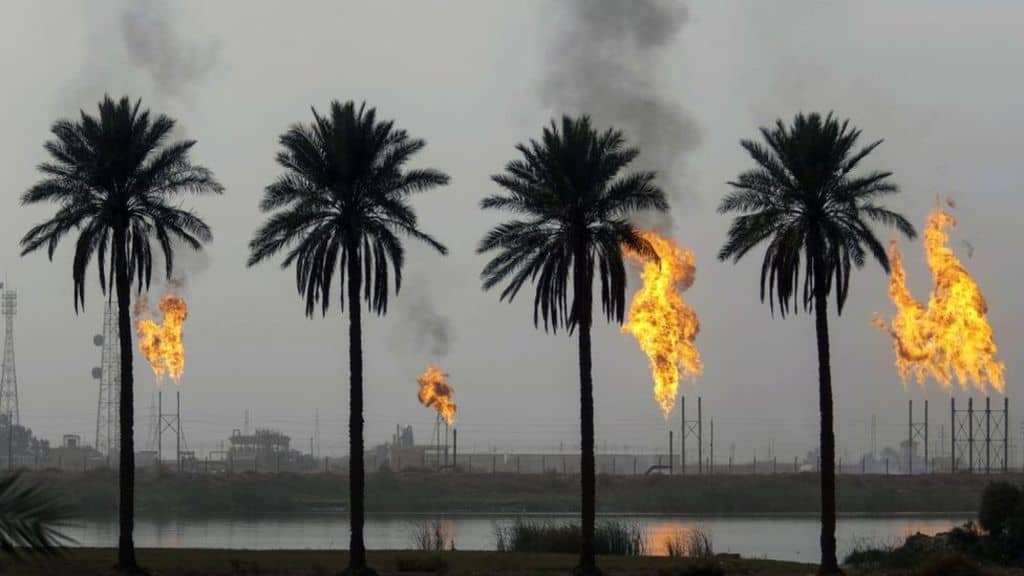 The oil market is “officially broken,” an exasperated oil market expert told CNN on Monday, April 21. Bjornar Tonhaugen, head of oil markets at Rystad Energy, said he was “shell-shocked” by the negative oil prices in the heart of the US after May futures were set to expire.

The global oil market is experiencing turmoil unlike any other time in history, outside of world wars. Storage capacity is rapidly running out around the world as oil-producing nations continue to churn out tens of millions of barrels of oil every day. The first victims of the current supply glut will likely be US oil producers, but the sustained low prices are having a dire effect on the budgets of Middle Eastern countries.

Iraq and Kuwait are two examples of countries where state revenue is heavily tied to oil prices.

Despite political unrest and the continuing aftereffects of its struggle with ISIS, Iraq started 2020 hopeful with its largest budget in history. The budget aimed to improve the country’s broken infrastructure and invest heavily in the nation’s youth. With a median age of 21 and political unrest rife on Iraqi streets, the government had hoped to build support by investing heavily in the future of the nation.

Iraq’s budget became a major worry as oil prices slid along with global demand amid the COVID-19 pandemic. With 93% of Iraq’s revenues based on oil, the $135 billion dollar contribution from Iraqi oil production started to diminish. When outlining the national budget, the country’s government had expected oil prices to hover around $56 dollars per barrel.

The country is still in disarray after ISIS ravaged and occupied significant swaths of its territory. Citizens achieved a change in leadership through protests, but repeated prime ministerial appointees have failed to form a government in the divided nation. Now that Iraq stands to lose roughly two-thirds of its oil revenues, few options remain to stabilize the nation.

Kuwait enjoyed a decade of relative stability compared to Iraq, but its budget hinges on average oil prices of $81 per barrel. Analysts predicted the budget would have a $30 billion deficit, breaking even if Brent prices would remain around $81, but the current global averages mean the country could be in big financial trouble.

Kuwait’s finance minister, Mariam al-Aqeel, has promised to fund some of the deficit from state reserves. As the country heads towards its sixth consecutive year running significant deficits, Kuwait’s National Assembly has, so far in vain, debated whether to raise public debt ceilings. Kuwait’s current predicament could easily lead to a downgrade by international ratings agencies, making it more expensive for the country to borrow money and finance its debt.

Kuwait and Iraq are both dependent on larger oil-producing nations to set production levels and stabilize prices. The current price war has eased somewhat with the agreement between OPEC and non-OPEC countries, but there will be little hope of recovery without a significant rise in demand.

With revenues from hydrocarbon production unable to pay for state budgets, both countries are left with little agency to diversify their economies and break their reliance on oil revenues. Only a major destruction in supply, such as a collapsing oil industry in the US, could potentially raise prices in the near future.

Prices may rebound to some extent if the coming months witness a total collapse of the US shale gas industry. Combined with a renewed positive economic outlook for China, a recovery in oil prices is now closely linked to how COVID-19 develops. A renewed outbreak in countries where lockdowns are lifting could mean Iraq and Kuwait will face significant deficits and will likely present much less ambitious budgets for 2021.