US Diplomat: Threat to US Troops in Iraq Still High, but ‘Competent’ New PM a Good Partner

The Nobel Peace Prize-winning prime minister has disbanded Africa’s largest political party in an effort to reinvent the country’s politics—but some powerful players stand to lose, and they won’t go quietly. 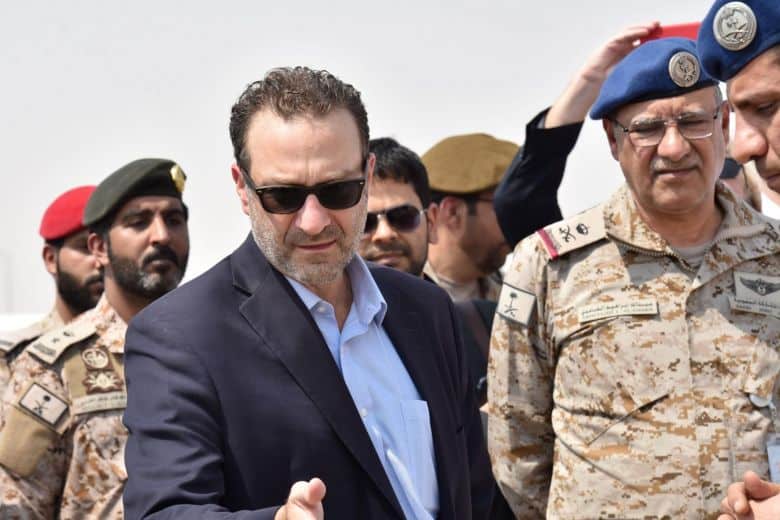 US Assistant Secretary for Near Eastern Affairs David Schenker opened the broad-ranging press conference, by reconfirming the United States commitment to providing both security and COVID-19 assistance to Iraq.

Schenker contrasted US assistance with Iran’s “counterproductive” meddling in neighboring Iraq’s internal politics, stating, “we are committed and longstanding partners to Iraq. Our support is not a PR stunt and our generosity is unmatched.”

During the conference, Schenker commented on Lebanon, Syria, and Yemen, but questions on Iraq dominated the discussion–notably the new Prime Minister Designate Mustafa al-Kadhimi, COVID-19, and the security situation facing US troops, following rocket attacks near Basra on April 6.

US Appraisal of Prime Minister-Designate

Kadhimi, a former Iraqi National Intelligence Service chief, was tapped to try his hand at forming a government after al-Zurfi resigned, citing domestic and foreign issues as the reason for his ill-fated tenure as prime minister.

“If I was an Iraqi, I would be furious at the role that Iran is playing and the role that Iran proxies are playing,” Schenker quipped. “If it’s a defeat for anybody, it’s a sad defeat for the people of Iraq that Zurfi did not get a chance after being designated to present his slate of ministers to the COR, the Council of Representatives.”

Iraqis took to the streets in November 2019 and in bloody protests called for a change of government and greater political leadership, but Iraq’s political and socio-economic crisis has only deepened since former prime minister Abdul Mahdi’s ouster.

Kadhimi now has 30 days to try and achieve what his two predecessors could not–to build a cabinet acceptable to the 329-member COR and a frustrated Iraqi populace.

The new prime minister-designate will need to manufacture a level of political cooperation that has been elusive so far, but is badly needed as the weight of COVID-19, in conjunction with ongoing socio-economic challenges, weigh heavily on Iraq.

Schenker was positive about Kadhimi’s selection and praised his work at the Iraqi National Intelligence Service, saying its performance improved markedly under his leadership. The assistant secretary also pointed to Kadhimi’s background in human rights and journalism, describing him as “impressive in his own right.”

“And if he [Kadhimi] is an Iraqi patriot, which he appears to be, and is going to be fighting for reform against corruption and for Iraqi sovereignty, as the Iraqi patriot that he is, then this is something that’s also going to create problems for Iran, undoubtedly,” he said.

While those traits could create problems for Iran, they suit US interests, the assistant secretary revealed, saying Khadimi’s leadership “would be great for Iraq, and I think it would be great for our bilateral relationship.”

Local police and witnesses reported that three Katyusha rockets landed near the Burjesia residential area, that houses foreign workers and oil company offices west of the oil-rich city of Basra, on April 6. No one claimed responsibility for the attack, which came just one week after President Donald Trump accused Iran of planning a “sneak attack” on US assets, possibly in Iraq.

Military bases and the US Embassy in Baghdad are regularly shelled, and Schenker confirmed the threat to US forces “continues to be significant.” He also noted that America took Iraqi shia paramilitary group Kataib Hizballah’s ceasefire declaration “with a grain of salt.”

“We would of course welcome [the declaration] if Kataib Hizballah did not attack us, but we still see a significant threat to U.S. personnel and forces, military forces in Iraq and that persists,” the diplomat said.

There has been a significant draw down of US and other foreign troops stationed in Iraq in recent weeks due to the regional coronavirus outbreak, and because the personnel are required to join the COVID-19 fight back home in countries like the US and France, which are hard-hit by the virus.