COVID-19: US Military to Halt Overseas Movement, France to Pull Troops from Iraq

The global spread of novel coronavirus and rising death tolls in the US and France pushed both countries to curtail their overseas military operations and redeploy troops to carry out domestic COVID-19 related missions. 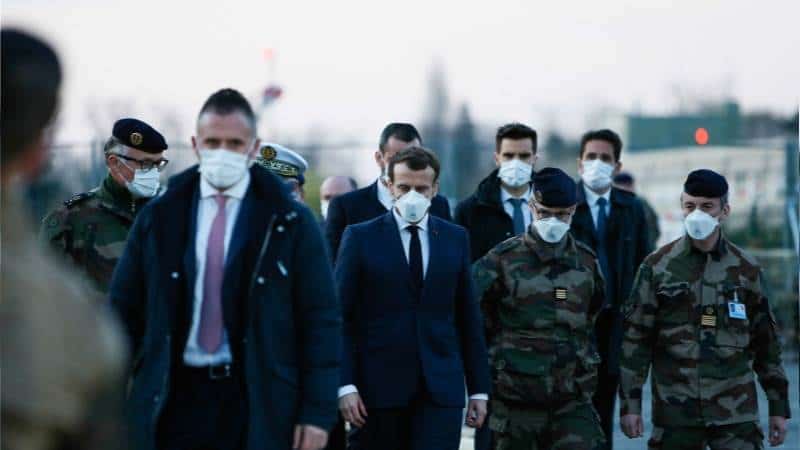 The Pentagon issued a 60 day stop movement order for all US troops worldwide on March 25. Meanwhile, the French Armed Forces Minister announced his country will withdraw troops from “Operation Chammal” in Iraq as it mobilizes to respond to the deepening coronavirus crisis gripping France.

The stop movement order, issued by Secretary of Defense Mark Esper, applies to all Department of Defense “uniformed and civilian personnel and their sponsored family members overseas.” Some exemptions exist, most notably the drawdown of US troops stationed in Afghanistan.

“The purpose is to make sure that we’re not bringing the virus back home, infecting others, that we’re not spreading it around the military,” Esper told Reuters.

An estimated 90,000 defense workers were scheduled to deploy within the next 60 days. A large number of those now unable to travel overseas will likely be re-assigned to missions supporting the US government’s domestic coronavirus response.

US Navy hospital ships are already en route to Los Angeles and New York City to back up local hospitals, and the Army Corps of Engineers is working on strategies to increase bed capacity in New York.

Among the 68,534 confirmed cases of the novel coronavirus throughout the US, 37,258 are located in New York State alone, making it the most affected state. The spiraling health crisis prompted New York State Governor Andrew Cuomo to call on the US government and military for extra assistance, including medical equipment, as New York’s hospital system struggles to cope under increased strain.

Over the last few days, French Armed Forces also stepped up to join the national effort to fight coronavirus within the Hexagon.

French troops have already carried out a number of medical evacuations by air and sea. Troops set up a field hospital to handle overflow from the Mulhouse hospital, located on the border with Switzerland and Germany, which has been overwhelmed by the COVID-19 outbreak.

The number of confirmed cases in France continues to soar, and at the time of publishing there are 20,002 active cases, including 1,331 fatalities.

As part of “Operation Resilience” launched by President Emmanuel Macron on March 25, troops will also mobilize to provide medical, logistical, and security aid. Troops will also provide assistance to populations hard-hit by the deadly virus in France and its overseas territories, said a statement from the Ministry.

French authorities said the same day that approximately 100 soldiers serving in Iraq within Operation Chammal are to be immediately, but temporarily, repatriated. The troops are part of a US-led coalition providing local Iraqi forces with anti-terrorism training to fight the Islamic State (Daesh).

“In coordination with the Iraqi government, the coalition has decided to adjust its deployments in Iraq and provisionally suspend training activities, after taking into account the health crisis,” the French military announced.

For its part, Iraq suspended all military training to prevent the spread of COVID-19 in the country. Iraq has confirmed 26 deaths from COVID-19 amid 241 active cases. In neighboring Iran, considered the epicenter of the outbreak in the Middle East, the virus has killed an estimated 2,234 people.

Read also: Mayhem in the Wake of US Airstrikes in Iraq