Mayhem in the Wake of US Airstrikes in Iraq

The Iraqi government calls for an emergency meeting while another rocket attack strikes Camp Taji. 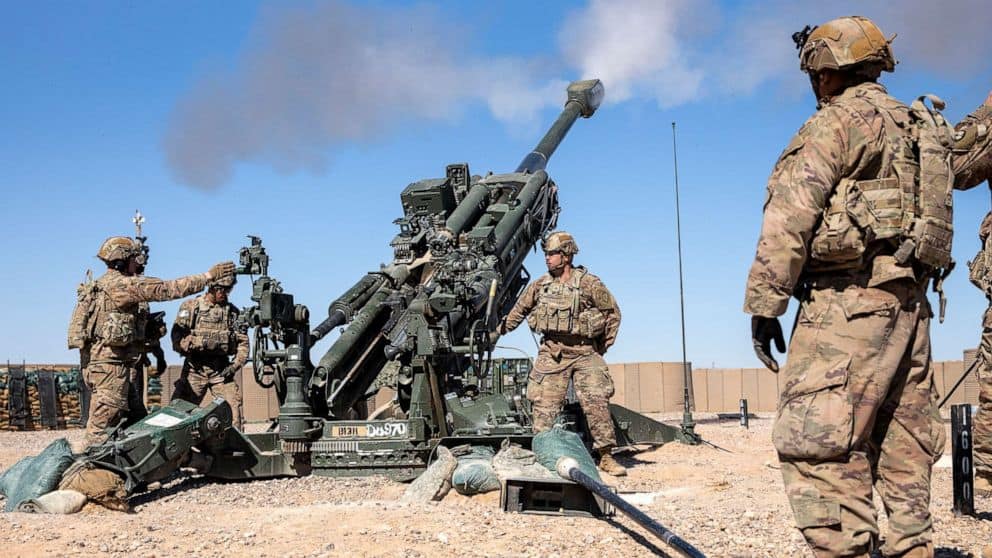 On Friday, March 13, Arabia Policy reported on statements made by Commander of US Central Command General McKenzie Jr. during a press conference regarding US retaliatory airstrikes following a rocket attack that killed a British medic and two American soldiers.

With no mention of the six innocent lives lost in the midnight bombing of five locations around Iraq’s capital, the general had declared the operation a resounding success. There had been “minimal collateral damage” and the operation had been mandated by the US “support of the people of Iraq.”

“We don’t actively look for places to attack,” General McKenzie had proclaimed, as the airstrikes had been “defensive” in nature.

These defensive strikes were designed to destroy Iranian-supplied advanced conventional weapons, and that the U.S. acted in self-defense in response to a direct and deliberate attack on an Iraqi base that hosts coalition service members. – Gen Frank McKenzie, CDR CENTCOM pic.twitter.com/dBbe3Fx6Os

In the end, the airstrikes had been a “resounding success,” the general reported to the US media.

The five “storage units” had held “advanced Iranian weapons,”, which had now been destroyed. The strikes were necessary to “degrade the future attack capabilities” of the Iran-backed militia and the general was confident the militia would now be unable to execute their “cowardly attacks.”

Iraqi government and Shia-militia respond to US action

The general had reiterated that the US military presence was there at the invitation of the Iraqi nation, and all military action was done through careful collaboration.

However, late Friday, that argument was called into question as the Iraqi Foreign Ministry held an emergency meeting, summoned the British and American ambassadors, and stated it will make a formal complaint on the US airstrikes at the UN Security Council.

The Iraqi military released a statement on Saturday, March 14, reiterating Iraq’s demands for a withdrawal of US military forces from the country, according to The Daily Star. The statement emphasized the decision made by Iraq’s parliament in January to expel US troops, highlighting that the current US military presence is neither wanted nor sanctioned by the Iraqi government.

On Friday the US claimed to have eliminated the ability of Shia militias to attack the US further.

“They attack us at night when its harder to spot them. They set a timer and leave before rockets are fired,” General McKenzie said in an apparent effort to paint the attack as cowardly and only possible because of the militia’s efforts to hide the one rocket launcher used.

These comments had clearly hit a nerve with the Shia militia responsible for the rocket attack, as Saturday afternoon, rockets were fired at Camp Taji once again, this time injuring five.

As resistance to the US presence in Iraq grows, the future of US engagement in Iraq remains in question.

With little support from the Iraqi government and the local population, the US intends to increase some defensive capabilities in the country by bringing in its patriot missile system. This system could do nothing against attacks such as those seen on Camp Taji, but further highlight that the American presence in the country has more to do with countering Iraq’s next-door neighbor, Iran.

As the US continues to keep two carrier strike groups in the region and assesses that Iran’s coronavirus-related crisis will “make Iranian generals even more aggressive,” what impact the current outcry against US military activity will have remains to be seen.