The Pentagon claims to have hit weapons storage facilities but the Iraqi government and civilians refute the reports. 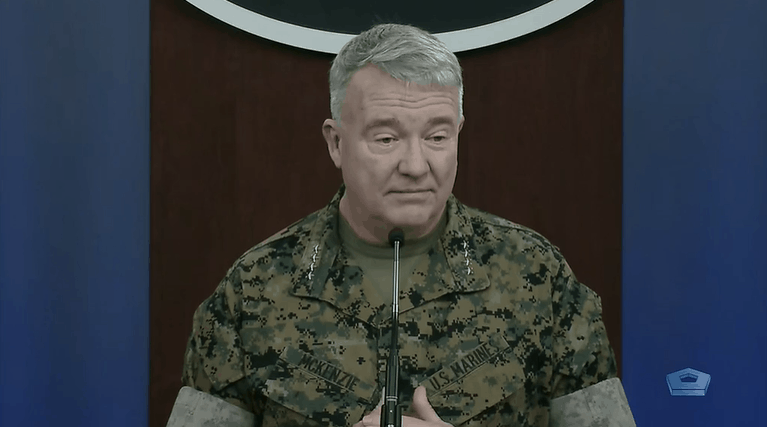 On Wednesday, March 11, rockets hit the Camp Taji US Air Base, killing three military personnel and wounding roughly ten. The rockets, fired from a WW2-era Katyusha rocket-launcher, damaged the base and claimed the lives of one British medic and two American soldiers.

The following day, US Secretary of Defense Mark Esper discussed the issue with President Donald Trump.

Esper later summarized the conversation for reporters: “He’s given me the authority to do what we need to do, consistent with his guidance.”

“I’m not going to take any option off the table right now, but we are focused on the group – groups – that we believe perpetrated this in Iraq,” he added on the subject of potential retaliatory strikes.

The ramifications of the comment became clear after midnight, when US military aircraft in Iraq took to the air in order to launch retaliatory ‘precision’ strikes, targeting what the Pentagon called “five weapons storage facilities used by Kataib Hezbollah militants”. 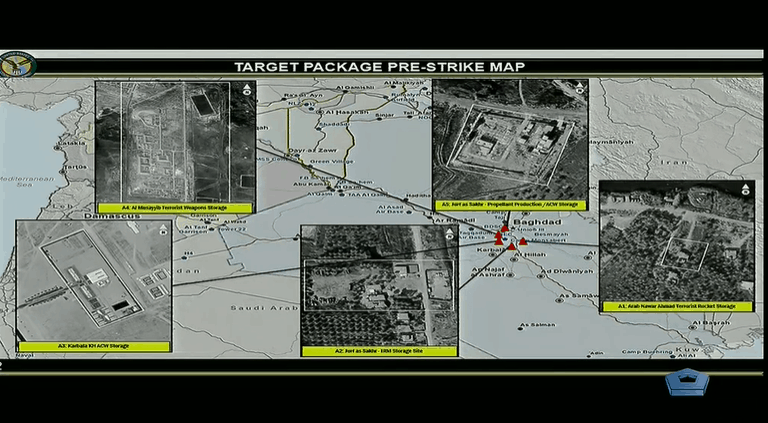 At the time, western news sources reported the strike as a proportional response to the Camp Taji attack, with Reuters even reporting “there was no sign of the kind of high-profile killing that President Donald Trump authorized in January, when the United States targeted a top Iranian general, Qassem Soleimani”. 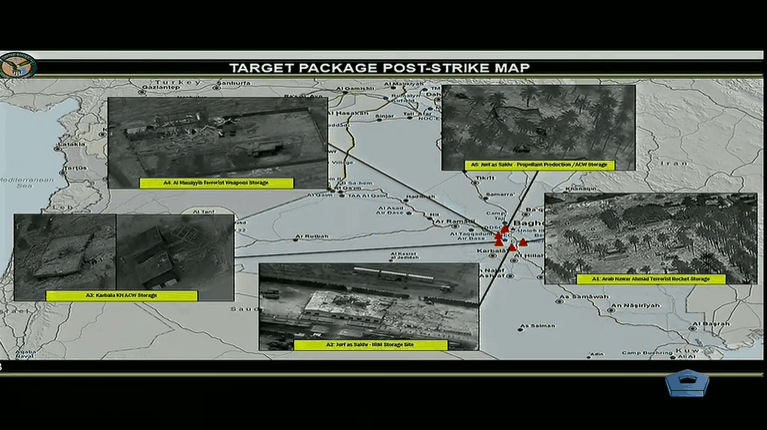 A proportionate response, that could have been much worse, if not for US caution.

The US has retaliated against the Shia militias who fired rockets that the killed two American servicemen in Iraq. Regrettably, these attacks on our forces will continue as Iran has no problem fighting to the last of the Shia militias and believe they can force us out of Iraq.

What really happened only became clear when the dust settled the following morning.

The US airstrikes had managed not to kill even a single Shia militia-member, instead six innocent lives were pointlessly extinguished in what could hardly be described as  ‘precision’ strikes.

Three Iraqi soldiers and two policemen, all of whom had received training and equipment financed by the US over the last decade, would not return to their families that morning.

The scale of the calamity only became more obvious when reports from Al-Arabiya started coming in. A cook, working in the kitchen at a civilian airport under construction, has similarly been killed by the US retaliation.

In total, the strike killed six and wounded a dozen others, with no relation to the attacks at Camp Taji. These blatant attacks on non-combatants could constitute war crimes, as stipulated by the United Nations and the 1949 Geneva convention.

“The pretext that this attack came as a response to the aggression that targeted the Taji base is a false pretext; one that leads to escalation and does not provide a solution. This action is against the will of the Iraqi state and a violation of its sovereignty, it strengthens outlaws. No party has the right to substitute itself for the state, its sovereignty, or its legitimate decisions.”

Today, Arabia Policy attended via live-stream, the US press conference on the strikes. General. McKenzie Jr., Commander of U.S. Central Command took questions from reporters after extending his condolences to the families of the US and UK military members who died in the Camp Taji attack.

With no comments about Iraqi lives lost in the attack, the top general in the region produced aerial footage of the targets and reiterated several times the “defensive nature” of the retaliatory strikes, while admitting that “of course dropping a bomb from an airplane is always an offensive act.”

US Military command claims the targeted locations held the “advanced Iranian weapons” used in the Camp Taji attack, while later acknowledging that the 107mm missiles used were actually relatively low-tech (the Katyusha rocket launcher was actually developed, and used, by the Soviets to defeat Nazi Germany in the Second World War).

“We have degraded these Iranian-backed militias’ ability to attack in the future,” the general said, as US media continued to press him on why there had not been even more airstrikes. Several times the general reiterated close collaboration with the Iraqi military but admitted that this weeks’ airstrikes had been reported to the Iraqis “in the wake” of the move.

Evidence of the impact of the airstrikes was unavailable, the general continued, because of bad weather in the Baghdad region. The civilian airport where an innocent cook died that night, was clearly storing “advanced Iranian” weapons that posed a significant threat to the United States.

US military leadership is clearly presenting events as a cautious and precise defensive act, against a cowardly enemy that is now severely hamstrung by the airstrikes.

Where the truth lies, and whether the truth will have any impact on future decisions, remains to be seen.