A crescent moon has been spotted over the MENA region, marking the official start of the Islamic holy month in many countries. 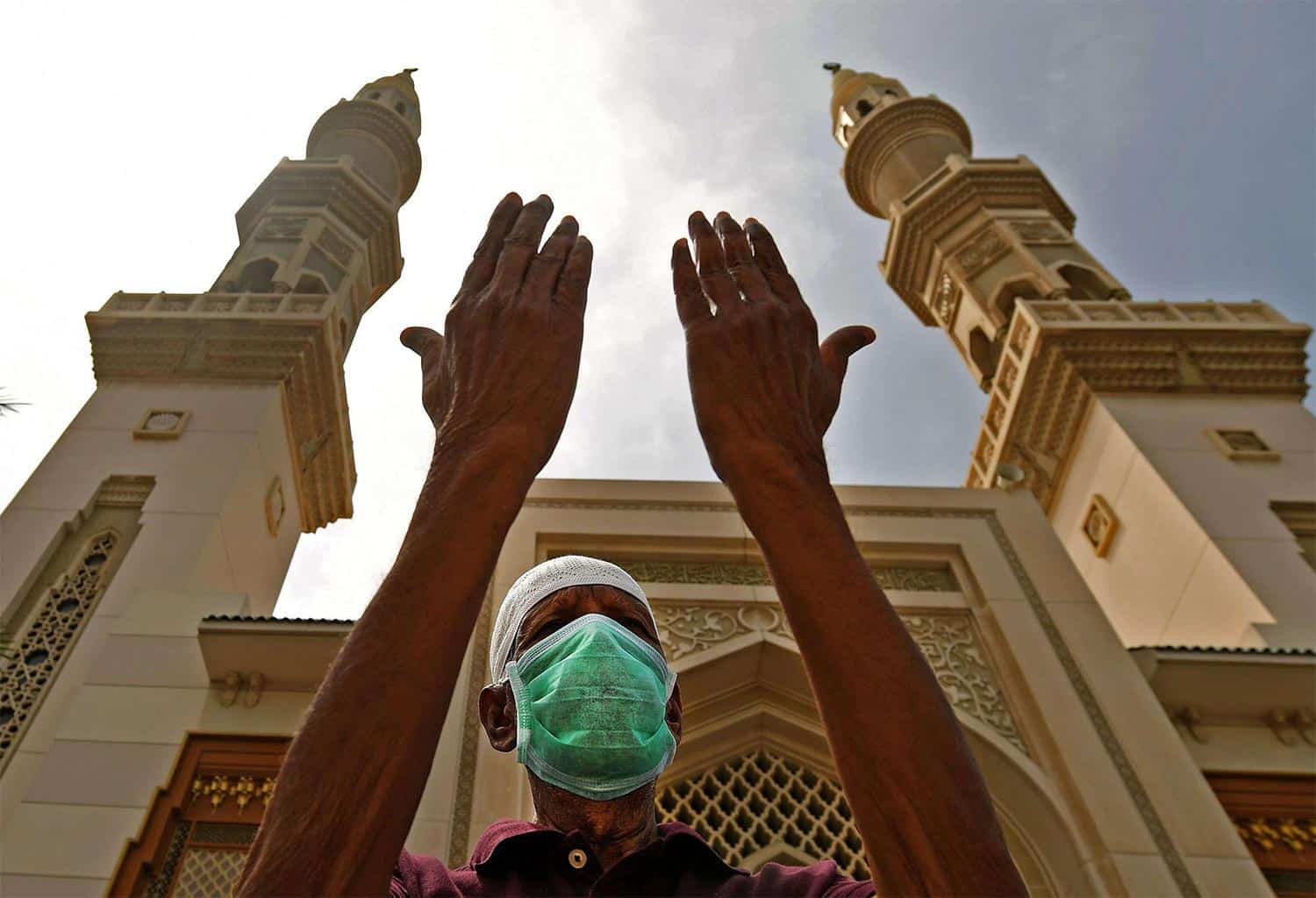 Today, April 23, Saudi Arabia and the UAE have announced the moment of the crescent moon sighting over their countries, signaling the coming of the new moon and the start of the holy month of Ramadan. The coming lunar month will start tomorrow in nations that witness the crescent moon today, and an unprecedented Ramadan will officially commence for many of the 300 million Muslims in the region.

Ramadan marks the ninth month in the Islamic lunar calendar and symbolizes when Muslims believe Quranic scripture was first revealed to Islam’s prophet, Muhammad. The month of Ramadan entails a variety of rituals meant to spiritually cleanse believers and build an understanding of the suffering of the poor. Muslims refrain from eating, drinking, smoking, and sexual activity during their daily fasts which start at dawn and are ritually broken after sunset.

Breakfast and dinners during Ramadan are festive celebrations of togetherness. Families and distant relatives commonly reconnect as they share tables full of delicacies, meat dishes, and sweets. Muslims commonly break the fast by eating dates before sharing the festive “iftar” meal.

Fasting during Ramadan is intended to cleanse the Muslim soul, requiring self control and discipline to maintain the fast while also building empathy for those in poverty who regularly go without meals. A variety of exemptions exist for those who are sick, menstruating, or traveling. Along these lines, anyone at risk of, or suffering from a COVID-19 infection is recommended not to fast.

Muslims around the world lament that they will celebrate this year’s Ramadan without close contact with family, missing an opportunity to connect with near and distant relatives alike. At the same time, this year’s Ramadan holds a symbolic value that spreads far beyond the Islamic community. The emphasis on sympathy for the poor, the importance of providing charity and sharing one’s fortune, is a message our divided world very much needs in a time of crisis.

The importance of charity during Ramadan means Muslims emphasize giving charity to the poor during their holy month. Donations are distributed before the end of Ramadan to ensure that all Muslims can celebrate the Eid feast. Unlike the standard Zakat, one of the five pillars of Islam, which routes a fixed percentage of a household’s wealth to society’s poorest, Muslims decide how much to give during Ramdan as the rich experience how being hungry and thirsty truly feels.

This year’s Ramadan will be one like never before as states continue to enforce lockdowns, curfews, and travel restrictions across the world. Digital technology will serve an important way for Muslims to see loved ones and family as they break their fasts and have their iftar meals in solitude. Taraweeh prayers, commonly performed with friends and neighbors in local mosques, will instead take place at home.

In Indonesia, the world’s largest Muslim nation, the start of Ramadan commonly features a gigantic exodus: Millions of Jakarta’s residents travel on motorcycles, sleeping by the side of the road, to go to their home villages to celebrate the holy month with their families. This year, a ban on the exodus means they will have to spend Ramadan in the cramped conditions of Jakarta’s slums.

Most Muslim-majority countries have announced a ban on communal prayers such as the Taraweeh rituals. Live-streamed prayers in Islam’s holy cities of Mecca and Medina will feature just a few officials instead of the packed crowds normally seen.

On April 20, Saudi Arabia’s health minister, Tawfiq Al Rabiah, highlighted that although Ramadan 2020 will be less festive, it will provide a shared experience like never before. “We are all in one boat, if we commit together we’ll safely reach the shore,” Al Rabiah said. “We used to have a lot of social activities during Ramadan, this year it will be different and I urge everyone to commit to social distancing,” he said in a televised address.

For non-Muslims around the world, this Ramadan might hold an unprecedented secular meaning. During isolation and quarantine, people of all faiths have a reminder of the importance of togetherness and family bonds as seen at iftar meals. The value of discipline and self-control is greater than ever as the majority of people follow measures not to protect themselves but other, more vulnerable people.

Meanwhile, the need for charity and assisting those less fortunate reaches critical importance as experts predict millions will go hungry this year. As the world’s poorest feel the economic consequences of the COVID-19 pandemic, it is important for every global citizen to understand the interconnectivity that binds us all together in sickness and in health.

As Ramadan commences tomorrow in many MENA countries, Muslims and non-Muslims alike have the opportunity to share in our common humanity, protect the most vulnerable, and use self-discipline to protect our neighbors and loved ones. As the Quran says, “Humanity is but a single brotherhood: so make peace with your brethren.” (49:10) For one month, let us try to be kind to one another in this time of need and let us wish our Muslim friends and neighbors a happy Ramadan, or “Ramadan mubarak.”