Syria, Turkey, Korea: How Developing Stories Could Change the World

The ceasefire between Russia and Turkey hangs in the balance, Kim Jong Un has been hospitalized, and Turkish moves could endanger NATO. 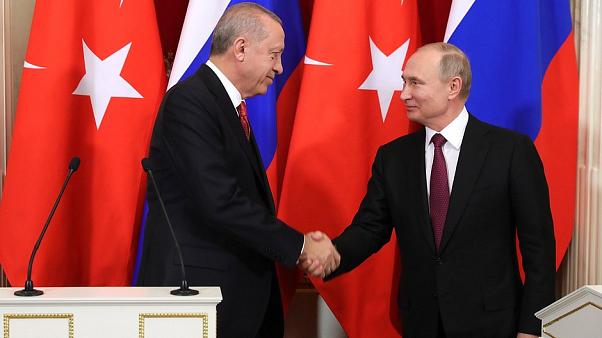 This week marked three developments that could reshape long-standing geopolitics. While peace hangs in the balance in the Levant, Eastern Asia could have a potential window for peace while the North Atlantic Treaty Organization (NATO) could lose a powerful member.

While it seems all news is related to COVID-19, the developments could reshape our world in unexpected ways:

A tentative ceasefire between Russian and Turkish forces in Idlib province is on the verge of breaking. Turkish President Recep Tayyip Erdogan has accused Syrian forces of violating the truce. “Should the regime, which has violated the cease-fire and other conditions of the agreement, continue in this way, it will pay a price with heavy losses,” Erdogan said in an address to the nation as he reaffirmed Turkey’s commitment to the agreement.

Idlib is now a cause for concern. The war-ravaged province has seen 185,000 Syrians return to their native country since the ceasefire was agreed, according to Anadolu Agency. The truce between Turkey and Russia came as the threat of COVID-19 started to spread in early March. Concerns are now rising for a resumption of hostilities in the midst of a public health crisis.

In Eastern Asia, Kim Jong Un is battling for his life in a North Korean hospital, according to US intelligence sources. The 36-year-old ruler of the isolated communist country was reported to be suffering from complications after undergoing cardiovascular surgery. Kim has not been seen in public since April 11 when he discussed COVID-19 measures and elevated his sister Kim Yo-jong within North Korean ranks.

Kim Yo-jong rose to prominence in Pyongyang in recent years as a spokeswoman, representative, and propagandist in the secretive regime. If her brother’s condition worsens, some expect her to take the reins of power, although a range of senior military officials could also make a power grab. If the country’s current ruler, who is known to be a heavy smoker and unhealthy eater, does not recover, we could see the first official female-led dictatorship.

While Turkey and Russia are on opposing sides in Syria, a rapprochement is underway between strongmen Vladimir Putin and Recep Erdogan. Both national leaders are under fire for their handling of their national COVID-19 outbreaks, and both could use some “good news” on foreign policy. That good news would be seen very differently in Europe and the United States as Turkey prepares to activate its Russian S-400 missile system, potentially signaling a break with NATO.

On Monday, Reuters cited a Turkish official as saying the plans would be delayed because of the pandemic, but today, US State Department Spokesperson Morgan Ortagus told the same outlet that the US is deeply concerned that Turkey might soon activate the system. If it does, it would mean Turkey is likely to exit NATO: The Russian system directly interferes with an expensive new fighter jet that NATO sees as its trump card for the coming decades.

Although none of these stories would grab traditional headlines, all three have the potential to change our geopolitical structure. Having NATO’s second largest army leave in favor of an alliance with Russia would change the balance of power in Eastern Europe and the Middle East. Without Kim Jong Un, North Korea might see a power struggle with unexpected results. If fighting recommences in Idlib, the consequences for Syria and the region could be far-reaching: A conflict zone would provide the “perfect” breeding ground for COVID-19.

In the midst of a flood of COVID-19-related stories, these three developments could potentially change the world in many good, bad, and unexpected ways.