One month before Turkey is set to activate its Russian missile system, the US has made a last-ditch effort to prevent the system from becoming operational. 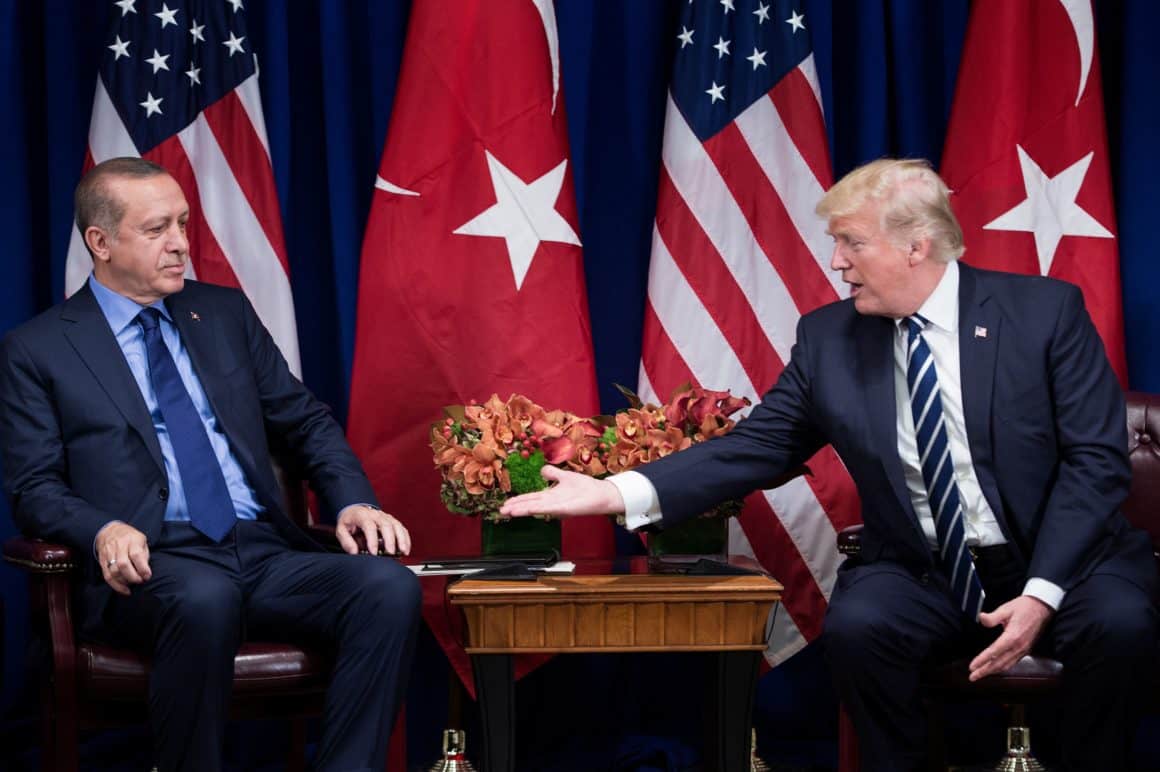 Over recent years, Turkey has maneuvered itself in between NATO and Russia, in moves redolent of geopolitics during the cold war. As the second-largest army in NATO, Turkey was a contributor to the development of the F-35 Lightning II, or Joint Strike Fighter, an advanced fighter-jet that took many years and the collaboration of nine countries to complete.

The jet-fighter uses stealth as its primary tactical advantage and is the most expensive weapons program ever to have been developed in the US. The New York Times reported that production and maintenance are expected to cost American taxpayers more than a trillion dollars over 60 years.

While six of the countries investing in the F-35 have received their first jets, Turkey’s first six jets, worth more than half a billion dollars, were supposed to have been delivered in 2019. Turkey expected a total of 100 F35’s, but the jets remain in storage.

Turkey’s brand new jets are collecting dust at Luke Air Force Base in Arizona because of  another weapon system it ordered: The Russian-made S-400 missile system.

The S-400 ‘Triumf’ system is an anti-aircraft system that uses advanced radar combined with multiple intercepting missiles and can defend an area with a radius of 400km, depending on the missiles used.

In contrast, the American alternative, the US Patriot missile system can only fire one missile from a distance of 96km. The system is seen by international defense experts as one of the best air defense systems in the world, but it is the system’s ability to detect and destroy stealth fighters that worries the Pentagon the most.

What is the big deal?

The Russian missile system, dubbed the ‘F35 killer’ by Russian arms manufacturers, uses its radar to constantly learn the patterns of planes within its reach. The US military fears that having Turkish F35s integrated into a system that also includes the S-400 would result in the Russian system ‘learning’ about the F35s flying in Turkish airspace.

By analyzing flight patterns and maneuvers the Russian system would in effect negate the US jet-fighters’ stealth capabilities, rendering its tactical abilities useless in the future.

This has made any nation intending to purchase S-400 systems a strategic pariah to the United States, which both India and Saudi Arabia discovered when they made their interest known. Bilateral relations between the US and India have deteriorated and Saudi Arabia is under major pressure to cancel the order of the anti-aircraft system.

As a last-ditch effort to prevent the already installed systems in Turkey from becoming operational in April, the United States has now offered Turkey its Patriot missile system.

Turkey had earlier requested to purchase Patriot missiles to defend its southern border with Syria, a request that was denied. In a significant u-turn, the pentagon is now offering Turkey its missile system in exchange for a promise not to activate its S-400 installations.

“They also softened significantly on this S-400 issue. They are now at the point of ‘promise us you won’t make the S-400s operational,” Turkish President Tayyip Erdogan told reporters in Brussels.

While Russo-Turkish relations are nowadays commonly seen to hinge on their indirect proxy wars in Libya and Syria, the coming month will show how geopolitical relations between the US, Russia, and Turkey will evolve.

If Turkey activates the S-400 system, its position in NATO, and as an ally to the US, could be in serious jeopardy and a potential realignment of alliances in the Middle East could be in the making.