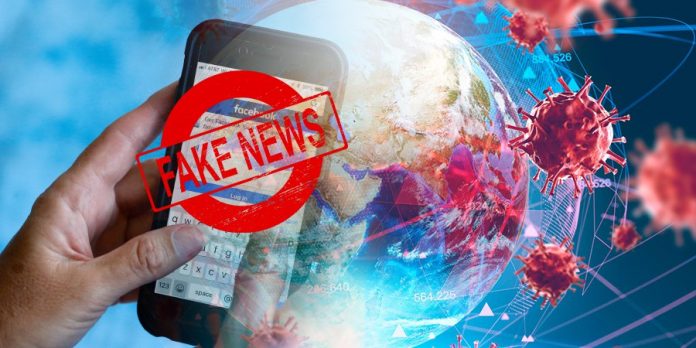 Disseminating “fake news” that threatens security, stability, and public order is now criminalized under legislation passed Wednesday by Algeria’s People’s National Assembly. Anyone convicted of spreading fake news can now be sentenced to between one and three years in jail and fined between DN 100,000 and 300,000 ($775 to $2,330).

The parliament also approved a significant increase in the penalties for contravening the country’s novel coronavirus curbs. Individuals who violate the confinement and put others’ health in danger can be imprisoned for a period of six months to two years. The legislation also increased the minimum penalty for breaking the COVID-19 lockdown from DN 3,000 to DN 10,000.

Blow to Press Freedom and Hirak

The false news legislation is another blow for the Hirak protest movement and press freedom in Algeria. Since April 9, three news sites, Intelligent, Maghreb Emergent, and Radio M, were reportedly blocked in Algeria for differing periods, leading press-freedom advocates to argue the new “fake news” laws will further facilitate government attacks on journalists and news outlets.

Committee to Protect Journalists (CPJ) North Africa Program Coordinator Sherif Mansour is increasingly concerned about press freedom in Algeria and has called on the country’s authorities to “set into motion legal reform so journalists cannot face criminal penalties for their work.”

“When Algerian authorities arbitrarily censor news media just because they don’t like to be scrutinized, they show exactly why laws that equate reporting with a criminal act are more than likely to be abused and pose a grave threat to press freedom,” said Mansour in response to a draft version of the amendments on April 22.

Reporters Without Borders (RSF) North Africa Director Souhaieb Khayati seconded the CPJ, saying the new laws are just another instrument the government can use to “muzzle the press.”

“Algeria is the country recording the largest numbers of deaths related to the coronavirus in Africa but authorities prefer to hound the free press,” said Khayati.

The Algerian government claims the new laws are about closing loopholes, protecting citizens’ lives, and curbing what the justice minister calls an “epidemic of false news,” stemming from the COVID-19 pandemic.

Minister of Communication Ammar Belhimer told the state-run Algeria Press Service (APS) that the combined efforts of “all people, notably technicians and jurists,” were required to adapt to the phenomenon of fake news that has grown exponentially “with the use of the web” and is used by some to “harm other people’s private lives.”

According to Justice Minister Belkacem Zeghmati, fake news authors “use social networks to spread terror and fear among citizens notably during crisis or exceptional situations,” such as the coronavirus pandemic.

He also told APS that the spread of false information is a “phenomenon which has impressively spread recently following the great development of media and new technologies.”

Legislation’s Only Motivation is Political

For Algerian League for the Defense of Human Rights Vice President Said Sahli, the new laws are just “another turn of the screw against freedoms.”

The amended penal code legalizes “the campaign of repression which for months has targeted activists of the Hirak movement, journalists and human rights defenders,” Salhi added.

The Hirak protests sprung up in response to Abdelaziz Bouteflika’s plans to run for a fifth term as president in February 2019. The protests have continued every Tuesday and Friday since, but were voluntarily abandoned in the wake of the coronavirus pandemic and national lockdown in Algeria.

A  year on from Bouteflika standing down, the protest movement continues but journalists, protestors, and activists remain in jail and are subject to arbitrary arrest and detention. “Le Pouvoir” (The Power), or political and military elite that has ruled Algeria for decades, remains strong and continues to implement legislation such as the “fake news” amendment that targets the Hirak.