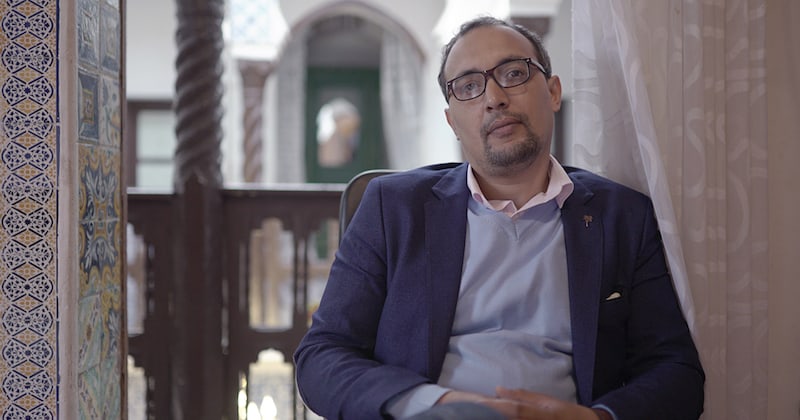 The International Prize for Arabic Fiction (IPAF) was awarded to Algerian engineer-turned-author Abdelouahab Aissaoui for his historical novel “The Spartan Court.”

In lieu of the usual glitzy awards night, the 2020 prize was this year “handed out” to Aissaoui via a virtual ceremony streamed on YouTube on April 14.

Aissaoui is the first Algerian to win the prestigious literary award, considered the Arabic Booker Prize. His winning novel, “Diwan Al isbarti” (The Spartan Court), is a work of historical fiction set in Algiers from 1815-1833. The story explores the French occupation and is told from the perspectives of five different characters.

In addition to increased international recognition, the IPAF comes with prize money of $50,000 and funding to produce an English translation of the winning title, sponsored by the Abu Dhabi Department of Culture and Tourism and England’s Booker Prize Foundation.

The Spartan Court was selected from a shortlist of six novels, including works by Algerian, Egyptian, Iraqi, Lebanese, and Syrian authors. 2020 Judging Panel Chair Muhsin al-Musawi said the “stylistic brilliance” of “The Spartan Court” set it apart from the competition.

“Readers gain a multi-layered insight into the historical occupation of Algeria and, from this, the conflicts of the entire Mediterranean region, with characters embodying different interests and intersecting visions,” al-Musawi said.

“With its deep, historical narrative structure, the novel does not live in the past, but rather it challenges the reader to question present reality,” the 2020 Judging Panel chair added.

In a February interview Aissaoui said the inclusion of two Algerian authors on the IPAF shortlist was evidence of the country’s literary renaissance. “I hope it will be an Algerian win, especially since no Algerian has ever won it,” he confided to ArabLit’s Nadia Ghanem.

Now with the award in hand, the electromechanical engineer from Djelfa said the prize represented a dream come true, but also an added layer of responsibility and higher expectations for his work going forward.

“Winning the Prize is a great prospect and dream to which every novelist with a project aspires, but it also means greater responsibility, as it raises the expectations of readers, those interested in literature and critics, when they read the successful book and future works by the writer,” said Aissaoui after being awarded the prize.

“It will not be easy for a novelist like me, who always aims to create something exceptional, to keep hold of this literary advantage, if my literary project is not continuously expanding,” Aissaoui stressed.

Road to the ‘Arabic Booker’

Engineering and creative writing may seem worlds apart, but Aissaoui credits his mathematical brain with helping him to neatly organize his novels, especially a complex polyphonic work like “The Spartan Court.”

“Mathematics are especially helpful, because there is a logic that guides the novel as events are based on causality. Engineering opens an important space for imagining a narrative space in all its multiple dimensions,” he said.

Aissaoui’s organization and attentive historical research have not detracted from his ability to craft touching, relatable characters and scenes that truly bring 19th century Algiers to life, according to IPAF Board of Trustees Chair Yasir Suleiman.

“[The Spartan Court] is a captivating tale, a tale of many voices, truths and falsehoods. It goes back in history to excavate the past and permeate the present with intertwined narratives that keep the reader glued to its enchanting characters and their tortuous fortunes,” Suleiman said.

He continued that “its many bittersweet vignettes, and their rootedness in place and time draw the reader to worlds with myriad tones of color, sound, and smell. Abdelouahab Aissaoui has given us a work to celebrate and remember during these anguished times. For this we are grateful to him.”

Aissaoui is still a relatively young writer by literary standards but his success is not unexpected given that all his novels to date have been met with critical acclaim.

“Jacob’s Cinema” (2012) received the President of the Republic Prize, “Mountain of Death” (2015) was awarded Algeria’s Assia Djebar Prize, “Circles and Doors” (2017) took the Kuwaiti Suad al-Sabah Novel Prize, and “Testament of the Deeds of the Forgotten Ones” (2017) won a Katara Novel Prize for unpublished novels.

Recognized as a rising star of the Algerian writing scene, Aissaoui credits his rapid improvement to his participation in IPAF’s Nadwa workshop series in 2016.

“This experience had a great impact on an artistic level; it clarified many points that had been absent from the artistic aspect of the story I was writing,” the writer acknowledged.

Four years on the wheel has turned full circle and Aissaoui stands proudly as Algeria’s first “Arabic Booker” winner. As for his next novel, Aissaoui hinted that “it won’t be historical in a literal sense, but it will rely on history,” and based on his compelling canon of works to date, it will be one to watch out for.