The Friday parade is honoring healthcare workers instead of military splendor. 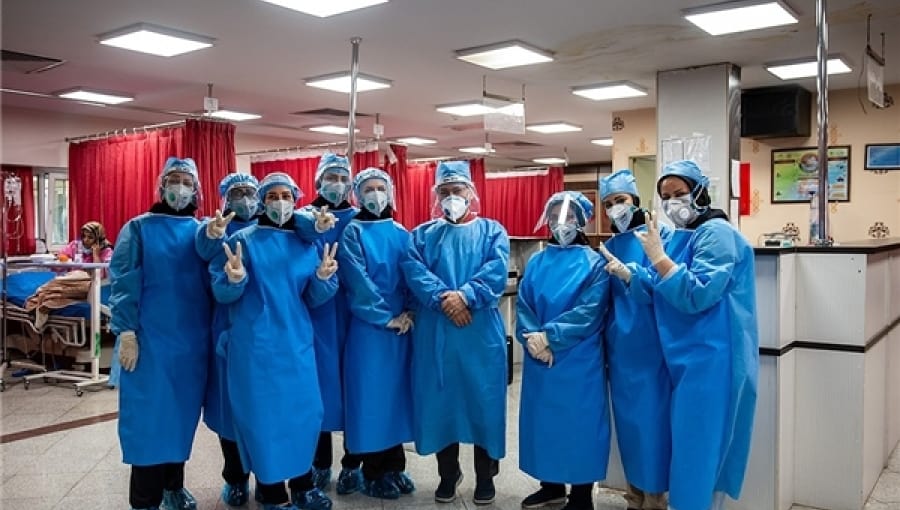 Iran traditionally uses its ‘Army Day’ to ‘frighten’ the world with missiles and a show of military force. Today, however, was no day for bravura and pomp, instead the day became a reminder of the war Iran is currently losing against COVID-19.

In a war against a virus, medical staff and equipment become the only weapons. In order to honor its “Defenders of the homeland,” the Iranian government decided to have a small parade showing medical staff and COVID-19 related medical gear.

The move comes as the number of novel coronavirus-related deaths in Iran edges towards 5000. The country’s struggle against the virus has led to the unprecedented release of 85,000 prisoners and repeated requests for international assistance.

However, among the Iranian own population COVID-19 is not seen as a dangerous enemy, with only 40% of Tehran’s citizens ‘taking the virus seriously,’ according to Alireza Zali, head of the Iranian Coronavirus Taskforce in Tehran.

The event is most likely intended to shape popular opinion as the virus continues to impact daily life in Iran.

“The enemy now is hidden and doctors and nurses are at the frontlines of the battlefield,” Iranian President Hassan Rouhani said. Lack of international assistance for its crumbling economy have forced the government to lift lockdowns outside Tehran, where the infection-rate is deemed the most severe.

The Iranian opaque approach, especially in the beginning of its epidemic, has been roundly criticized but international partners in the Joint Comprehensive Plan of Action, a body meant to curtail Iranian nuclear ambitions, have urged for greater assistance and a loosening of sanctions. The EU, China, and even some traditional foes of Iran like the UAE have increased efforts to aid the Gulf state while the moves face opposition from the United States and Israel.