Fighting in Libya has re-intensified over the past 48 hours. On Tuesday Haftar’s forces responded to GNA gains, launching a sustained rocket attack on Tripoli. 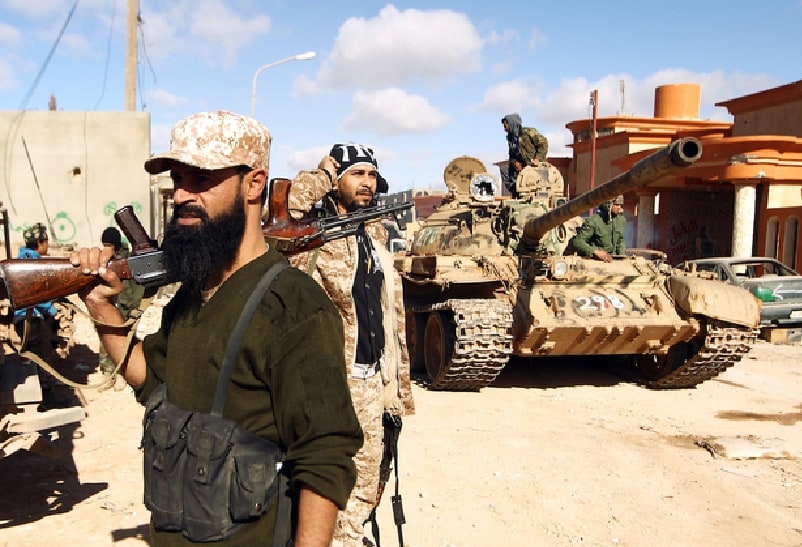 Libyan National Army (LNA) forces launched a volley of rocket attacks at Tripoli and the area around Misrata Airport in retaliation against the gains made by the UN-backed Government of National Accord (GNA) along the western coast over the weekend.

Round after round of rockets peppered Tripoli and its surroundings overnight, damaging several homes, according to French Press Agency (AFP) journalists. There are no reports yet of casualties but the GNA has criticised the LNA for allegedly targeting civilians.

“The criminal militia and mercenaries have taken out their anger on residential neighbourhoods of Tripoli to avenge their defeat, firing dozens of rockets and missiles on the capital indiscriminately,” said GNA military spokesperson Mohamad Gnounou.

Gnounou confirmed media reports, also announcing on Tuesday that GNA troops had retaken approximately 1,860 square kilometres of territory, held by forces loyal to General Haftar, centered around the cities of Sorman and Sabratha.

According to local municipal council authorities who recognize the LNA, drone strikes were a key feature of the attack.

“The sound of the drones above the city was like a beehive. There were many air strikes,” a local resident told Reuters.

The LNA said today on Twitter that the Government of National Accord burned down the Sabratha police station and conducted a number of public executions after retaking Sabratha and Sorman.

The same source is reporting that LNA troops captured a number of Syrian and Turkish fighters during April 13 and 14 ground assaults on areas surrounding Tripoli.

Sorman and Sabratha, which are 60 kilometers and 70 kilometers west of Tripoli, were held by forces loyal to Haftar. The general launched a bloody, but as-yet unsuccessful campaign to wrest control of the capital in April 2019.

The latest spate of fighting and rounds of rocket attacks on Tripoli come after a Shwerif-based group  cut off the water supply to approximately 2 million city residents for more than a week, before supply was restored over the weekend.

It appears the incident was unrelated to the general fighting and instead was “disrupted by a group in the Shwerif area as a pressure tactic to secure the release of family members.”

“Water should never be used as a pressure card nor as a weapon of war. It is particularly reprehensible to deliberately cut off water supplies from people anywhere in Libya,” UN Humanitarian Coordinator in Libya Yacoub el Hillo said on April 10.

“This deplorable water cut is coinciding with a serious power outage in the western region, also imposed as a result of another individual dispute,” el Hillo added.

In separate but similar circumstances, power was cut for a number of days prompting criticism from the United Nations Support Mission in Libya.

Meanwhile, the GNA ordered Turkish mercenaries to intervene, eroding its sovereignty and legitimacy in the eyes of the international community.

Sudan was again accused of sending foreign fighters into the Libyan conflict, but the Sudanese Ministry of Foreign Affairs staunchly denied the accusations in a statement issued on April 13.

In addition to repudiating involvement in the fighting, the ministry called for its “fellow Libyan brothers to stop the military escalation and fighting to end the human suffering of the Libyan people, and to mobilise efforts and resources to combat the coronavirus pandemic, which represents the greatest threat facing humanity at the present time.”

The Libyan civil war has become a proxy for a regional power struggle.

On one side, the UN-recognized GNA, based in Tripoli, led by Prime Minister Fayez Sarraj, is backed by Qatar, Turkey and Italy.

On the other is the Libyan National Army (LNA), led by General Khalifa Hafter and based in eastern Libya, supported by Egypt, France and Russia.