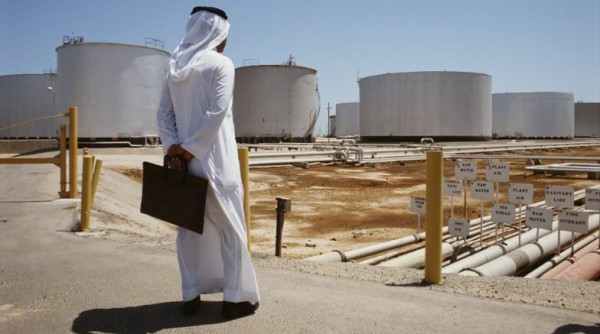 Saudi Arabia continues to reassure its foreign trade partners and allies that all is well in the kingdom, but depleting reserves of its central bank tell a different story.

The kingdom held impressive reserves prior to the pandemic, but the price-war over oil and a historic drop in global demand has resulted in a $27 billion drop in Saudi reserves. The Saudis still have a stockpile of $464 billion, showing that the nation is able to continue the downward trend for some time.

For most of 2020, Saudi-Arabia has been the focal point in a disagreement between Russia and the Saudi-led Organization of the Petroleum Exporting Countries (OPEC). As demand fell Russia and Saudi-Arabia could not agree on a production cut, causing t prices to spiral down. As oil prices fell with the COVID-19 lockdown, so did the demand for oil as the pandemic brought air travel, car use, and manufacturing to a near standstill.

Following a last-minute agreement in April to cut global oil production by 10 billion barrels a day, oil prices continue to fall as the ten% cut was deemed insufficient. Because global oil production continued unabated for months, the world is now facing an unprecedented oil glut as tankers and storage facilities are rapidly filling up.

The question remains whether the Saudi-led price war over its most precious resource was indeed a disagreement, or a purposeful strategy. Low-cost oil producers like Saudi-Arabia could stand to benefit if low oil prices force higher-cost producers out of business.

If the Saudi moves are part of a concerted strategy, the fall in reserves and increased deficit are a calculated cost in order to benefit from increased market share following the pandemic. Accusations that Saudi exports are threatening ten million American jobs in the US oil industry have brought the country into a confrontation with several US lawmakers.

A fleet of Saudi tankers is currently on its way to the US, carrying seven times the usual monthly US intake of Saudi oil. If these tankers arrive just when US oil storage reaches capacity and proceeds to dump their oil onto the US market, it could severely damage smaller US oil producers. Whether the kingdom would risk endangering its military alliance with the US remains to be seen.

As a Saudi-US stand-off is nearing in the West, in the East the country is facing competition from Russia. Saudi Aramco had offered significantly discounted oil prices to Eastern markets to increase its market-share as Russia begins to catch up with the Saudis after China imported 31% more oil from Russia last month.

The Chinese now import roughly 1.66 million barrels of Russian oil per day, while Saudi oil accounts for 1.7 million barrels. Both oil exporters are now nearly on a par, but the Russian 31% gain far exceeded the 4.5% gain the Saudi’s saw in exports to China.

It is difficult to determine whether the Saudis are playing a risky game to gain market share. They could simply be reacting to changing oil prices or could even be a victim of their own actions amid global trends in slumping demand.

The coming stand-off between the US and Saudi-Arabia over its tanker fleet and the developments in the Eastern market could change Saudi-Arabia’s fortunes for a long time to come. One thing is certain, Saudi decisions today will have far-reaching consequences for the nation as well as other oil-producing states in the Gulf.