US Undermines Global Institutions in a Time of Crisis

The US announced it is cutting funding to the WHO, and is delaying IMF liquidity boosts to struggling countries. 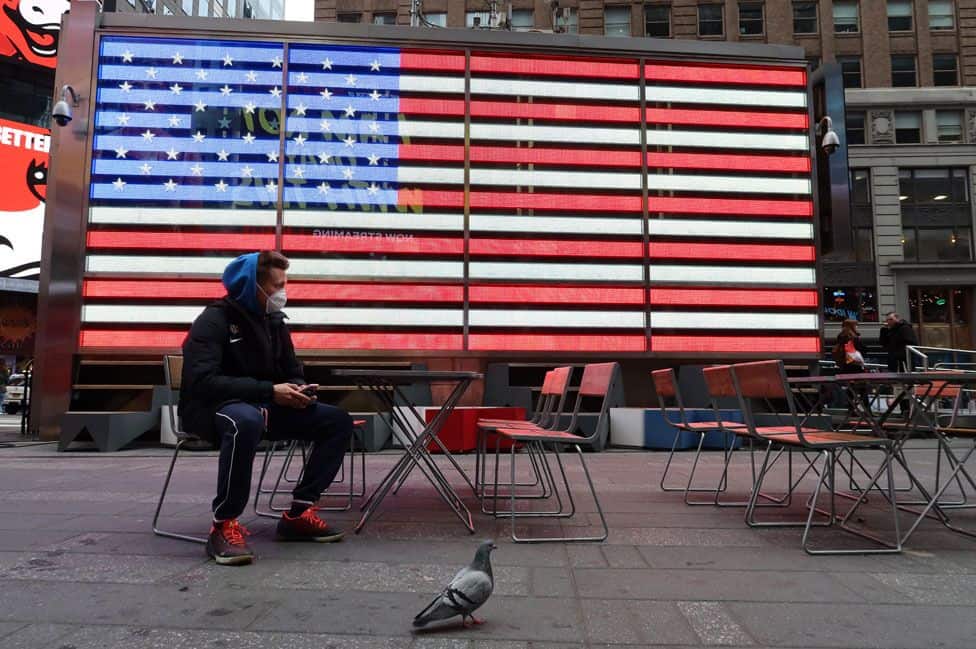 Donald Trump announced during his inauguration that his administration would put “America first,” but no one could have expected what happened this week. On Tuesday, April 14, the US president announced, “Today I’m instructing my administration to halt funding of the World Health Organization.”

In the midst of a global pandemic and with scientists begging politicians to work together and avoid casting blame, Donald Trump has passed on accusations against his own administration, applying them instead to the WHO. According to the US president, the WHO has “severely mismanaged” and “covered up” the spread of COVID-19. Trump highlighted the level of funding that the US pays into the WHO relative to China, and as its “leading sponsor,” Trump claimed the US has “a duty to insist on full accountability.”

Donald Trump criticized the WHO for its doubts over travel bans from China early on in the crisis, pointing to this decision as the reason for COVID-19’s rapid spread across the globe. “Travel bans work for the same reason as quarantine works,” the president said. Trump accused the WHO of misusing American funding and of hiding information.

“The WHO failed in its most basic duty and must be held accountable. It’s time, after all of these decades,” the US president said. One person who should not be held accountable is Donald Trump himself, according to his blunt accusations against the UN’s global health body.

As the US decision to stop funding the WHO draws widespread condemnation, the International Monetary Fund (IMF) similarly faces US opposition. German Chancellor Angela Merkel and French President Emanuel Macron have joined Abiy Ahmed, prime minister of Ethiopia, and Cyril Ramaphose, president of South Africa, in a call for the IMF to urgently provide liquidity to struggling nations.

By allocating “special drawing rights,” the IMF has the power to provide financial liquidity to countries in need of basic commodities and essential medical supplies, according to a statement by almost 20 world leaders, published yesterday by the Financial Times.. “No region can win the battle against COVID-19 alone,” the statement said. “This is not the time for division or politics but for unity and cooperation.”

The IMF allocates Special Drawing Rights (SDR) as a claim to currency held by IMF members, and the mechanism was widely used in the 2008 financial crisis.

The US is now delaying SDR allocation. The US would not benefit from allocating SDRs as much as developing countries would, as it already secured significant liquidity through its Federal Reserve.

“Blocking an SDR increase will simply force these countries to pursue less effective policy choices with adverse consequences for themselves and for the world economy,” Masood Ahmed, president of the Center for Global Development told the Financial Times.

CNN accused Donald Trump of releasing “propaganda” and “rewriting history” in reference to a campaign-style video released on April 14. The heavily edited video highlights the Trump administration’s efforts, but the video completely ignores the crucial month of February when the country did little to prepare for the crisis.

In February, Trump claimed that in warmer spring weather would make the virus “miraculously go away [sic].” He also claimed the virus was “very well under control” in the country and that the number of cases in the US would reach zero that month. During February, the president held several rallies with thousands of his supporters.

In recent days Trump has likened disagreeing state governors to mutineers, claiming he had “total authority” to reopen the country. Trump has blamed American media, the Chinese, and now the WHO for the current public health crisis playing out in cities and towns across the country.

With the US government facing dual health and economic crises in an election year, observers can expect much more maneuvering and blame-casting from the US president. American opinions are divided along partisan lines, as they have been for years. A fractured American political landscape appears to now pose a dire threat to important global institutions in this unparalleled global crisis.