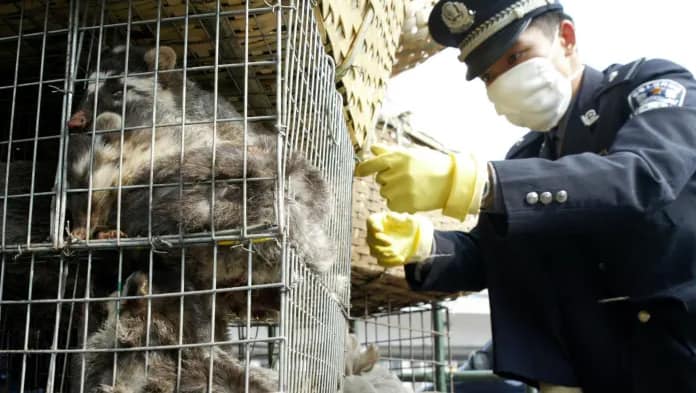 In most Western countries, slaughtering animals for meat is hidden out of sight. Those who eat meat rarely see the actual animal or how it meets its end. In other areas across the world, people often purchase meat at traditional markets directly after slaughter, a more gruesome but perhaps more honest way to eat.

Now, these traditional markets are under fire as Australian politicians try to frame them as the cause for the COVID-19 pandemic. Highlighting the markets as uniquely different and dangerous is nothing less than an effort to frame Chinese people as responsible for the novel coronavirus.

Pictures of Chinese people eating animals that Westerners do not commonly consume have spread on social media to make Chinese people look primitive or uncivilized. “Wet markets” are now a buzzword in Australia to frame perceived unsanitary Chinese behavior as a threat to Australians.

In reality, wet markets exist all over the world. Most souks in the Arab world and farmers’ markets across Asia and Latin America employ similar means of butchering and selling meat. In places where refrigeration options are limited, these markets are often the only option for buying fresh meat.

Internet users are depicting the sale of bats and other exotic animals at the markets to paint the Chinese as alien to offend Australian sensitivities. Millions of people around the world consume these animals in a way similar to British or American venison, pheasant, or locally caught seafood consumption.

Millions of East and Southeast Asians commonly eat bats, snakes, or lizards, and have been doing so for centuries. There is no specific preference for it in Hubei province, and the wet market where COVID-19 is thought to have originated did not “specialize” in selling such meats in a method that would threaten public health.

It is true that viruses like COVID-19 often transfer from animals to people through meat preparation or consumption. Eating wild animals increases this risk: Viruses that could have been contained to a certain remote species are exposed to those consuming the meat. However, similar threats exist in factory-farmed meat, a fact highlighted by the mass slaughters of pigs and chickens after the swine flu and avian flu pandemics in recent years.

Bird flu even reappeared in South Carolina this week, according to reporting by Capital Press. Still, few are contemplating calls for an outright ban on pork or chicken production or sales. Australian leaders are ignoring the fact that consuming bat meat is much more prevalent in Indonesia and the Philippines, where COVID-19 did not originate.

While a ban on hunting animals in remote forests and jungles is a good idea both for animals and humans as a whole, the focus on Chinese wet markets is nothing but a distraction offered up to anxious Australians. By making Chinese people and customs the “other,” Australian authorities divert their own responsibility and assign blame elsewhere.

Australian media have not helped to stem the racist trope, with the Canberra Times calling the markets “unfathomable,” “exotic,” and even “deadly and diseased.” Both sides of Australian politics appear focused on the issue. Anthony Albanese, head of the Australian Labor Party, specifically laid blame on China: “We need to make sure, and China needs to make sure, that this can’t happen again.”

The fact that the science-based World Health Organization (WHO) expressly approves the reopening of Chinese wet markets appears to have little impact on the Australian frenzy to blame China and its customs. “With adequate facilities, proper regulation and good hygiene practices it is possible to have safe food sold in wet markets,” the WHO told The Australian.

Similar to US President Donald Trump’s branding of COVID-19 as the “Chinese Virus,” Australian politicians’ obsession with Chinese wet markets appears to be nothing but an attempt to shift blame. Australia currently has 6,440 reported cases and 63 deaths, and the brazen campaign on wet markets reveals that Australia’s government is following a trend of diverting blame that people worldwide are admonishing Donald Trump for.

A common global consensus on eating wild meat would be beneficial, but Australia’s focus on Chinese wet markets has little to do with averting future viruses. Instead, it intends to create division and antagonism during a time when global cooperation and trust is essential.