“It Wasn’t Me” Donald Trump Uses Racism as Diversion Tactic

US President tried to shift blame while funneling money to business. 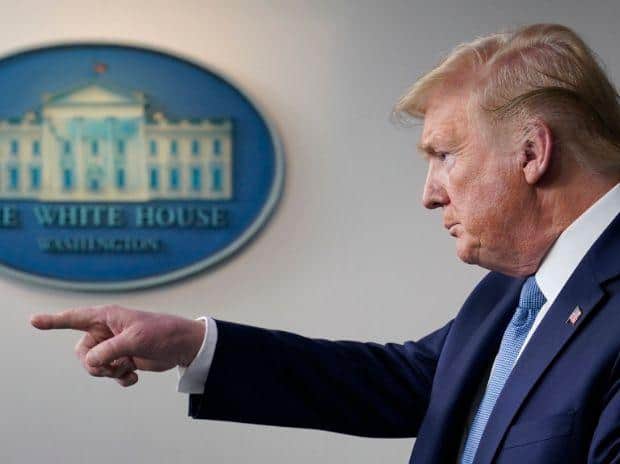 For years, US president Donald Trump has had a recognizable strategy when it comes to criticism: Don’t apologize, just attack. He combines this strategy with what American political experts call ‘whataboutism,’ a rhetorical trick to highlight the flaws of another to minimize your own.

Whenever he was criticized while running for president ‘what about Hillary Clinton..’ would be the immediate response. During his presidency he has used the Democrats to divert attention, and now it is basically anyone who is Chinese.

Whenever Donald Trump refers to the COVID-19 pandemic, he labels the virus as ‘the Chinese virus’, it is the Chinese government that is at fault for the current outbreak in the US, not Donald Trump.

I always treated the Chinese Virus very seriously, and have done a very good job from the beginning, including my very early decision to close the “borders” from China – against the wishes of almost all. Many lives were saved. The Fake News new narrative is disgraceful & false!

Ironically China is now reporting no new local cases, making it one of the countries where the virus is ‘under control,’ Donald Trump appears focused on making sure xenophobia and anti-Chinese distrust in the US is raised to a fever pitch. And, the more outrageous his statements, the more his political base supports him.

I only signed the Defense Production Act to combat the Chinese Virus should we need to invoke it in a worst case scenario in the future. Hopefully there will be no need, but we are all in this TOGETHER!

The Pew Research Center reports that whether or not an American considers the virus a threat or not, is now primarily linked to their political preference. Large swaths of right-wing media watching Republican voters now think COVID-19 was created intentionally in a Chinese military lab, think a vaccine is almost ready for use, and that the media is exaggerating the risks of the virus.

The United States will be powerfully supporting those industries, like Airlines and others, that are particularly affected by the Chinese Virus. We will be stronger than ever before!

Donald Trump’s rhetorical strategy is undoubtedly going to work with his base of supporters. With global xenophobia against Asian people on the rise, and America’s troubled past with Japanese internment camps during WW2, Trump is walking a dangerous line by stirring up anti-Asian resentment.

By pointing blame away from his government’s response, key flaws remain unaddressed, while racist tropes spread that could endanger global solidarity in this time of crisis.