Unidentified Men Board Chinese Tanker Near Strait of Hormuz

The US media has accused Iran of temporarily boarding Chinese oil tanker. 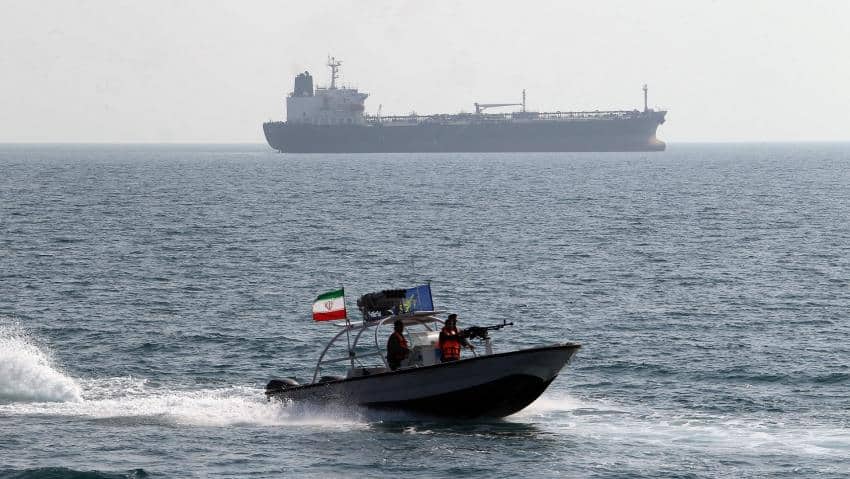 The 160m long chemical tanker’s 22 Chinese crew-members were unharmed, according to a Dryad Global report. It remains unclear whether the tanker was in distress and requested assistance from the Iranian coast guard or whether the event was aggressive in nature.

Global media were quick to describe the event as a hostile act by the Iranian Revolutionary Guard, but little evidence exists of any hostile intent by the boarding party. The boarding of the tanker did not result in any injuries or casualties and the ship was soon on the move again as the four small boats carrying the armed men returned to the Iranian coastline.

Fox News reported the event as being part of ‘heightened tensions between Tehran and Washington,’ but how the boarding of a Chinese ship is uncertain. The US, Israel and the UK have accused Iran of attacking tankers in the area in 2019. Some media outlets have described the attacks as an Iranian display of control over the Strait of Hormuz, but little evidence has emerged to conclusively assign blame.

If the US accusations of a hostile boarding prove correct, that would entail an unprecedented and unexpected level of hostility between Iran and China. The two countries that have often supported each other in recent times. China remains one of the few loyal customers for Iranian oil and China has been an outspoken advocate for international support in dealing with Iran’s COVID-19 crisis.

The United Kingdom Maritime Trade Operations organization released an alert saying that the Chinese vessel “had been boarded by armed men while at anchor,” before confirming its release and the ship’s captain regained control.

American media appear to consider the event an accident. Fox News reported that Iranian forces realized that the ship was Chinese after boarding it and abandoned their mission. Shipping data available to the public shows the ownership of any ship in transit across the globe. It is unlikely any military force would randomly board a ship, only to find out its registration by speaking to the crew. Websites like Marine Traffic display the name, cargo, and registration of all ships in the region, a resource any Iranian military unit would surely have access to.

Iranian state media has remained silent on the issue, sparking speculation that even within Iran the boarding remains a mystery to some degree.

The question remains whether any party in the region is served by increased tensions or hostilities. At a time when global shipping lanes are already seeing a downturn because of the global economic slowdown, no country in the region appears eager for conflict as COVID-19 remains a significant threat to most nations around the Gulf.

Dryad Global, the organization that first released the alert to the public, speculated that the move is part of an Iranian scheme to ‘distract’ from its COVID-19 crisis and exert pressure on Western nations to lift sanctions. How attacking a Chinese vessel and then releasing it would fit in this Machiavellian plot, the report did not explain.