Israel is banning inter-city travel and tightening curfews to prevent Israelis from spreading coronavirus during the upcoming Jewish holiday of Passover. 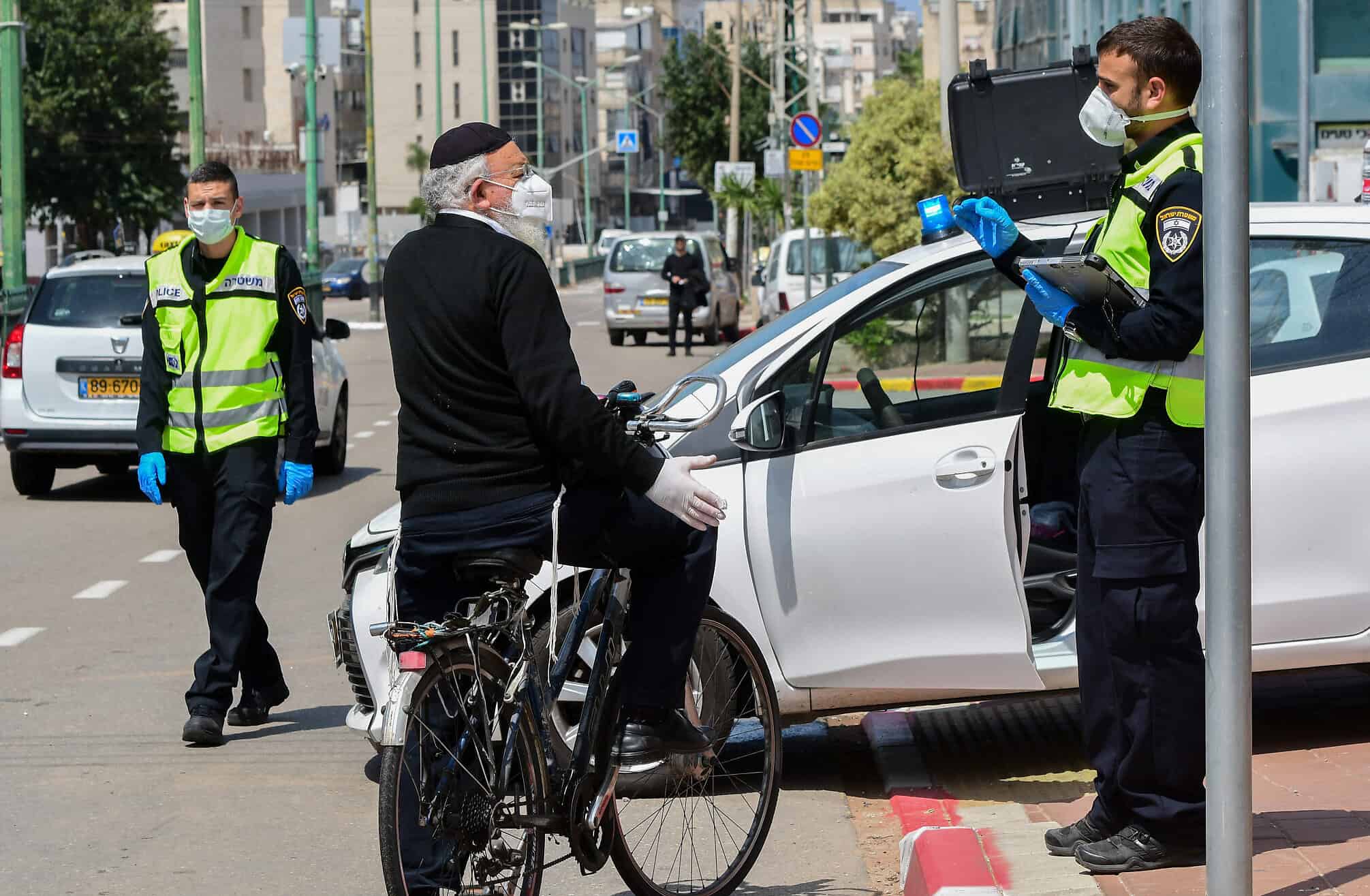 Israel’s cabinet approved new COVID-19 measures today, including a ban on travel between cities and towns from 7 p.m. on Tuesday, April 7 until 6 a.m. on Friday, April 10.

The existing curfew will be extended from 3 p.m. on Wednesday, April 8 to 7 a.m. on Thursday, April 9. The measure will prevent citizens from venturing farther than 100 meters from their homes at a time when they would normally travel to join family for a festive Passover Seder meal. All businesses will also close during this period.

Jewish people traditionally travel and gather with family to mark Passover and the Seder dinner, which focuses on the story of the Jewish exodus from Egypt.

“Every family will hold the seder alone, you will celebrate only with the limited number of family members now in your home,” Prime Minister Benjamin Netanyahu said in a televised address on Tuesday morning.

Jerusalem has been sectioned off into seven zones, with residents’ movement restricted to their respective zones from Tuesday to Friday. Israel’s Arab population will be exempt from the Passover Seder curfew restriction.

Netanyahu also said that if Israelis respect the new measures, and the curve flattens further, an “exit strategy” could be rolled out soon.

“There is a realistic chance that if the trends continue, we’ll begin to gradually exit from the lockdown after Passover and Mimouna (the day after Passover),” said the prime minister.

“It depends on you. It depends on the fulfillment of the tough directives… Don’t get complacent,” Netanyahu stressed.

Anyone who ventures outside in Israeli is now required to wear a protective face mask. Under the curfew, citizens are only permitted to go beyond a 100 meter radius from their homes to purchase essentials or access medical treatment.

As of Tuesday, April 7, there were over 9,000 recorded cases of COVID-19 in Israel, including 60 deaths. According to the Health Ministry, 113 coronavirus patients are currently on ventilators, and the ministry was quick to assure Israelis that the country now possesses a stock of 3,000 life-saving machines.

Religious practices and holidays have been disrupted around the world as the COVID-19 pandemic forced the closure of places of worship and restricted worshippers’ movement.