Iran admitted to "unintentionally" shooting down a Ukrainian passenger jet, killing all 176 people on board. 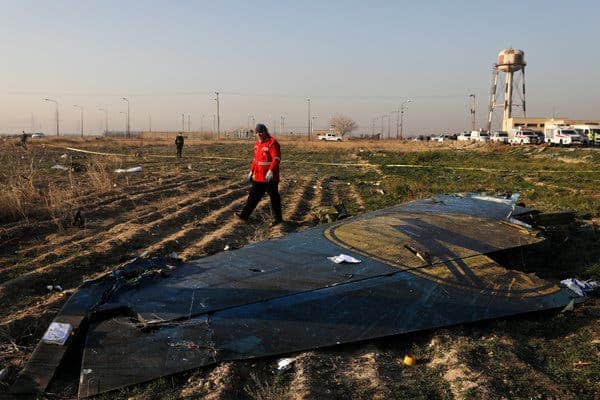 An Iranian missile hit the Ukrainian passenger plane on January 8 when the Iranian defenses were on high alert. Iran had been anticipating US retaliation for Iranian strikes on American forces in Iraq, which came in response to the US killing General Qasim Soleimani on January 3.

Norouzi said that the Revolutionary Guards were justified in shooting down the Ukrainian civilian airliner. Contrary to official allegations, he continued, no one has been arrested or held accountable.

The parliamentarian said the plane was under external control and Iran had no choice but to shoot it down and argued it is not reasonable to arrest those responsible for the downing.

He also alleged the plane’s “security system was hacked and intercepted” while in Israel a week before the incident.

In the immediate aftermath of the downing, Iranian civil authorities insisted that the cause of the crash was a technical failure, denying reports of an intentional missile strike.

Iran then admitted on January 10 that the plane was shot down due to “human error,” and President Hassan Rouhani said investigations will continue to ensure the prosecution of those responsible.

The commander of the Air Force of the Iranian Revolutionary Guards, Amir Ali Haji Zadeh, claimed full responsibility for the incident. However, he has not faced any official legal action.

The majority of the plane’s passengers were Iranian civilians. Passengers from Afghanistan, Britain, Canada, Sweden, and Ukraine were also on board.