As the world watches the days go by with no rebuke to Israeli annexation plans, Palestinian PM Mohammad Shtayyeh has asked the EU to threaten sanctions.

On September 10, 2019 a Middle Eastern national leader promised voters he would commit a crime against one of the pillars of international law and break with the Charter of the United Nations. Since that date, that national leader has won reelection and has provided even more details of how and when they intend to commit these crimes against the international community and the rules that bind us together.

The announcements have been met with a deafening silence, occasionally interspersed with ineffective diplomatic rhetoric and posturing by the powerless.

With one month left until the date Israel has indicated it will invade Palestinian territory and claim the land and its resources for its own, no one has lifted a finger to force Israel to abandon its plans. The silence must sound like music in the ears of Israeli Prime Minister Benjamin Netanyahu.

Israel’s head out state appears fully aware that as long as the United States backs him, he is free to commit crimes against international law.

It is in this strange paradigm that Palestinian Prime Minister Mohammad Shtayyeh is trying to find a way to stop the coming invasion. With all the UN’s rules and resolutions on his side, Shtayyeh’s government still stands powerless before the imminent annexation.

In a desperate last plea for adherence to international law, Shtayyeh on June 9 made a statement to try to ensure “Israel does not get away with murder.” “We’re waiting and pushing for Israel not to annex, if Israel is going to annex after July 1st, we are going to go from the interim period of the Palestinian Authority into the manifestation of a state on the ground,” Shtayyeh stated.

If, or when, the state of Israel does choose to proceed with the annexation of vast swaths of the West Bank, Palestine will declare statehood on the basis of the borders established after the 1967 Six-Day War, Shtayyeh said. To prevent this, Shtayyeh is asking the international community to intervene and put genuine pressure on Israel to stop its plans.

The threat of EU sanctions and a possible preemptive recognition of Palestinian statehood would suffice, according to Shtayyeh.

The question remains whether any nation will do so. Only the state of Jordan has so far offered a defensive alliance to Palestine, committing to war if an invasion occurs. The rest of the international community, including most Arab states, have simply mused over the “threat to the peace process,” as if any peace process could remain after a unilateral attack on Palestinian land.

“I think the British government and all European governments are really looking at this very seriously. The tone I have heard was very different, too,” Shtayyeh said of his conversations with European heads of state. How serious these governments will take it remains to be seen. Most countries as of yet appear reluctant to threaten sanctions, even over an obvious breach of a legislated world order.

The consequences for Palestine, and for the world, will likely unfold in June, when we will all be treated to the empty spectacle of “international outrage,” as politicians will too late decry Israeli violence and civilian casualties. 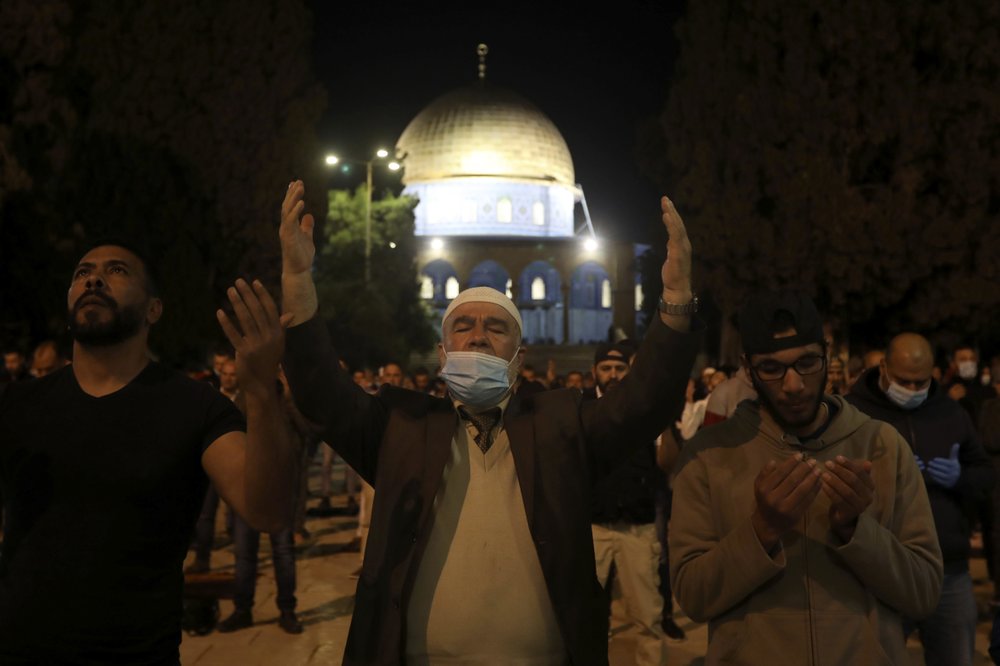