Four countries are already feeling the impact of the November presidential elections in the US. 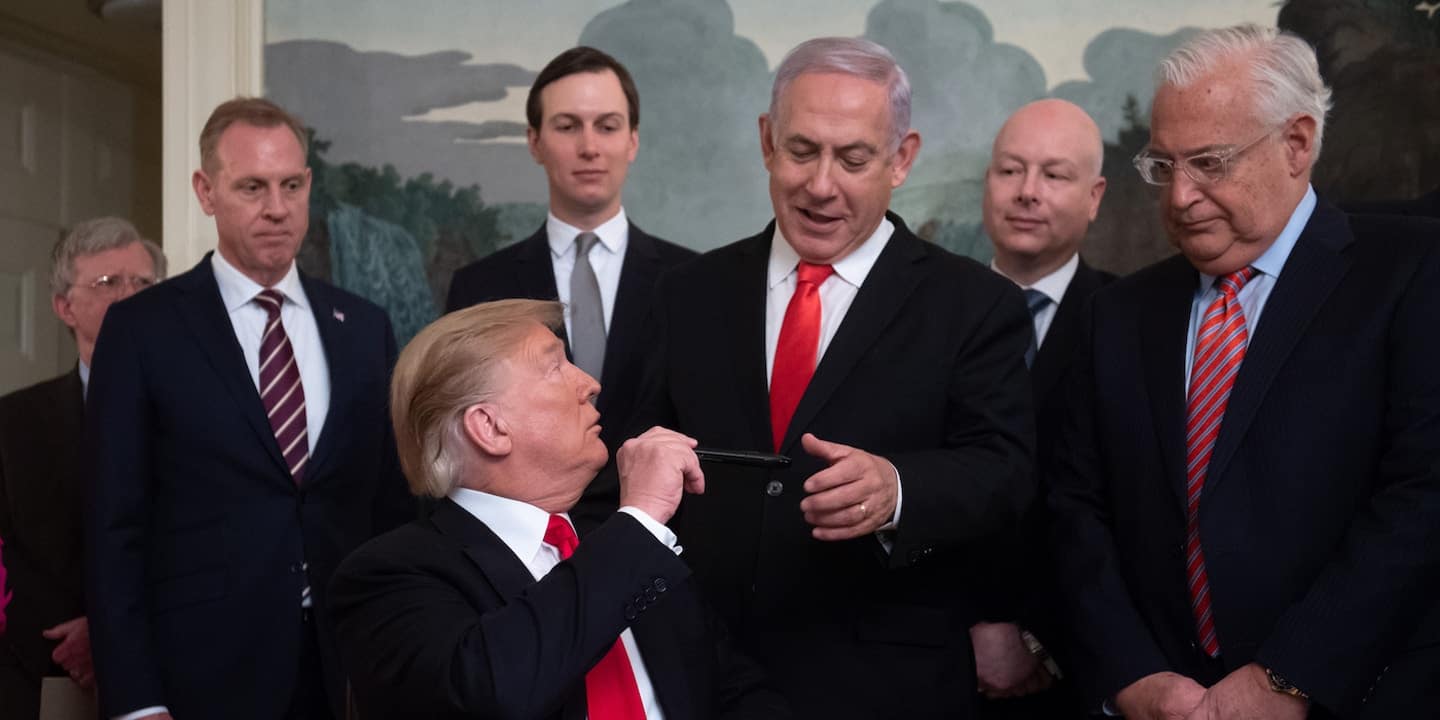 The presidential elections in the United States are still months away, but the MENA region is already going through changes directly linked to the event. US President Donald Trump appears eager to use US foreign policy to distract from a COVID-19 response that has so far resulted in more than 100,000 deaths in the richest country on Earth.

The fate of Afghanistan, Iran, Iraq, and Palestine could depend on what the current US president is willing to do in order to win his reelection campaign. The early signs appear to be worrying:

The country of Afghanistan is still embroiled in a violent struggle between the Taliban and the national government, but the US military is rapidly withdrawing after it signed a unilateral peace agreement with the Taliban. For Trump, the country appears to present an opportunity to fulfill his 2016 election promise to bring troops home from the Middle East.

Ever since, the Taliban has avoided targeting US forces and instead can focus all its efforts on the national government. Negotiations between the warring parties have been made more difficult because the earlier US-Taliban agreement promised the release of 15,000 captured Taliban members. With no prisoners left to trade, the agreement effectively took away the government’s leverage in future negotiations.

Afghanistan is anything but stable, despite a current lull in violence following the Eid al Fitr festival. A rapid withdrawal of US forces, mixed with a $1 billion cut in aid to the country, could spell doom for efforts to realize democracy, gender equality, and peace in Afghanistan. The Pentagon has offered several withdrawal proposals to Trump, one of which aims to withdraw most troops by election day.

Posturing in Iraq and Iran

In Iraq the sentiment appears to be the polar opposite. Following a decision of the Iraqi parliament in January, the country would like the US to withdraw as soon as possible. But Iraq has become the battlefield on which Iran and the US seem to want to fight out their differences. Rocket attacks on US bases are met with retaliatory airstrikes as the cycle of violence continues.

The importance of Iraq in the posturing between Iran and the US has become a major threat to Iraqi sovereignty and has turned the fate of the country into a political win-or-lose in American politics.

Neighboring Iran is facing increasingly crippling sanctions that compound with the local coronavirus epidemic into a toxic mix of perpetual suffering for common Iranians.

The need to prove strength heading up to the election through hostile posturing against Iran has led to damaging actions. US officials are going to extreme lengths to try to hide even the smallest sign of constructive dialogue between the two countries.

The biggest impact the 2020 elections could have on the Middle East will likely materialize in early July. Israeli Prime Minister Benjamin Netanyahu has called the current moment the most “historic opportunity” to expand Israeli borders since 1948. US Secretary of State, Mike Pompeo made a physical visit to Israel, uncommon during the pandemic, for conversations that “required a face-to-face meeting,” according to Pompeo.

Israeli politicians are now openly discussing the invasion and annexation of swaths of the West Bank in what the UN calls “destructive unilateral action.” Netanyahu has gone as far as saying, on May 28, that Palestinians in annexed territories would effectively become stateless.

Besides the blatant illegality of the act according to international humanitarian law and the UN, Netanyahu and Trump both appear to see annexation as a political win. Following the controversial Jerusalem embassy move, Trump said, “The Jewish people appreciate it, but the evangelicals appreciate it more than the Jews, which is incredible.”

“Allowing” the annexation of part of the West Bank is no more than a political win for Trump, galvanizing his base and outraging those that his followers most despise.

Without the pain of US “boots on the ground,” Trump will not only be able to claim a military victory. He might be able to claim the mantle of a wartime president during the elections that could reshape the Middle East.

Regardless of who eventually wins the election, Trump’s machinations to distract from his country’s COVID-19 death toll could result in irreparable damage at home and abroad