Erdogan Concedes to US in Letter to Trump

After months of posturing and bluffing, the Turkish president has called for 'spirit of solidarity’ from the US. 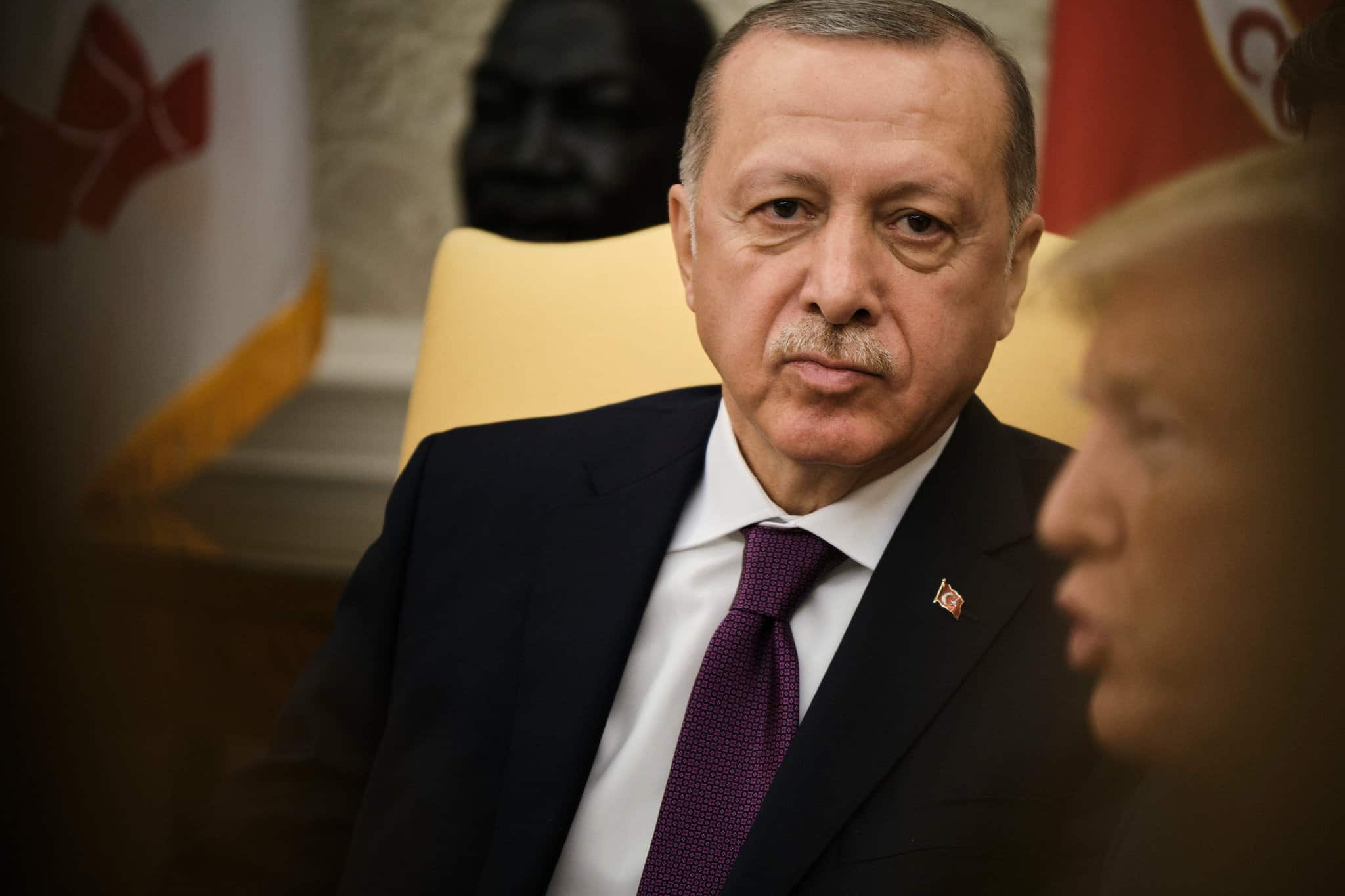 On April 28, Turkey sent the United States a peace offering in the form of a Turkish military plane loaded with medical equipment. The A400M military plane landed at Joint Base Andrews in Maryland with a letter from Turkish President Recep Tayyip Erdogan to his American counterpart.

The Turkish president struck a conciliatory tone in the letter.

“I hope that in the upcoming period, with the spirit of solidarity we have displayed during the pandemic, Congress and the US  media will better understand the strategic importance of our relations,” he wrote.

Erdogan’s message and its accompanying gift of medical supplies signal a significant shift in Turkey’s attitude.

A reversal of tone

The Turkish move has highlighted the dire conditions in the country, despite initially boasting of an absence of COVID-19 infections due to ‘superior Turkish genes.’ Once the virus started spreading through Turkey, ineffective government action resulted in an explosion in infection rates in the country, with many going undetected.

Erdogan’s message shows a reversal of fortune and attitude. In October of 2019, Trump had similarly sent a letter to Erdogan, about Turkish foreign policy adventuring in Syria. Erdogan made a show of making sure the media knew he had thrown the letter in the trash without reading it.

In the letter, Trump told Erdogan “Don’t be a tough guy. Don’t be a fool!” after it had become clear Turkish troops would launch a military offensive against the Kurdish Syrians that defeated ISIS. Vice-president Mike pence had visited Ankara to unsuccessfully negotiate a ceasefire.

Erdogan was playing a dangerous game. By buying Russian anti-air missile batteries, he attempted to play Russia and the US off each other. The scheme was reminiscent of strategies from the cold-war, where countries like Somalia successfully gained concessions and aid from both the US and USSR.

Any friction between the US and Turkey has been purposefully flamed by Erdogan who had hoped to benefit from Turkey’s position as NATO’s second-largest army. Turkish investment in the Joint Strike Fighter program would surely mean the US would do whatever it takes to persuade Turkey from implementing Russia’s advanced anti-air missile system.

But the plan seems to have backfired, as weeks after Turkish officials announced the installation of the Russian system was approaching without delay, Turkey’s top official is now mending relations. The awkward failed gamble has cost Turkey in both money and prestige, with the US coming out as the winner as Erdogan comes begging for better relations.

The Trump Administration was quick to embrace Turkey’s move. “We thank Turkey for their generous donation of medical supplies and protective equipment to help us fight COVID19 in our hardest-hit areas,” US Secretary of State, Mike Pompeo said on Twitter.

“Americans are grateful for your friendship, partnership, and support,” he wrote.

In contrast to Erdogan’s posturing in October, the US appears to capitalize on Turkey’s moment of weakness to ensure its interests will prevail.

Turkish media widely reported the arrival of a single Turkish plane with goods. In contrast, China and tiny Gulf state Qatar have exchanged tonnes of mutual aid, while Egypt is receiving planeloads full of Chinese advanced medical equipment every few weeks. The Turkish plane full of gloves and masks clearly was meant as a signal of Turkish surrender more than anything.

The humiliating turn of events will have been a difficult choice for Erdogan. As most powerful nations have continued their geopolitical games throughout the crisis, Turkey appears unable to carry on with its dangerous bluff as COVID-19 cripples the nation.

For the Turkish people, the wasted resources and efforts will be a hard pill to swallow as the nation needs effective leadership amid its government’s petty political games, repression and failed COVID-19 strategy.