Erdogan has spent a lifetime consolidating power. What has he done with that power? 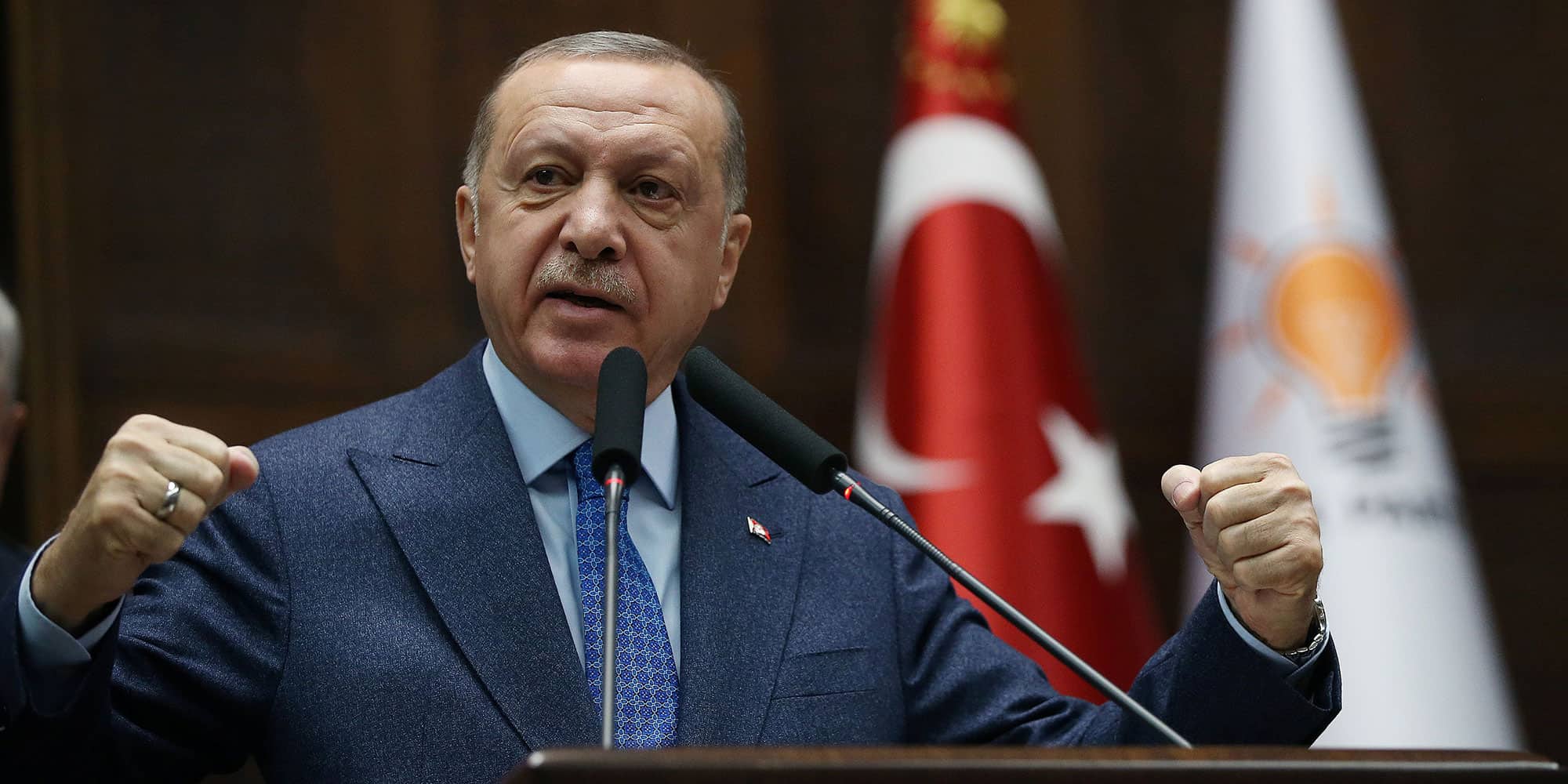 The COVID-19 pandemic is revealing mismanagement and incompetence in Recep Tayyip Erdogan’s policies and tactics, after the president’s 17 years as the head of the Turkish state.

For the better part of three decades, Recep Tayyip Erdogan has been an active participant in Turkish politics. He grew up in the secular state envisioned by Mustafa Kemal Ataturk, founder of the current Turkish state after the fall of the Ottoman Empire, following the First World War.

Erdogan attended one of the few remaining religious schools in a country with a specific goal: Creating a secular society. The leader’s resistance to Turkey’s secular nature grew over the years. As a child, Erdogan often felt discriminated against for his faith. Erdogan grew up in a country that faced repeated coups as the military used its power to maintain the state’s secular nature, as envisioned by Ataturk.

The chaos in the country meant economic development was weak, causing many of Erdogan’s countrymen to migrate to Europe or the United States seeking better economic opportunities. Erdogan first experienced politics as at a young age as part of an anti-communist student union. At the time, he had joined a national Islamist party, where he quickly rose through the ranks to become head of its youth branch.

Erdogan’s political instincts helped him become mayor of Istanbul in 1994, where he was generally successful in solving day-to-day problems. The now-president was shaped by his first foray in National politics when the Islamist party he supported was declared illegal because of alleged anti-secular tendencies. Authorities arrested and jailed Erdogan after he read a controversial religious poem on charges of inciting violence and religious hatred.

The conviction meant a ban from national politics but his time in jail made him a nationally recognized figure. Erdogan used his new popularity to found the conservative Justice and Development Party (AKP). In 2002 he participated in national elections and his party won over one third of the vote. The victory allowed AKP to form its first national government, but Erdogan was unable to become prime minister as he still faced a ban from political participation. Authorities lifted this ban in 2003, and Erdogan was able to rise to the top of Turkish politics.

Erdogan’s party’s victory in 2002 was seen internationally as a sign of further democratization in Turkey. During its first five years in power, resistance grew against Erdogan’s conservative tendencies. In 2007, hundreds of thousands of Turkish citizens took to the streets to protest a possible Erdogan candidacy, but the AKP party won the election with 46.7% of the votes.

The more power Erdogan gained, the more he used it to further consolidate power. He limited the power of the military, which had repeatedly prevented Turkish desecularization, but his advocacy for Turkish membership in the European Union (EU) limited international criticism.

A lifetime of seeing religious political parties banned made Erdogan skilled in promoting “conservatism” without explicitly calling for Turkey to become more religious. The AKP was the first Turkish party to win three consecutive elections in 2011, and the political and economic stability resulted in a rising standard of living.

Erdogan’s government faced a number of resignations and political turmoil in 2013 but he used his power to overhaul the judiciary and limit freedom of the press. When in 2014 his own party rules prevented him from running for prime minister again, he instead ran for president. The function of president was mostly ceremonial at that point, but Erdogan transferred powers from the prime minister to his new position.

Turkey’s transition into a conservatitve religious state became clearer when he declared gender equality to be “against the rules of nature” and restricted acces to abortions and alcohol.

The Turkish military intervened to keep Turkey secular in 2016, not for the first time. Erdogan framed the intervention as a “coup” by a religious leader in exile and used the resulting chaos to further solidify his power. He declared a state of emergency and detained 40,000 Turks while removing over 80,000 people from their jobs as judges, prosecutors, teachers, or academics.

The following year he forced a constitutional referendum upon the Turkish people. In elections deemed questionable by foreign election observers, he won 51.4% of the vote to give himself unprecedented new powers. By creating an “executive presidency,” Erdogan abolished the position of prime minister and curbed parliamentary power, extending his possible rule to 2029.

As Erdogan used his political powers to establish himself as the most powerful person in Turkey, he took a page out of Vladimir Putin’s playbook and built national support through aggressive foreign policy. As Erdogan’s power at home grew, his foreign policy posturing became more brazen.

Early in his career Erdogan was hailed as a force that would bring the EU and Turkey together, but as his power increased, so did his international combativeness. The leader leveraged the presence of refugees destined for Europe in order to gain major financial support. As the Syrian civil war evolved and hundreds of thousands fled north, he used European xenophobia and fear of mass immigration as a political tool to gain concessions.

Erdogan built a relationship with Donald Trump in 2012 when Trump licensed his name for an Istanbul “Trump Tower.” Erdogan used his friendship with the unexpected 2016 presidential victor to gain an unquestioning ally with a reverence for political strongmen.

The Turkish president leveraged his friendship with Trump into a US troop withdrawal from Northern Syria as Turkey planned an invasion. The US abandoned their Kurdish allies that had done much of the “dirty work” in defeating ISIS, and cleared the field for Turkish control.

Erdogan’s friendship does not guarantee loyalty, as Trump learned when the Turkish president entered into a rapprochement with Russia. Turkey’s role as NATO’s second largest military positioned Erdogan as an important international player, but his decision to purchase Russian S-400 weapons systems quickly soured the relationship. Erdogan is currently using the threat of the Russian system to secure concessions from Europe and the United States, a ploy that might easily backfire.

Turkey signaled its increasing role as a prominent power in the Middle East by intervening in the Libyan civil war. Supporting the UN-backed Government of National Accord, Erdogan shipped thousands of Syrian mercenaries to the already chaotic battlefields of Libya. The Turkish intervention in Libya rebalanced the equilibrium of power and is sure to extend through the length of the brutal conflict.

Erdogan’s political acumen and posturing gave him unprecedented political power in Turkey and the Middle East, but gaining power is different than effectively wielding it. The difference between the two became clear after a bungled response to the COVID-19 pandemic.

As the novel coronavirus spread across the globe, Erdogan proudly announced his country to be free of the virus, and his party even insinuated that Turkish genetics came with immunity. For weeks Turkey boasted about its COVID-19 status until citizens returning from Europe started raising the alarm at airports.

Within three weeks, Turkey went from announcing the absence of the virus to admitting it had over 30,000 infections. The scale of the crisis proved much bigger than the reported cases suggested. On April 2, Turkey had to admit that 601 of its medical personnel dealing with the crisis were infected themselves.

Hundreds of Turks died by April 4 and the government’s focus shifted to performing as many tests as possible. Erdogan has now implemented many of the restrictions seen in Europe, but the opaque nature of his approach means Turks have no idea in what province or city the virus is most prevalent.

Turkish medical staff have publicized fears that Turkey’s outbreak could follow Italy, as local healthcare professionals estimate the presence of thousands of unreported cases. The news highlighted Turkey’s diminished free speech as one doctor who questioned the numbers “released an apology” for the act on Twitter.

Erdogan’s decades of rule have left the Turkish state incapable of handling the crisis. Limits on press freedom resulted in a state of confusion and fear, and the public does not know what numbers to trust. The 2016 crackdown led to many qualified administrators, teachers, and academics finding themselves unable to assist when they are most needed. Skepticism about government announcements has resulted in many people dismissing advice to wash hands and maintain social distancing.

The Turkish president is clearly skilled at the political game. He rose by consolidating the power of democratic institutions in his hands. If Erdogan was a skilled administrator and manager of the state, this would result in swift government action similar to what is seen in Saudi Arabia or the UAE. Instead, the COVID-19 crisis is revealing that Erdogan has grabbed more power than he can effectively wield.

Erdogan continues to play games with foreign policy. He holds the lives of refugees in his hands as a negotiating tool against the EU and continues to push NATO in order to get concessions. All of Erdogan’s political skills will not mask the catastrophe his policies have created in Turkey. No propaganda or political tricks can hide that as of April 7, Turkey has become the nation with the fastest rising infection rate in the world.